Patently Apple's first smartpen related patent report dates back over 6 years ago to July 21, 2009 to be precise. An idea from concept to product takes time. Most rumor centric Apple fans don't have the patience for what could be down the road. Many Mac cultists held on to an old Steve Jobs quote that became a key doctrine of Naysayers for evermore. Even in the face of evidence that the same Steve Jobs approved their R&D department to continue to develop a next gen Smartpen to the tune of 35 or more patents, the naysayers didn't believe it. Well, today, all of those naysayers are either hiding under a rock or screaming blue murder in the comment section of a new Telegraph report titled "People think the $99 Apple Pencil is an 'insult to Steve Jobs' legacy'." These blind extreme cultists just can't believe that Apple under Tim Cook contradicted Steve Jobs. While most will find it funny, it's really sad that people get so stuck in the past and can't let go. In contrast, Apple fans who like to follow Apple's trail of inventions were richly rewarded today when Apple introduced the Apple Pencil.

In December 2014 we posted a report titled "The Apple Pen will have to Conquer Latency if it's to be a Winner." A month later an Apple patent came to light about that very issue which we covered in a report titled "Apple Invents a Superheterodyne Pen Stimulus Receiver to Overcome the Classic Stylus Latency Problem." Today Jony Ive told us that the Apple Pen is highly responsive with virtually no lag. He noted that "The tiny delay between when you begin drawing and the time it appears on the screen — has been reduced to an almost imperceptible level." Did Apple deliver that all-important feature? Time will tell as it only arrives in November.

So when Apple says that Apple Pen is completely familiar, yet entirely revolutionary, it's because each of Apple's 38 patents covered individual aspects of a future pen. It takes time to invent a revolutionary product. Advanced products aren't hatched, they're developed over time.

In 2012 we posted a patent report titled "Apple Sheds More Light on their iPen & Graphics Program." Buried in that patent was a segment dedicated to use of 'tilt' as follows:

"As one example of how an output may be adjusted, the width of the line created by the graphics editing program may be adjusted according to the tilt of the haptic input device #101 relative to the touch screen to simulate writing with a calligraphy pen or painting with a paint brush.

Additionally, the angle and/or thickness of the line may be adjusted according to the tilt of the haptic input device 101 relative to the touch screen, with a higher tilt corresponding to the creation of a more slanted, thicker or angled line, for example. (Alternative embodiments may vary the effect of the haptic input device's tilt angle on an output generated by the user input device.) Thus, a single haptic device may be used to create a line of varying thickness or depth of color in a single stroke, or another output that varies physically or temporally in response to changes in pressure, capacitance, angle and the like during a continuous input."

Today Apple tells us that "Two tilt sensors built within the tip of Apple Pencil calculate the exact orientation and angle of your hand. As you naturally write or draw, the relative positions of each of these sensors can be detected by the Multi-Touch display."

By being patient and letting the patents speak for themselves we were able to properly archive many of the technologies that could be found in the current Apple Pencil. You could review Apple's many Smartpen patents in our newly named archive labeled "Apple Pencil – Smartpen."

The archive may also show us what could be coming down the pipeline in a future upgrade and possibly show us what come be coming in upgrades down the road like a providing a Continuous Handwriting UI & Processor System or add texture sensing capabilities or adding a camera, laser pointer and audio recording. And more patents for the Apple Pencil are on the way because Apple hid the one that relates to how the pencil is charged via a lightning connector smartly hidden in a silicon case at the top of the device as noted below.

Last week we posted a report titled "Most of Apple's Hottest Products like the iPhone began as R&D Projects Published in Patent Filings." Today many more hot products could be added to that list including 3D Touch, the iPad Pro, the iPad Pro Keyboard, an Apple TV remote with a touchpad and more.

While rumors will always be with us with some being informative and some being entertaining, it's Apple's published patent applications and granted patents that have always provided us with a glimpse of new advances and the biggest Apple products ahead of the curve.

At Patently Apple we proudly point to Celebrating Apple's Spirit of Innovation right in our blog's banner because that's why we cover patents; for the love of seeing what the Crazy Ones in Cupertino are dreaming about and more importantly working on, researching and developing to continually amaze and thrill us all with. Today is one those great days, when a string of great inventions came to light giving us all a reason once again to celebrate Apple's innovative spirit. 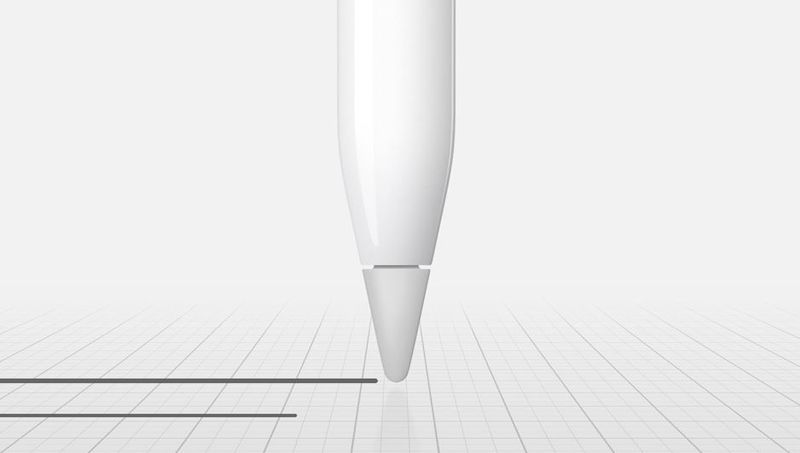