Today millions of Apple fans from around the world stood in lines to get their hands on the new iPhone 6s with the killer feature known as 3D Touch. And to spoil it, word is that Samsung's secret killer feature is about to be introduced to steal the mantle away from Apple for innovator of the year. No one saw this coming until now.

Samsung notes that while holding a mobile device with one hand, the user may need to perform an input using another hand and thus, may experience an inconvenience. But no more, says Samsung, due to their all-new spatial recognition-based user interfacing technology and methodology.

In Samsung's key patent FIG. 2 we're able to see a diagram which illustrates a vision sensor such as a camera or an image sensor. Here, the vision sensor may include at least one of a frame-based image sensor for capturing an image on a frame-by-frame basis, a depth sensor for measuring a depth between a sensor and an object, and an event-based sensor for outputting an event in response to a change in a light incident into a sensor. The killer feature is revealed as the Tongue-Thruster gesture that could change the way we communicate forever. 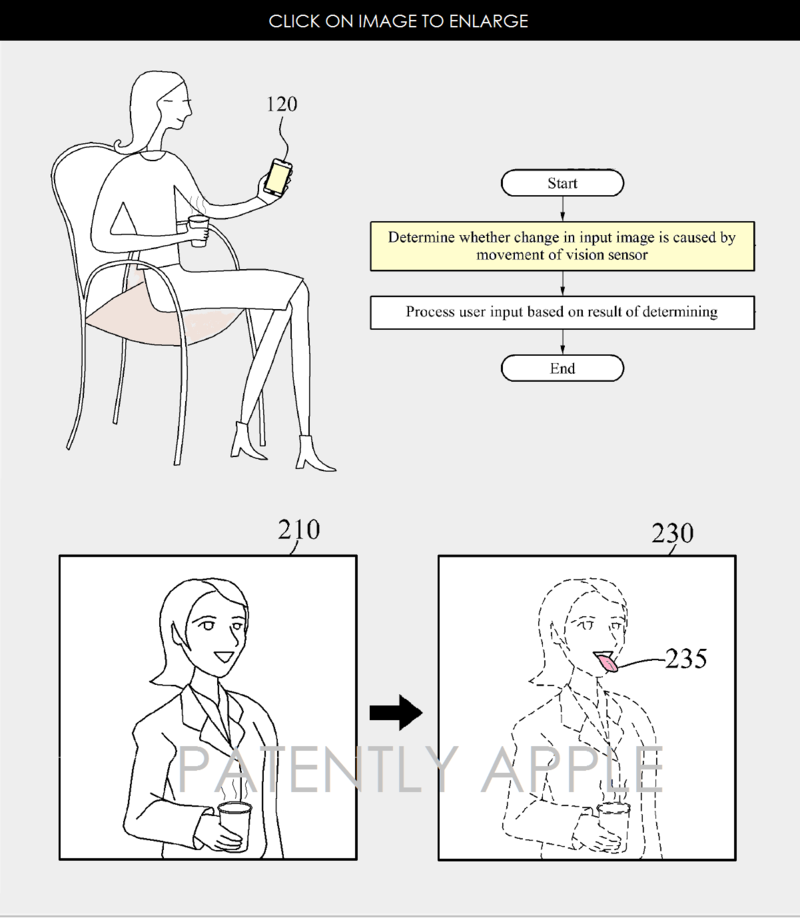 Samsung boldly describes how a user could use tongue-thrusting, in lieu of (or in addition to) moving the user's smartphone angularly. In this example, a light corresponding to a portion changed due to the gesture may be changed among the light incident into the vision sensor. The user input processing apparatus may determine a change amount to be small (e.g., less than a threshold value), based on the second input image. Don't you just love dirty talk?

If you think that I'm kidding about Samsung's proposed Tongue-Thruster gesture, then you could always check out the patent for yourself here.

This killer gesture feature is so much fun that I'm trying it out right now by sending it out in an email to Samsung's mobile VP. The whole message is conveyed with just one simple gesture. Is that Amazing or what! And guess what, you can even use slo-mo to stretch out the fun. Huh, I bet iPhone 6s users with their new 3D Touch are kicking themselves now, right?