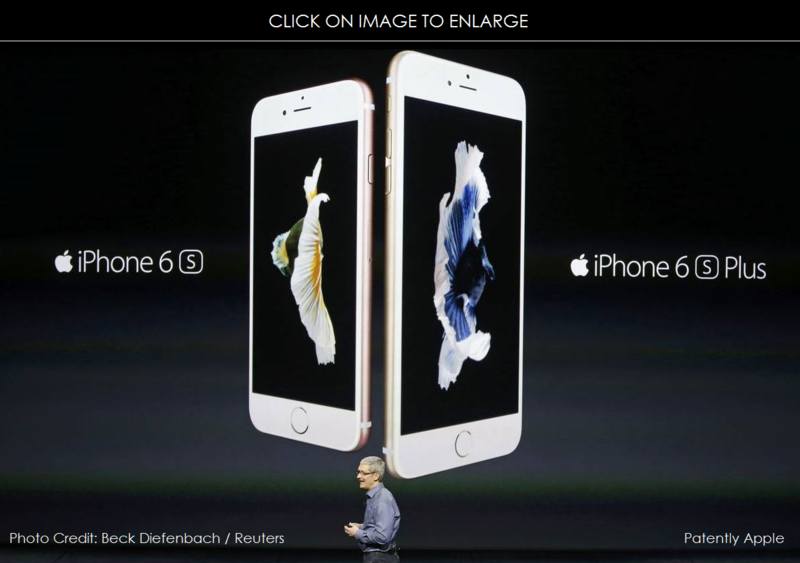 In July we posted a report titled "Apple Cranking Up the iPhone 6's Success Story by Placing Massive Orders for their Next Smartphone," that pointed to Apple placing orders for 85-90 million new iPhones 6s models. Today, Apple spokeswoman Trudy Muller said the company is "on pace" to surpass the initial weekend sales from last year when Apple released its first set of large-screen iPhones. At the time, Apple said it sold 10 million iPhones in the first weekend of availability."

Ms. Muller said in a statement that "Customer response to iPhone 6s and iPhone 6s Plus has been extremely positive and preorders this weekend were very strong around the world," noting that demand for the larger iPhone 6s Plus was "exceptionally strong."

The Wall Street Journal reports that "Apple is riding a wave of momentum from booming sales of last year's iPhone 6 and 6 Plus. The question hanging over the company is whether it can sustain that strong demand with its latest phones."

Tomi Kilgore reporting for MarketWatch added this morning that "Apple Inc.'s stock AAPL, +3.54% climbed 1.5% in premarket trade Monday, amid signs that pre-orders for iPhone 6s and iPhone 6s Plus are off to a strong start, with particular strength out of China, according to Analyst Daniel Ives at FBR & Co.

Daniel Ives wrote in a note to clients that "Initial demand looks strong, based on estimated wait times as displayed on Apple's Web site. While there are still unknowns about inventory levels, we note that China demand in particular looks "very strong" out of the gates and is a positive sign that the white-hot momentum out of this region shows no signs of abating despite macro headwinds out of China."