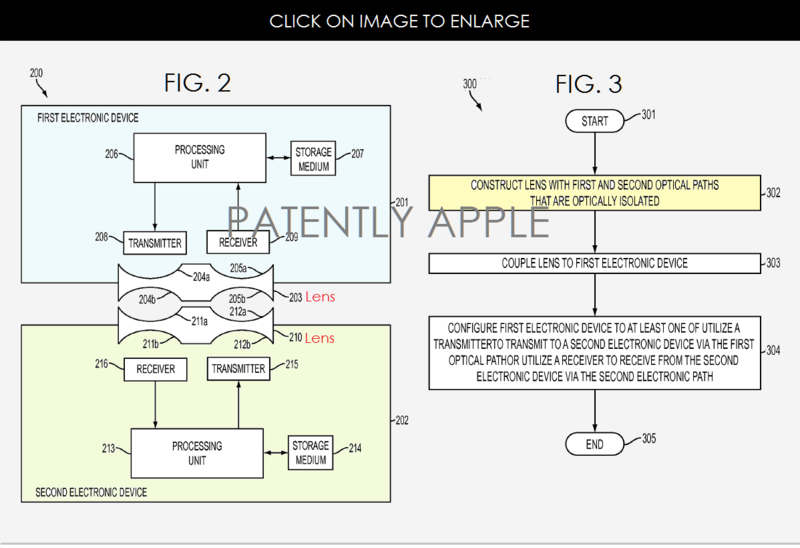 Apple's invention titled "Optical Data Transfer Utilizing Lens Isolation," covers systems and methods for optical data transfer utilizing lens isolation. A first electronic device may optically communicate with a second electronic device. Each of the devices may include one or more optical transmitters, one or more optical receivers, and one or more lenses where each of the lenses may include at least a first and a second optical path that are optically isolated from each other.

Apple credits Alvin Hilario, Jason Huey, Kevin Keeler, Jeffrey Alves and Jeffrey Terlizzi as the inventors of patent application 20150270900 which was originally filed in Q1 2014. Considering that this is a patent application, the timing of such a product to market is unknown at this time.