Today the U.S. Patent and Trademark Office officially published a series of 55 newly granted patents for Apple. In this particular report we cover Apple's original patent filing related to force sensors that may one day be used in Apple's Magic Mouse for gaming, paint and other applications. Apple's R&D on this project may have led to their eventual work on Force Touch for the Apple Watch and other iDevices.

Apple's newly granted patent covers their invention relating to force sensors, and more specifically relates to improved force sensors sized and configured to be suitable for inclusion in a hand-held device, and to methods for constructing such input devices; and further to methods for sensing deflection in an input device as an indictor of direction of movement of the input device. 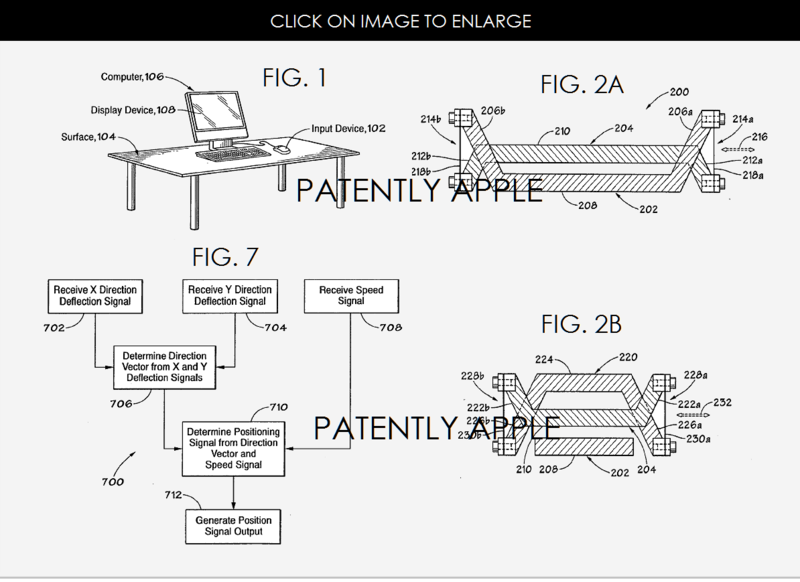 To better understand the applications for force sensors such as gaming and paint, Apple later filed a patent application with more details that we covered here.