The U.S. Patent and Trademark Office officially published a series of 26 newly granted patents for Apple Inc. today. In this particular report we cover a headphone connector invention and design that may already be dead in its tracks. Another 2014 granted patent supports Apple's MFi program's choice of connector which is the lightning connector for future audio. In 2014 Apple was granted another headset connector patent that related to adopting the lightning (or lightning-like) connector for headsets. This supports a report by 9to5Mac that this is what Apple has chosen for future headsets. While today's granted patent may serve as an alternative design in the future, it's pretty clear that for now it's not the design that Apple has ultimately chosen to go with. 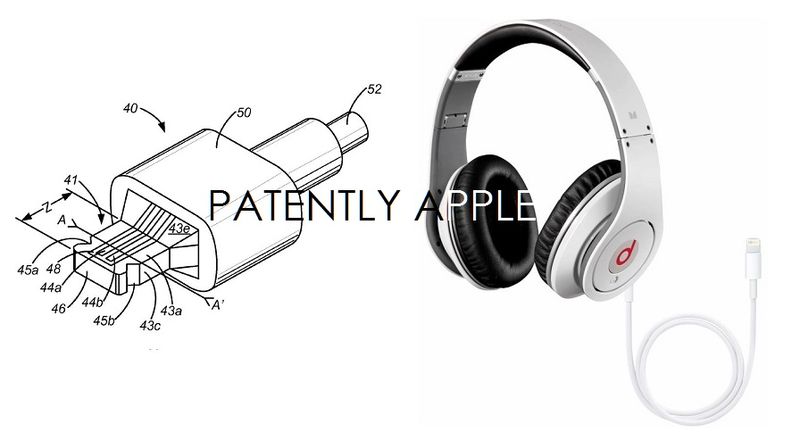 Apple credits Albert Golko, Mathias Schmidt and Eric Jol as the inventors of granted patent 9,142,925 which was originally filed in Q1 2011 and published today by the US Patent and Trademark Office.