To shake things Up, Apple may Add Cellular Voice Capabilities to the iPad via a new Wireless headset

On August 20, 2015, the U.S. Patent & Trademark Office published a patent application from Apple that reveals that Apple is serious about trying to provide the iPhone with a next-gen wireless headset that supports Voice over LTE or VoLTE. Better yet, Apple is going to bring voice calls to the iPad via the wireless headset. This is a feature that is long overdue, with several competitors already offering this feature.  Although you can answer calls today on your iPad, it's reliant on your iPhone being nearby. This invention appears to go one step further. 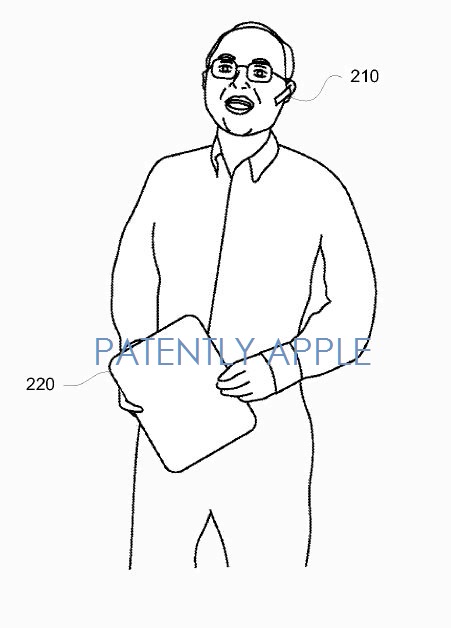 Interestingly we see in Apple's patent FIG. 2 above a user using a headset system and is holding a an iPad to participate in a telephone conversation. The headset 210 is a headphone combined with a microphone, or it may be a pair of headphones with a microphone, or any personal listening electronic device that can provide the equivalent functionality of a telephone handset but with hands-free operation.

Apple's headset and the user's mobile device will work together so as to enable a user to have a hands-free experience during a telephone conversation. Although the patent doesn't cover it, using Siri with this headset would make a lot of sense.

Apple credits Lalin Theverapperuma and Baptiste Paquier as the inventors of patent application 20150237185 which was originally filed in Q1 2014. Considering that this is a patent application, the timing of such a product to market is unknown at this time.