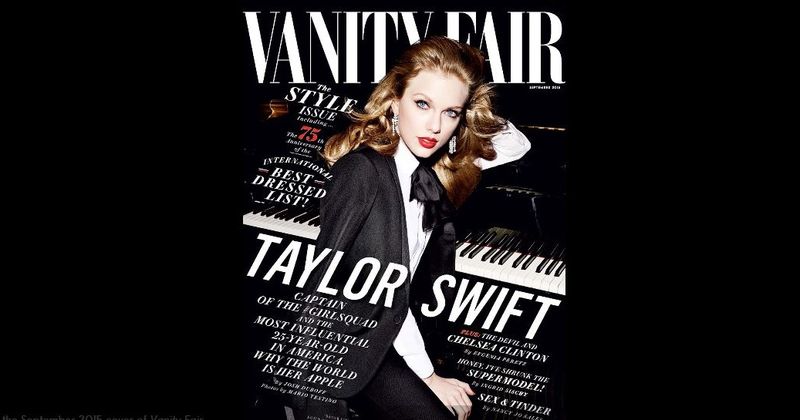 Taylor Swift is featured on Vanity Fair's September Cover. A part of the story notes that "Taylor Swift's recent missive to Apple—the one that caused the tech behemoth to reverse course, once again demonstrating her world-beating pop power—came after some late-night soul searching."

Taylor Swift stated that "I wrote the letter at around four A.M. The contracts had just gone out to my friends, and one of them sent me a screenshot of one of them. I read the term 'zero percent compensation to rights holders.' Sometimes I'll wake up in the middle of the night and I'll write a song and I can't sleep until I finish it, and it was like that with the letter."

According to Swift, Apple surprised her by almost immediately changing its plan not to compensate artists during the trial period of its new streaming service. "Apple treated me like I was a voice of a creative community that they actually cared about. And I found it really ironic that the multi-billion-dollar company reacted to criticism with humility, and the start-up with no cash flow [referring to Spotify] reacted to criticism like a corporate machine." Ouch! – Nice dig Taylor.

For more of the details of this story click here.