For Patently Apple, Twitter is both a Blessing and a Curse

Twitter has a lot of problems with finding the right CEO to run the company and their stock price keeps falling due to a lack of profits. Twitter's Interim CEO Jack Dorsey said earlier this month that "Twitter has not done enough to make the platform easier to use and added that attempts to spur user growth have stalled." For Patently Apple, Twitter is both a blessing and a curse. But I have to agree with Dorsey, they have to make the platform not only easier to use but have a help desk ticket system that allows their customers to actually get through to them with a problem and get assistance in a professional timely manner.

For any blogger on the planet, Twitter is a blessing. The service helps us get our content out to a growing base of fans. When our twitter follower base grows, it's a testimony that the site has growing value. I review Patently Apple's Twitter followers list every week and it's a blessing to see so many talented people subscribing to our Twitter feed every day. Unfortunately there's a dark side to Twitter and it only came to light in January of this year.

Up until January 2015 our Twitter site was functioning properly. Then a hiccup occurred and I kept saying that it was a problem that would work itself out. I tried contacting Twitter months ago to discuss the problem that our site was experiencing and the biggest problem of all surfaced at that time. I couldn't find a way to contact them.

Twitter's main address website page has no phone numbers for their head office or branches. That tells me that if you write to them, they're likely to only answer those that want to advertise with them. It's not going to be for wanting to talk about a problem.

When you try to write to them through a ticket system, you quickly find out that they don't have one, despite their claims of the opposite. My site's problem doesn't fit their "help" library and even when I try to follow a topic to the end to find a link to a help desk ticket system, it never rears its head. I once stumbled on a phone number and because I didn't have a contact code number of a representative, I couldn't get through to reception. The system just hung up on me.

This week I was looking into using SCRBD and it took me all of 30 seconds to find the help desk online and filled in a ticket and had someone get back to me in 4 days all cheerful to help. My TypePad blogging service has a help desk ticket system and I have someone contact with me within 24 hours and many times within 8 hours. Both of the companies of course are tiny compared to Twitter. How could they be so smart and communicative with potential and established customers and Twitter not?

The problem we've been having with Twitter is annoying but more importantly over time it's bad for business. Here's a typical example of the problem. On Saturday we had a surge of new followers that put our count to 9, 114. By 11 am today, our count was back down to 9,100. While there's some ebb and flow with followers, the fact is the flow is broken. Update Aug. 26: After our report was posted our Follower count mysteriously dropped back to 9,092 wiping out our 22 follower gain last week entirely. 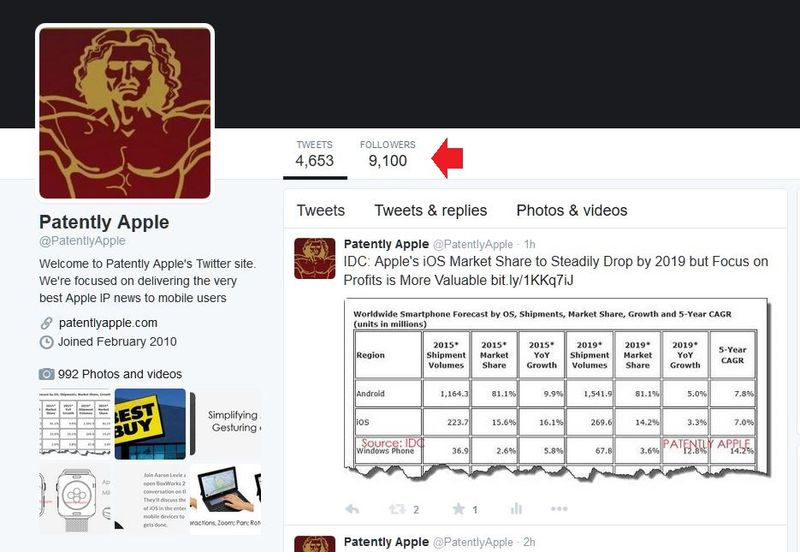 This problem has been occurring week-in and week-out for more than eight months now. Our Follower count should now be in the 9,700-9,900 range – but we're stuck in this crazy loop. Anytime there's a huge surge of followers shown on our site, the count will begin a slide backwards where it removes 90 to 100% of our recent gains. The problem only kicks in when the count goes up and in the end it appears as if our growth is non-existent when in fact we've been gaining followers nicely every week.

The problem is obviously on Twitter's side. But I can't get through to them to even make them aware of the problem. I put out an SOS tweet on our feed months ago asking for help contacting Twitter. No a single reply from over 9,000 fans came through. Not one. I guess I'm not alone in finding it impossible to contact them.

In the end, I think that a public company should, without question, be open to the public to contact, especially when there's a problem that doesn't fit their cookie cutter limited help system that only has set solutions.

If you fall through the cracks, they apparently don't want to be bothered by people, customers and, fans. Oh they talk up a storm about how they'll help you but it's all on paper. Everything they help you with goes in a circle that never allows you to find an actual help ticket that you could easily fill in detailing your exact problem. How ridiculous is that?

Although the next steps could be to complain to various governmental bodies to push this issue of a public company going out of their way to not communicate with their customers, I'm simply trying to appeal to Twitter directly with this article to say please contact Patently Apple to review this problem.

I'm also trying to get someone in the blogosphere to contact me with a contact method that actually works or someone they know personally at Twitter in San Francisco that I could talk to. I'm asking anyone with a proven contact to email me at patentlyapple@shaw.ca.

I love Twitter, but really, this has become completely unacceptable behavior from a public company. If Twitter can't get a basic service like a help ticket system right, why should anyone trust them with an investment? This is service 101 and they're failing at it.

Here's to hoping that my favorite social media site will have the common courtesy of replying to Patently Apple.