The Russian company Monocrystal was given the contract for building sapphire glass for the Apple Watch. In July, the factory, based in the Russian city of Stavropol, grew a 300-pound sapphire crystal – a world's first, using the kyropoulos method based on its own technology. The method is used to produce large crystals that are crack-free, unlike the nightmare products from GTAT that were shown in our November 2014 report titled "A Real Profit Killer: Pictures of GTAT's Sapphire Boule Graveyard." The photos shown below are from the original Wall Street Journal report. 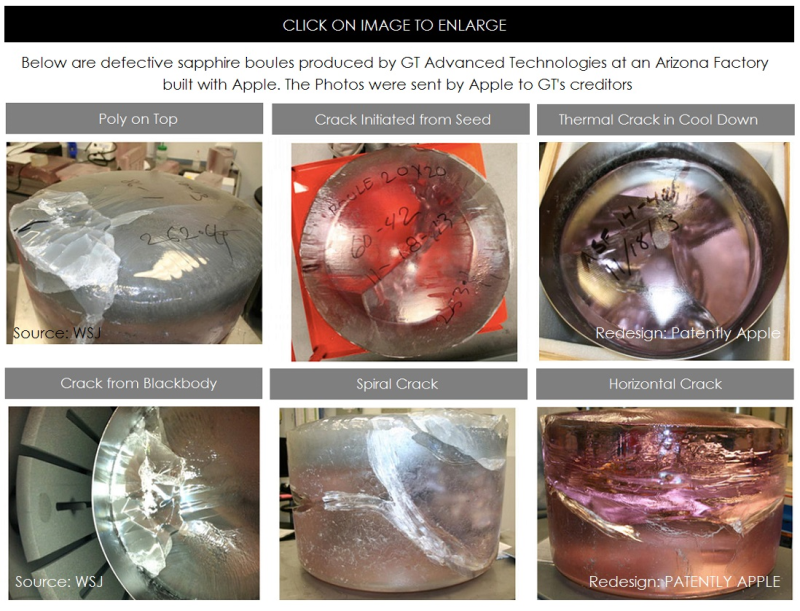 Monocrystal is expecting to grow its business by 20% this year. Whether Apple will ever be bringing sapphire cover glass to future iPhones is still up in the air. The U.S. Patent Office published an Apple patent application regarding a new way to manufacture sapphire last month – and we posted a patent report just last week titled "Apple Designs Advanced Wireless Antenna with Unique Sapphire Structure for Killer iPhone Form Factor & Beyond."

Apple's interest in using sapphire for future products beyond the Apple Watch still appears to be in play despite being burned by their experience with GTAT.