The U.S. Patent and Trademark Office officially published a series of 45 newly granted patents for Apple Inc. today. In this particular report we cover a single patent that makes operations that are designed for users interacting with touch-sensitive surfaces via multitouch gestures accessible to users who can or prefer to just provide single touch inputs.

Apple's newly granted patent covers their invention relating to methods that make operations that are designed for users interacting with touch-sensitive surfaces via multitouch gestures accessible to users who can or prefer to just provide single touch inputs. Simply put, the patent covers "Multitasking Gestures." 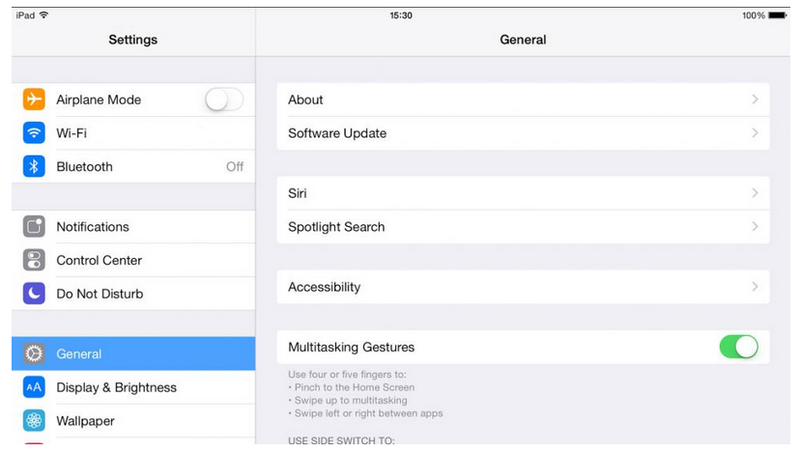 These devices and methods also enable such users to use single touch inputs to operate other hardware features that require manual dexterity (e.g., shaking or rotating the device or activating a physical button).

You could review a simple "how to" article on using this feature here. For some reason I don't have access to that feature on my iPad Air 2. Did Apple drop this feature or is this feature just not available in iPads sold in Canada?

The methods/benefits of using this feature are described in the granted patent as follows: 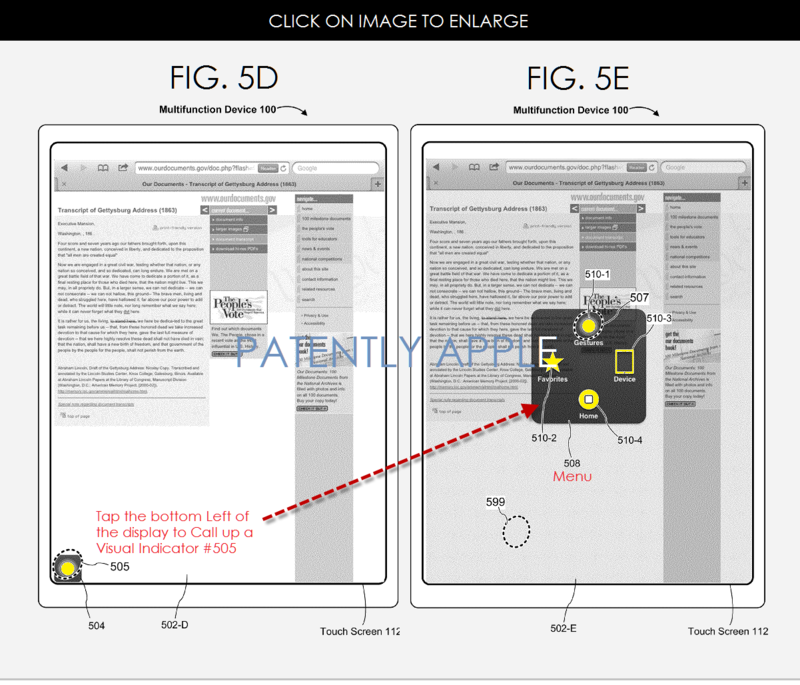 Apple's patent FIG. 5E noted above illustrates user interface 502-E, where, in response to detecting touch gesture #505 (of FIG. 5D) at the location that corresponds to visual indicator #504, the visual indicator ceases to be displayed on the touch screen and a menu #508 is displayed as noted in figure above. 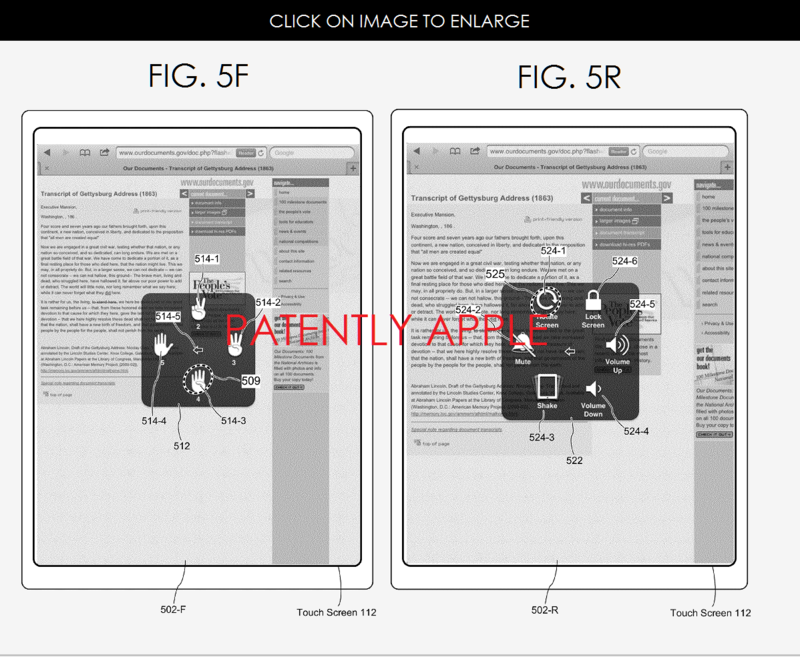 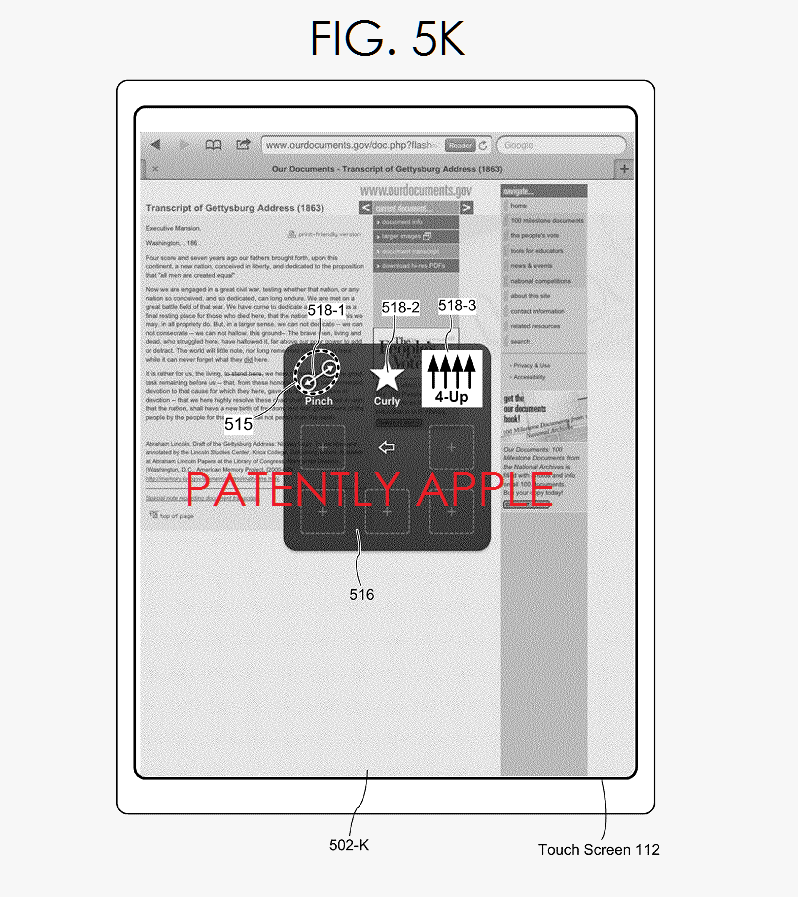 Apple credits Eric Seymour and Christopher Fleizach as the inventors of granted patent 9,116,611which was originally filed in Q1 2012 and published today by the US Patent and Trademark Office.

iCloud - Photo Stream granted a Patent: Apple was granted a patent today covering iCloud delivering content and services related to Photo Stream and beyond. For more on this see Apple patent # 9,118,642 titled "Asset Streaming." Another patent report posted by another Apple blog incorrectly states that Apple is hinting of something new. No, it's already here. 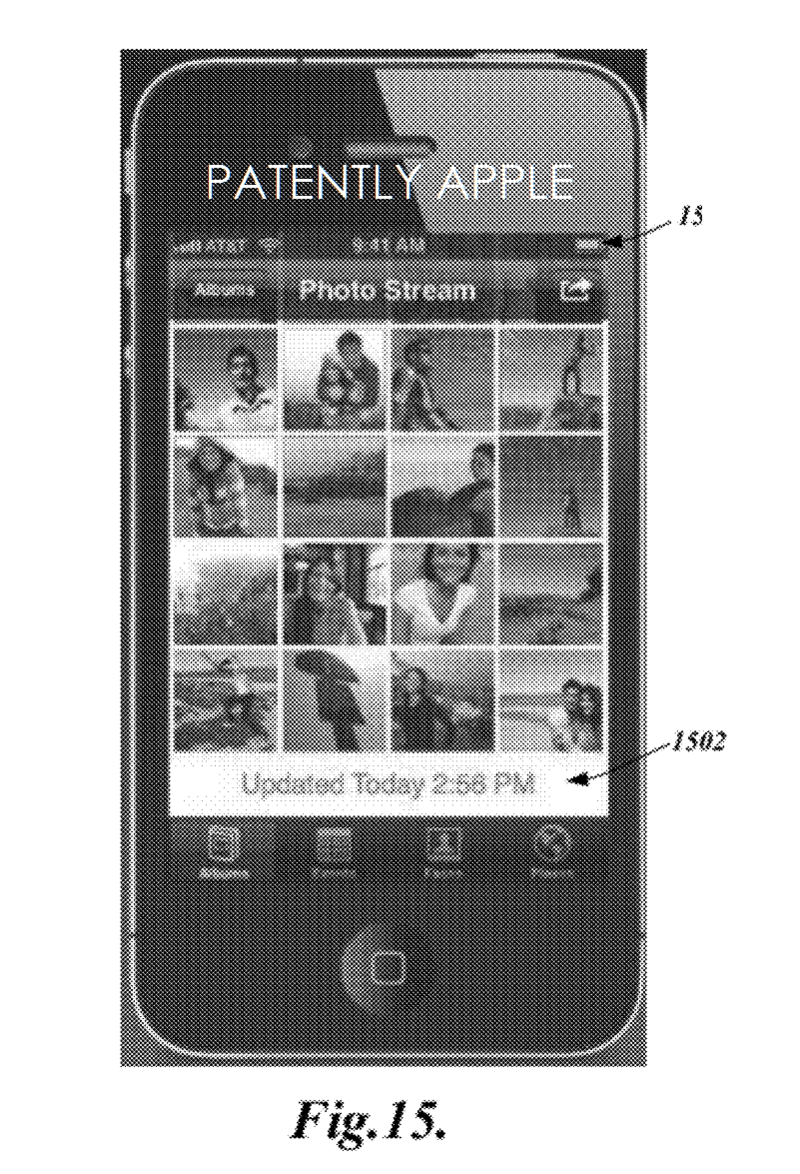