A Patent Troll by the name of Micro Design LLC acquired a patent from Applied Micro Circuits Corp for the sole purpose of suing tech companies such as Apple. In 2015 Micro Design has already filed cases against Cray, HTC, Motorola, Amazon, LG and Sony.

In Micro Design's court filing they state that "Upon information and belief, Apple has and continues to directly infringe one or more claims of the '535 patent by making, using, selling, importing and/or providing and causing to be used microprocessors that contain the claimed the claimed combinations of the '535 patent, including the processor and co-processor features, including, but not limited to memory accessing features, which products by way of example include the iPhone 5s, iPhone 6, iPhone 6 Plus, iPad, iPad Air, iPad Mini 3, and iPad Air 2 (the "Accused Instrumentalities")." 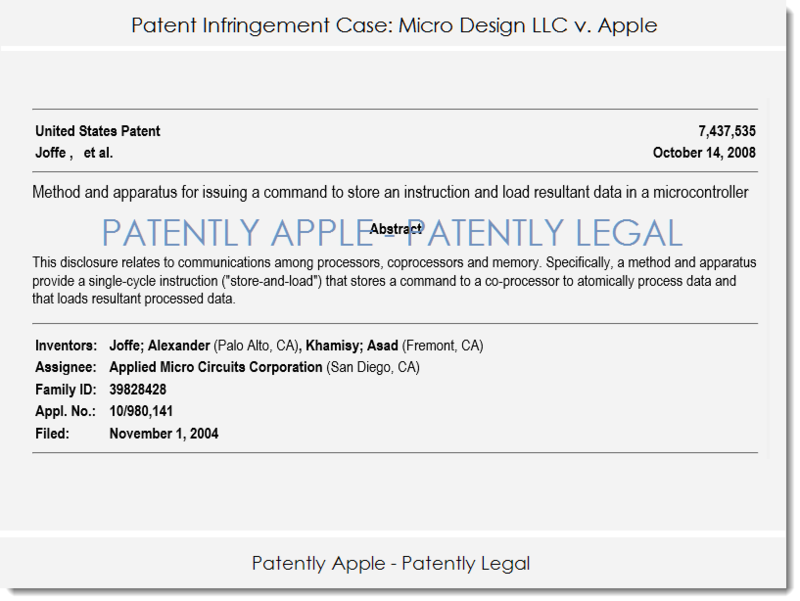 The patent infringement case presented in today's report was filed in the Delaware District Court, Wilmington Office. At present, no Judge has been assigned to the case.

In July we reported that Apple remains the number one target of patent trolls in 2015.