Apple Reveals Force Touch for the iPad, Magic Mouse & Beyond

Last week Patently Apple posted a patent report titled "An Advanced Force Touch Patent for the iPad Surfaces in Europe." Today the U.S. Patent Office published a patent application from Apple that expands upon the foundation that was laid out last week. Apple's patent reveals that their 2-layer force-sensitive films will apply to a wide range of devices including the iPad, wearables, keyboards, the magic mouse and beyond. While it's a surety that Apple's Force Touch is coming to the iPhone 6s in a few weeks, we know that Apple is likely to bring this feature to the iPad as this invention reveals. The timing of course isn't known at this moment but we can assume it will arrive in the next year or so as Apple expands Force Touch across more products.

Mobile devices typically include a display screen and one or more components for providing user input to the device. In some cases, it may be advantageous for the user to provide touch input on a surface that overlays the display or other portion of the device. Some traditional touch sensors are configured to detect the presence and location of a touch on a surface using capacitive sensing techniques. However, many traditional touch sensors are not able to determine the magnitude or degree of force associated with a touch.

Apple's invention generally relates to force sensing and, in particular, to force sensing using a transparent force-sensitive film having one or more strain-relief features on devices such as an iPad as noted below. The invention may also extend to other devices which Apple lists as "a mobile phone, a wearable electronic device, a health monitoring device, a tablet computing device, a notebook computer and a desktop computer." 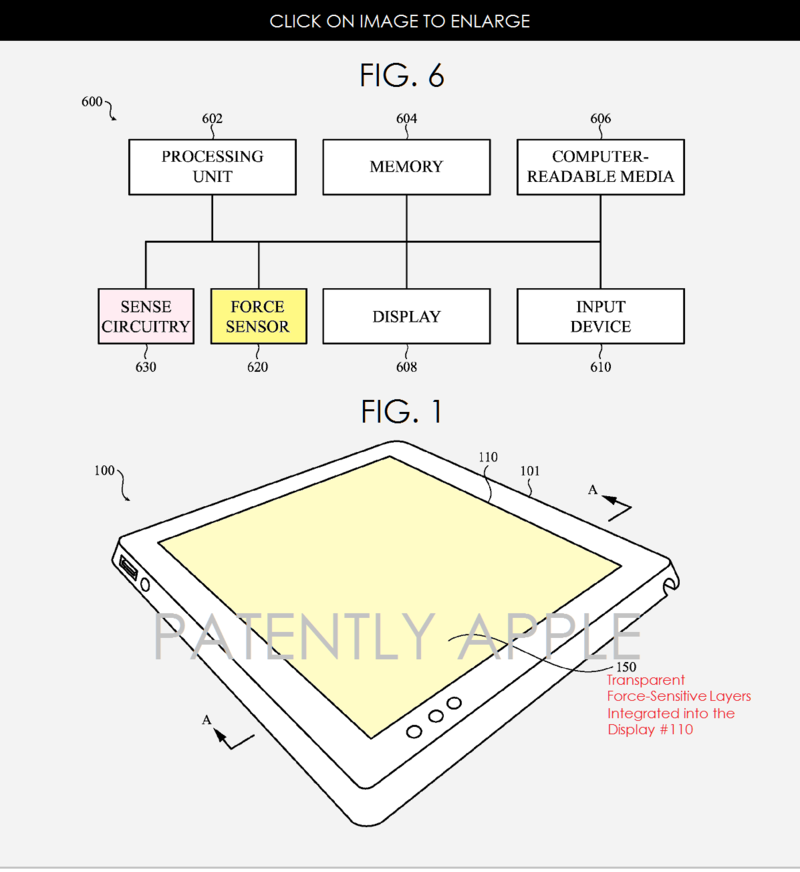 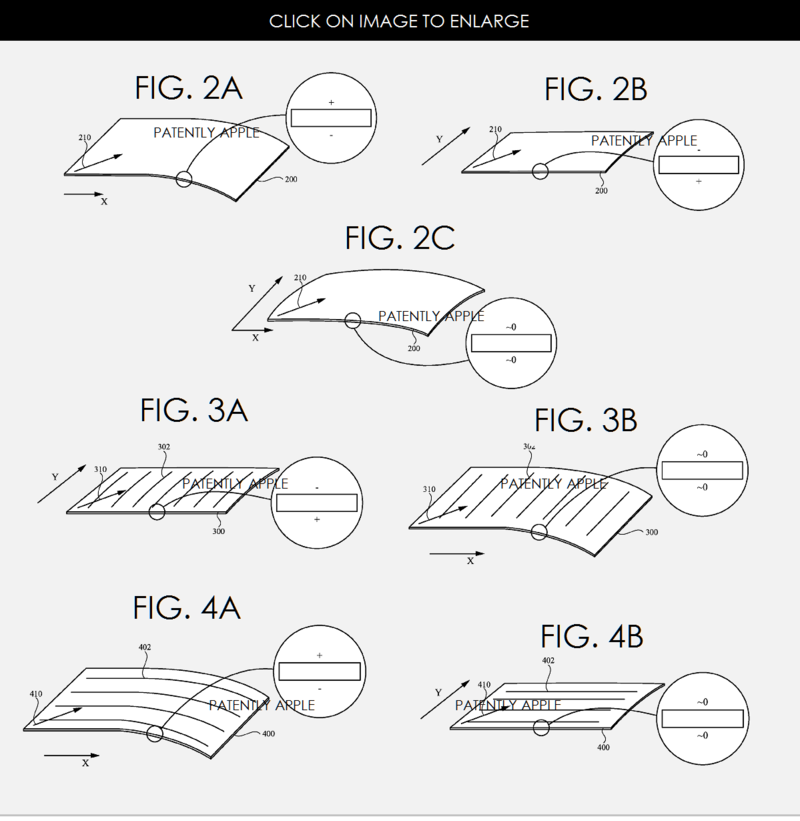 More specifically, the transparent force-sensing film may exhibit a different charge polarity depending on the direction along which the film is strained. FIGS. 2A-C depict an example of charge characteristics for a transparent force-sensing film (film 200) having strain-direction dependent charge polarity. In the following examples, the film 200 is a PLLA piezoelectric film that has been drawn along a primary direction, as indicated by the tensor, primary direction #210 shown in FIGS. 2A-C. In some cases, the orientation of the primary direction is due to a drawing process that substantially aligns the polymer chains of the film along a single (primary) direction. 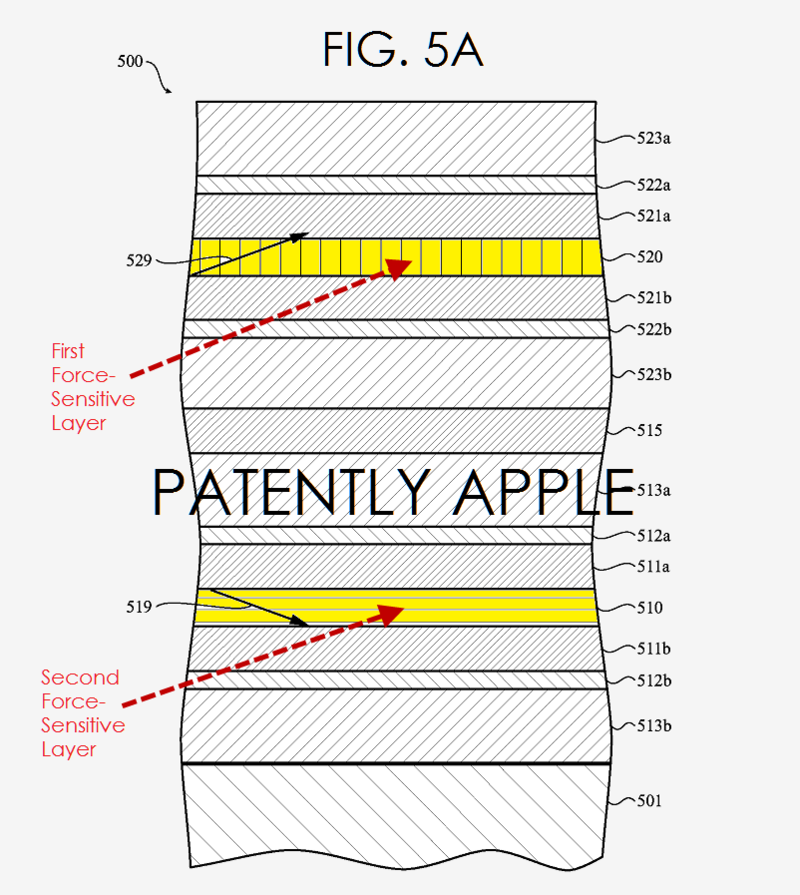 Furthermore, one or more other components or layers may be disposed on the top of the display stack 500, including, for example, a cover glass layer, another sensor layer, an optical conditioning layer, or other component layers.

Apple credits James Pedder and John Smith as the inventors of patent application 20150242037 which was filed in Q4 2014. Considering that this is a patent application, the timing of such a product to market is unknown at this time.