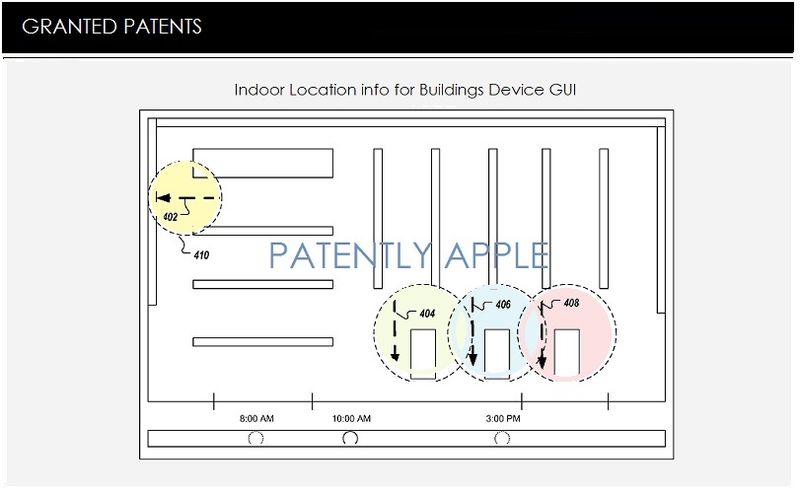 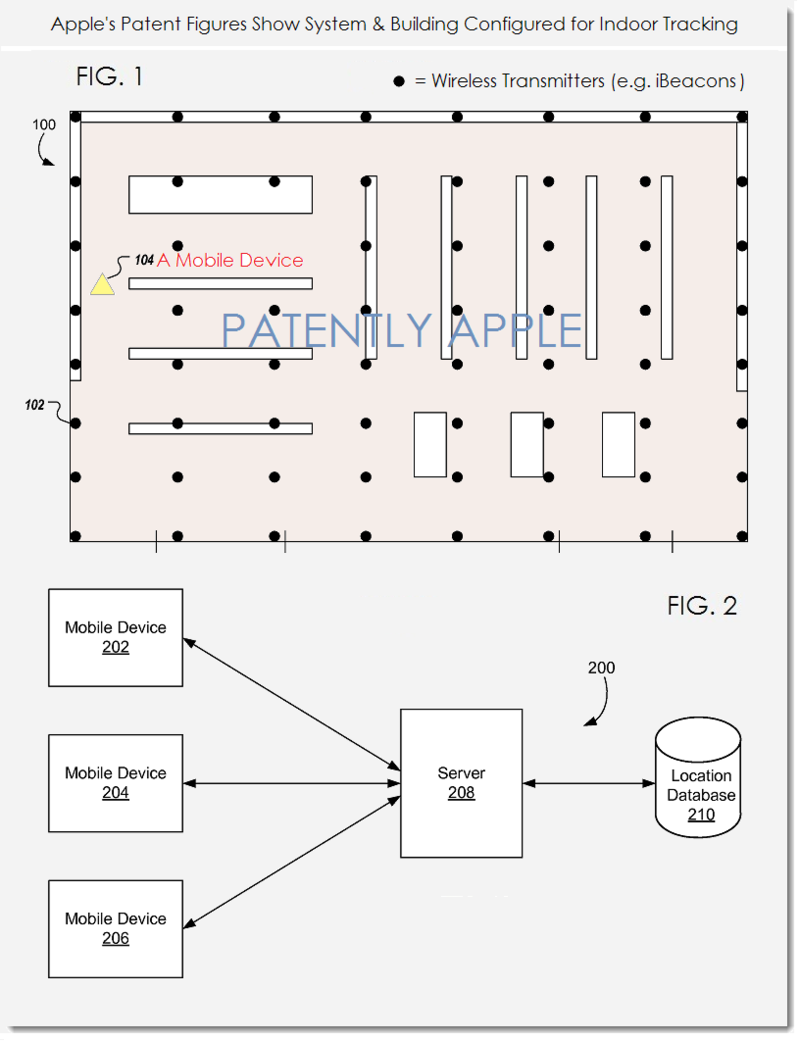 Apple's patent FIG. 1 illustrates a building that has been configured for tracking the indoor location of a mobile device; FIG. 2 is a block diagram of a system for generating indoor traffic information based on location data received from mobile devices.

Patently Apple covered Apple's original patent application back in February 2015 and you could review our details report here.

Apple credits Loan Vlad Uilecan and Sarin Mehta as the inventors of granted patent 9,113,309 which was originally filed in Q3 2013 and published today by the US Patent and Trademark Office.