Apple has once again been granted a monster load of granted design patents relating to the Apple Watch from interfaces to Apple Watch presentation tables. The latter is the focus of this first report covering two styles of specialty tables.

Unlike "patent applications," design patents published by the U.S. Patent and Trademark Office and/or any other Patent Office around the globe, don't reveal pertinent information about a particular design. All we are given is a series of simple photos and/or line-art graphics of what was actually registered.

In today's report, we present you with Apple's seven design patent wins from Hong Kong China that relate to various aspects of Apple Store Apple Watch product/presentation tables as noted below. 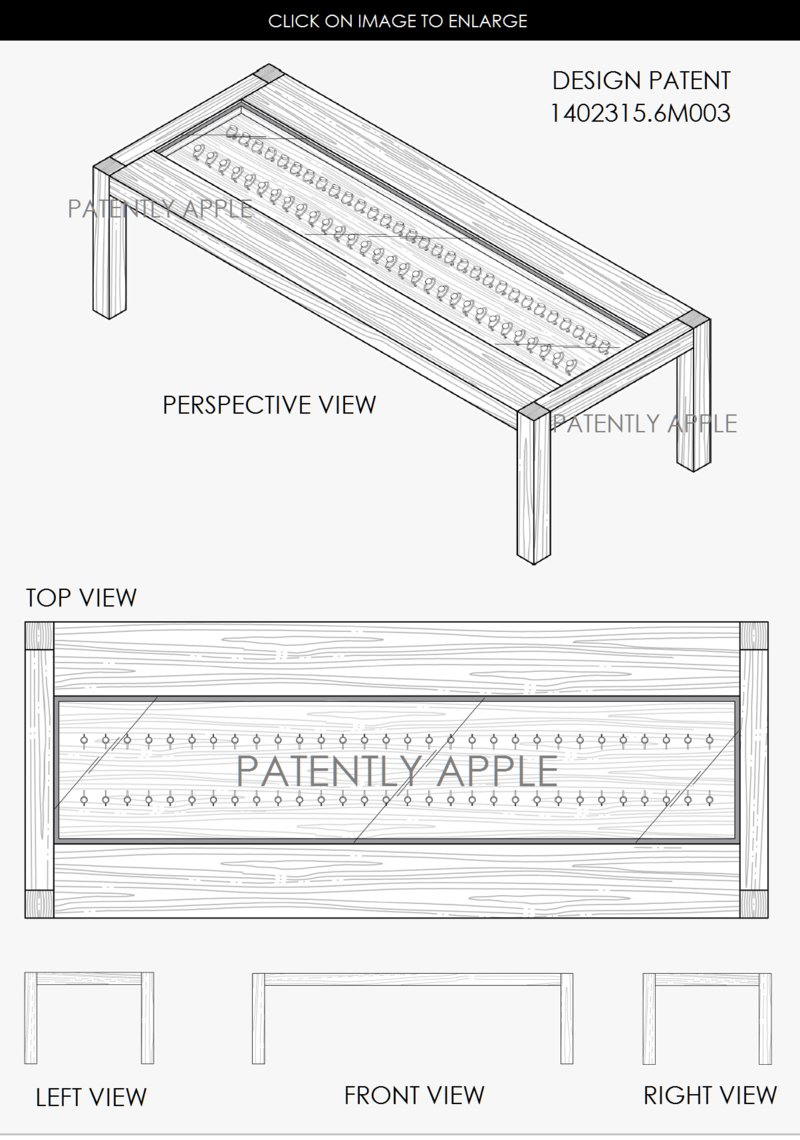 Apple has been granted four design patents from China's Hong Kong Patent Office that relate to in-store Apple Watch tables that is designed to showcase a wide variety of Apple Watches and bands. 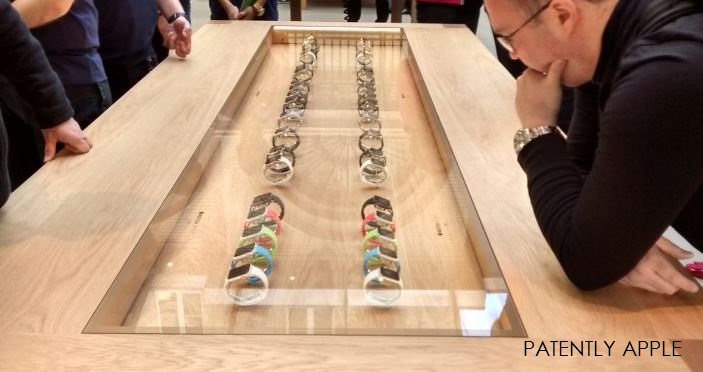 In April we posted a report titled "The In-Store Apple Watch Experience is Perfectly Paced," which presented a number of photos relating to Apple Store Apple Watch tables and more. Consumers today don't need to make a reservation to try on an Apple Watch as was required in the beginning. One of the granted design patent certificates awarded to Apple is shown below in-part. 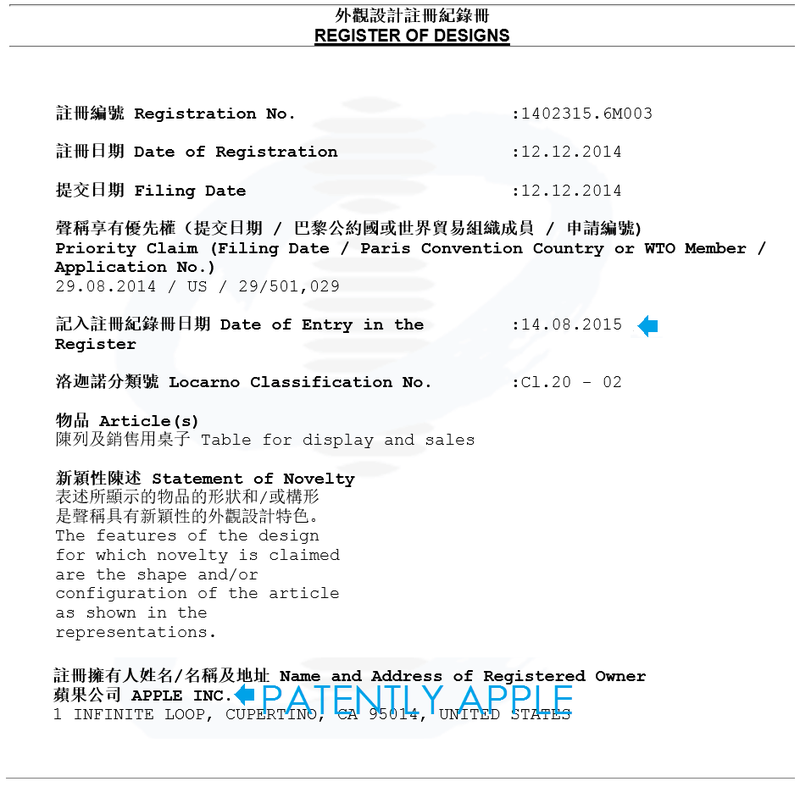 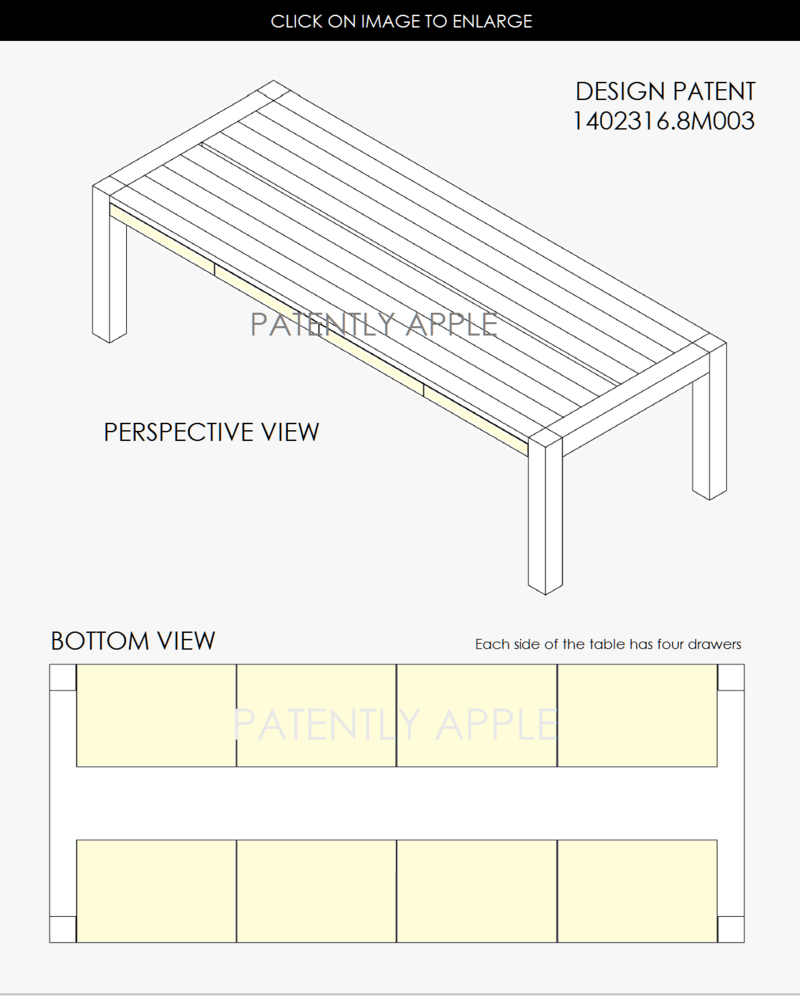 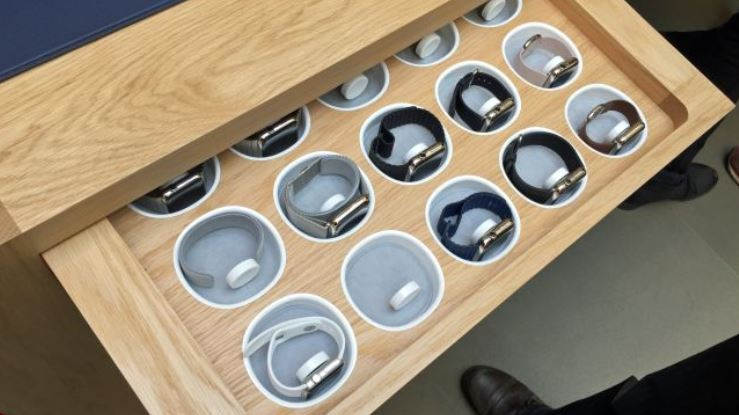 The second type of Apple Watch table that Apple has won three design patents for is the table where Apple Store reps will assist customers in trying out various bands for both style and fitting. As noted above, each of the four drawers has up to 15 watch band slots and stationary chargers integrated into the table. Each table has four draws so that eight customers can be attended to at one time.