The U.S. Patent and Trademark Office officially published a series of 39 newly granted patents for Apple Inc. today. In this particular report we cover the technical side of Apple's Home Button mechanics, Apple's use of Viscoelastic Material for Shock Protection in iDevices and more. We wrap up this week's granted patent report with our traditional listing of the remaining granted patents that were issued to Apple today.

Apple's newly granted patent covers their invention relating to the technical side of the classic iDevice Home Button. The invention covers a switch assembly for an electronic device, the switch assembly comprising: a circular button, the button comprising a peripheral edge defining an outer boundary of the button; a bracket offset from the peripheral edge of the button, the bracket comprising a vertical wall; a flexible printed circuit board fixed to the vertical wall; a switch coupled to the flexible printed circuit board, a portion of the switch extending beneath the button; and an actuator arm fixed to a bottom surface of the button, the actuator arm operative to activate the switch when the button is actuated.

Cylindrical switch assemblies can mitigate false presses by using switch assembly designs with vertically or near vertically mounted activation elements positioned around a perimeter of a button. 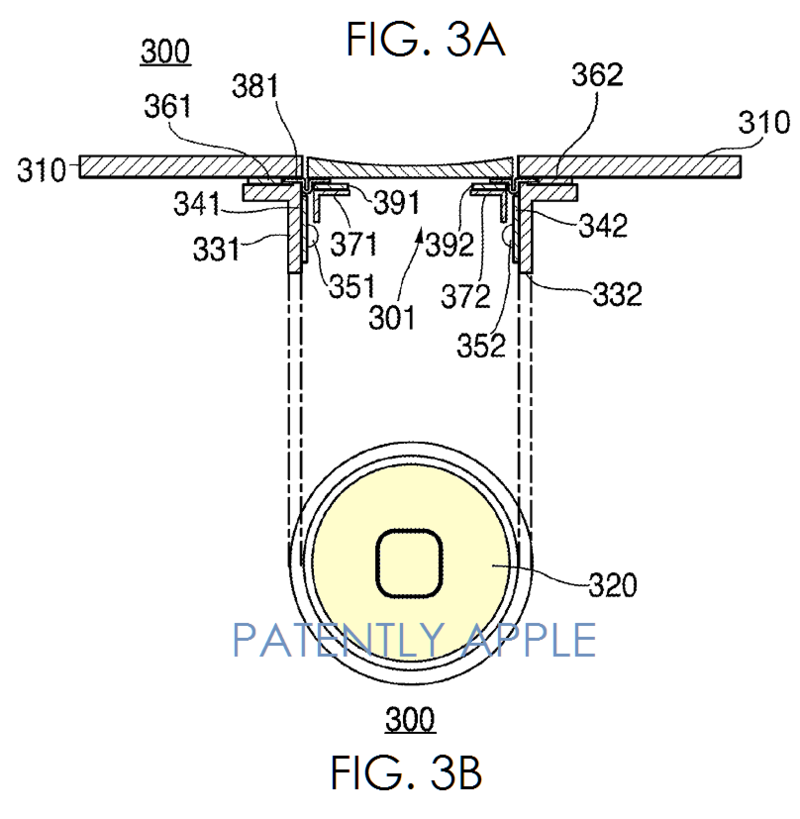 Apple's patent FIG. 3A noted above shows a cross-sectional view of another exemplary electronic device including an illustrative switch assembly; FIG. 3B shows a top view of the button of FIG. 3A.

Apple credits Dhaval Shah, Jared Kole and Michael Wittenberg as the inventors of granted patent 9,105,420 which was published today by the US Patent and Trademark Office.

Apple credits Christopher Prest as the sole inventor of granted patent 9,107,298 which was originally filed in Q3 2012 and published today by the US Patent and Trademark Office. 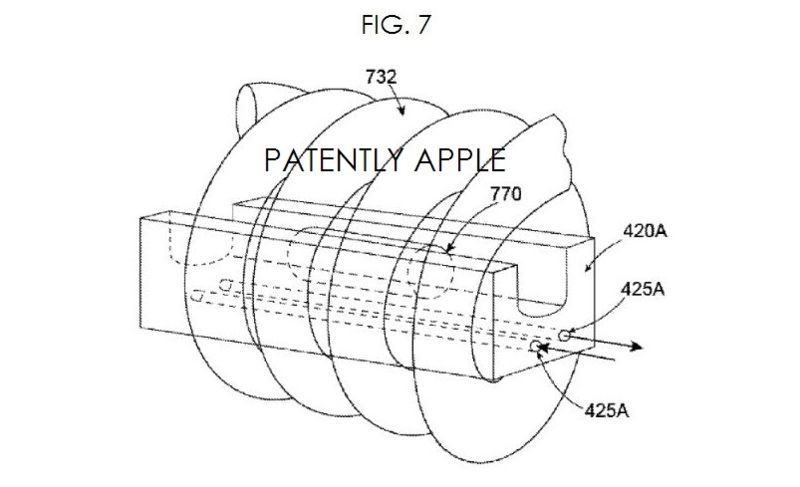 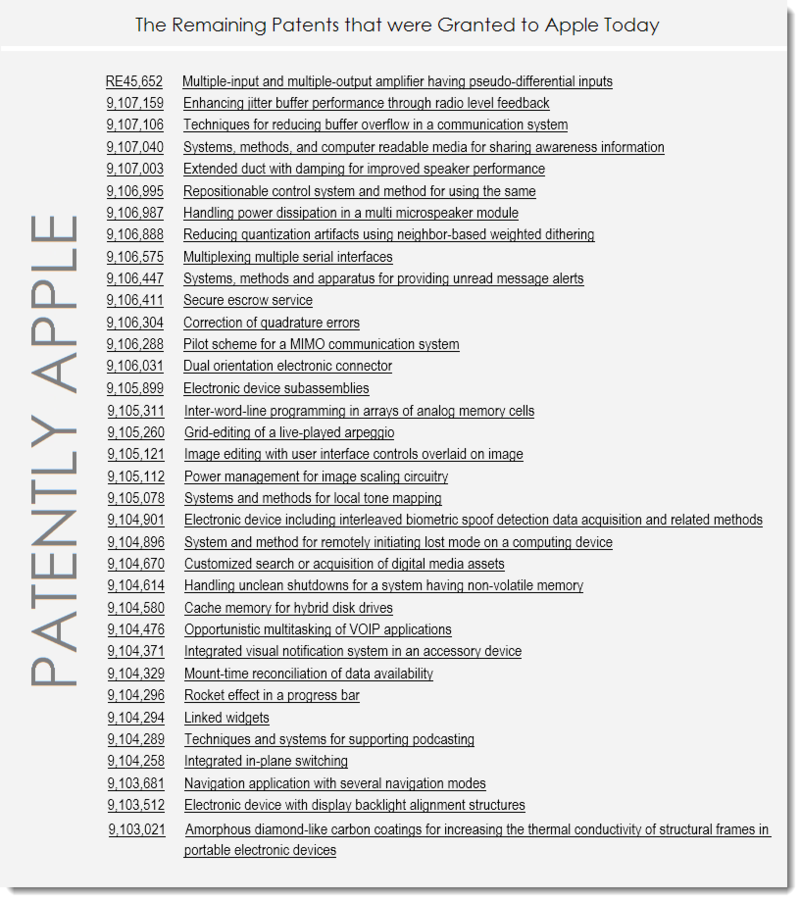