Home Archives Contact Us Subscribe Twitter MeWe Facebook Patently Mobile
Apple Bucks the Downward Trend in China According to Gartner
To shake things Up, Apple may Add Cellular Voice Capabilities to the iPad via a new Wireless headset

An Advanced Force Touch Patent for the iPad Surfaces in Europe

Apple's Invention Relates to Force Touch on an iPad & Beyond

Apple's invention generally relates to systems and methods sensing the force of a touch, and in particular to a capacitive force sensor integrated with a device for detecting and measuring the amount or magnitude of a touch applied to a surface of the device.

Apple notes that it might be advantageous for a user to move a computer-generated object on the display using a relatively light touch and then, alternatively, select or invoke a command with respect to the same computer using a relatively heavy or sharper touch. More generally, it might be advantageous for the user to be able to provide input in multiple ways depending on the force of the touch.

This type of input may be useful for controlling a game, for example, a gas pedal on a simulated car or braking, signaling, and turning. It could also better control flight simulator based games as well as others.

It may be further advantageous for the user to be able to provide input, such as simulated body movements or otherwise, in a virtual reality (VR) simulation (possibly with haptic feedback), or in an augmented reality program.

It might be further advantageous to use the force of a touch to interpret the relative degree (e.g., force) and locations of multiple touches that are provided to multiple user interface objects or elements that are in use on a touch device at the same time. For example, the force of a touch could be used to interpret multiple touches due to a user pressing more than one element in an application for playing a musical instrument.

Apple's invention provides techniques, which can be used to measure or determine the amount or magnitude of force applied, and changes in the amount or magnitude of force applied, by a user contacting a touch device (such as a touch-sensitive surface, one example of which is a touch display), or other pressure-sensitive input elements (such as a virtual analog control or keyboard), or other input device.

These techniques can be incorporated into various devices using touch recognition, touch elements of a GUI, and touch input or manipulation in an application program, such as touch devices, touch pads, and touch screens. This application also provides systems and techniques that can be used to measure or determine the amount or magnitude of force applied, and changes in the amount or magnitude of force applied, by the user when contacting a touch device.

Apple's patent FIG. 10 is just one example of an architecture for a Force Touch system. 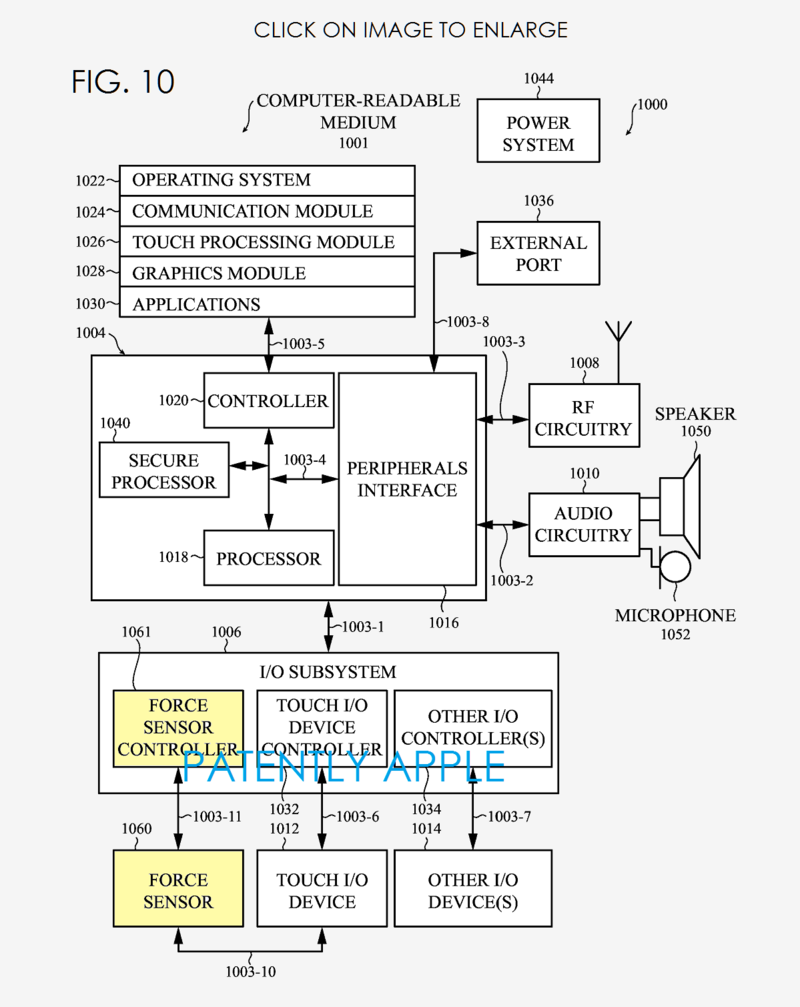 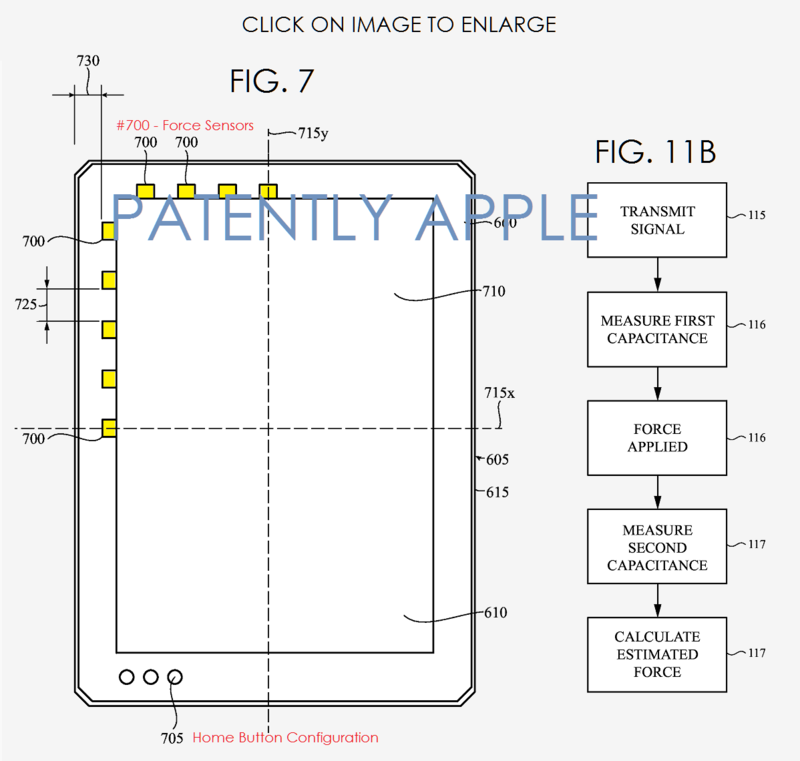 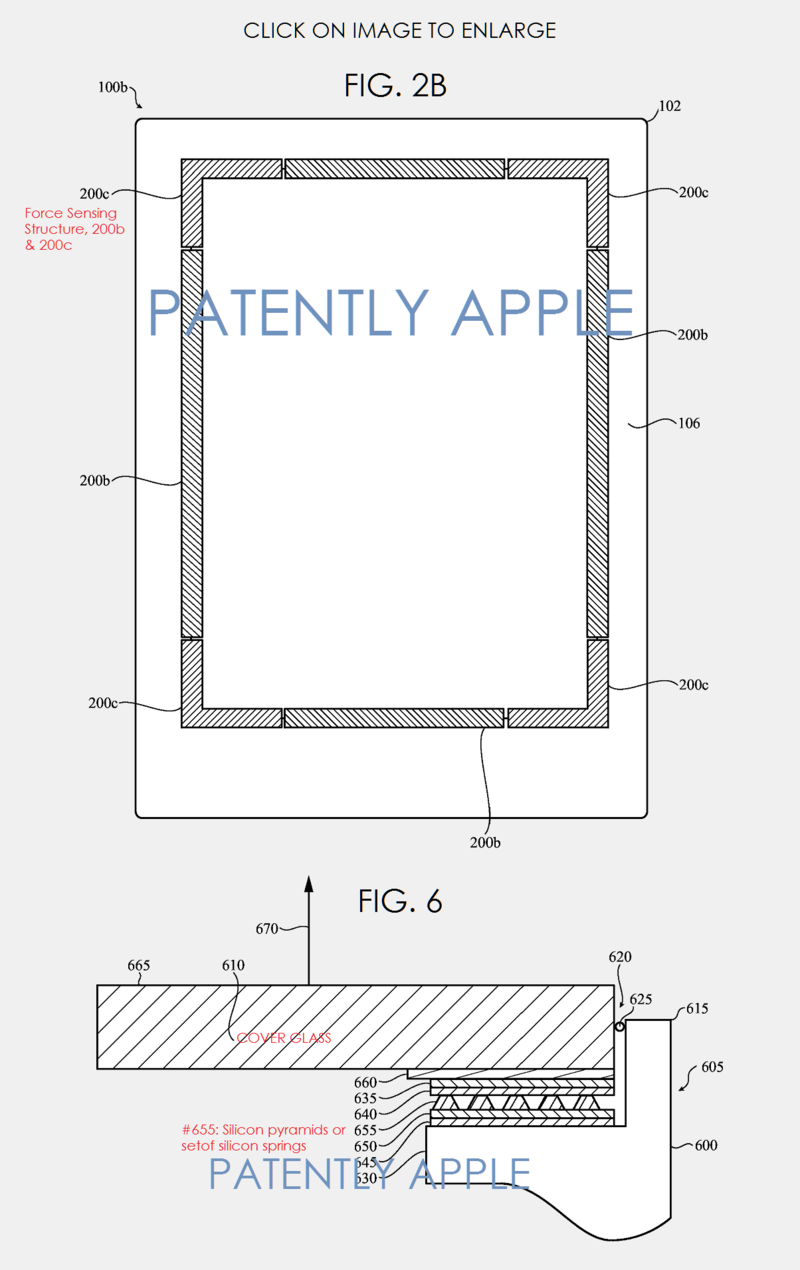 Apple's patent FIG. 1 noted below simply presents a "tablet" related to this invention. This isn't a design patent, so don't get overly hung up on the design itself. That being said, Apple doesn't identify one corner that could simply represent the top shell of a tablet or a place to hold a stylus. The patent does mention a stylus in context with this force technology. 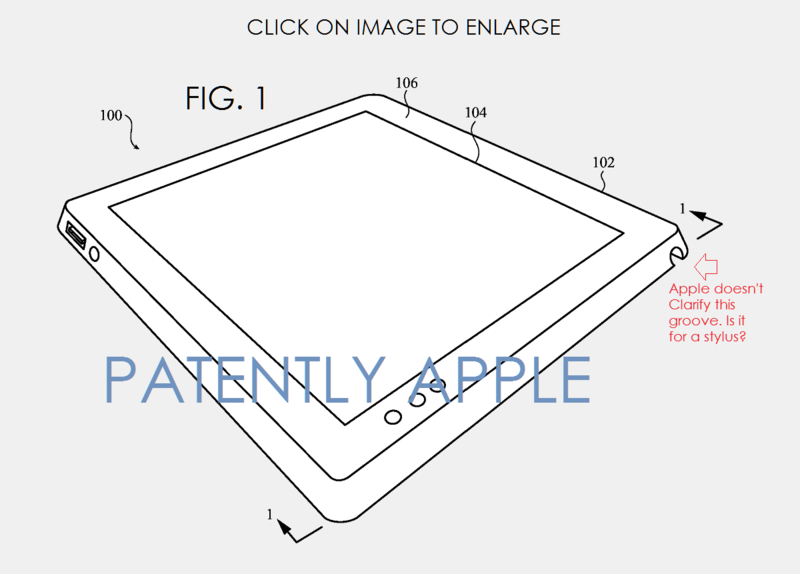 Apple's international patent was filed today in Europe. Considering that this is a patent application, the timing of such a product to market is unknown at this time. Apple's invention, while focusing on a tablet, notes that it can relate to any mobile or wearable device.

Just a note: The USPTO has yet to publish today's patent applications. During the summer this is a common occurrence. As soon as they're published we'll review them immediately.