Earlier this month the U.S. Patent & Trademark Office published a patent application from Samsung revealing that their "Edge" smartphones could one day be able to offer more tricks. Back in 2010 we posted a report showing that Apple had invented backside controls for a future iPad application and in 2012 Apple greatly expanded their research on this very feature. Our Patently Mobile site reported in 2013 that Google was also looking into backside controls for a possible future Nexus phone. Now Samsung is hot on this idea again for a future Edge smartphone. Back in 2013 we reported that Samsung first filed a patent for smartphone backside touch controls. So this secondary patent filing is simply confirming their interest in delivering such a feature. The illustration points to a modern Galaxy Edge phone being the target. 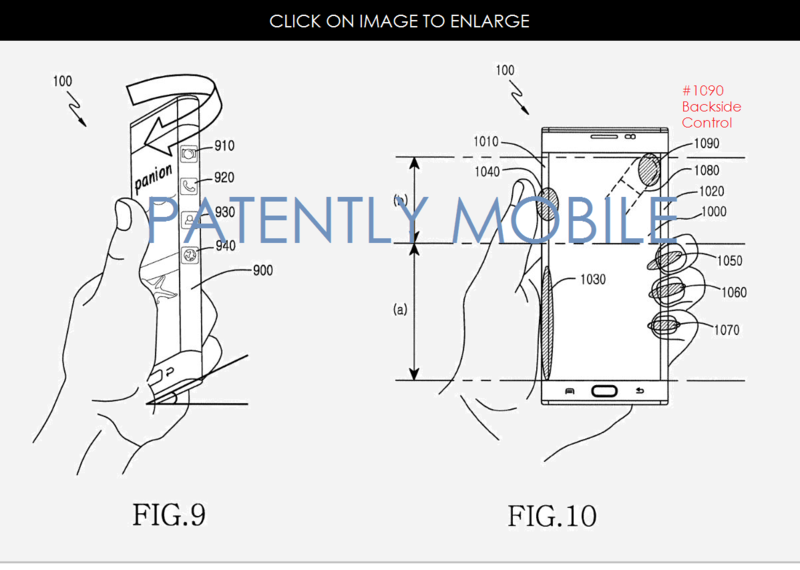 For more on this invention, see our Patently Mobile report. Will this feature make it to market over the next 12-18 months? Only time will tell.