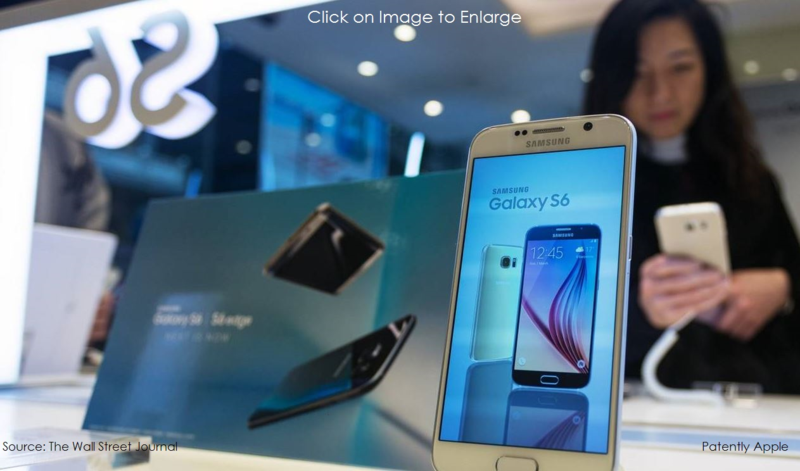 On July 7 we posted a report titled "No Surprise: Samsung Misses Quarter Due to Poor S6 Sales." The report was based on preliminary Q2 Samsung results. Today Samsung's final Quarterly results came in confirming their poor mobile sales. Samsung said Thursday. Net income, excluding minority interests, fell to 5.63 trillion won ($4.9 billion) in the three months ended June, missing estimates and triggering the biggest decline in shares in four months. It was Samsung's fifth straight quarterly profit drop as the Galaxy S6 series of smartphones failed to reverse its declining fortune in the industry. The Wall Street Journal stated earlier in the month that it was actually Samsung's seventh straight quarterly drop.

Park Jin-Young, vice president of mobile communications stated during Samsung's conference call that "In order to drive up the shipment, we will actively respond to the market, which could have a negative impact on our average sales price. There's a possibility that the third-quarter sales price could slightly drop."

Yoo Eui Hyung, an analyst with Dongbu Securities Co. in Seoul stated that "Poor sales of S6 only proved that it can't beat Apple in brand loyalty among users and just ended up being one of the many Androids. The price cuts may increase sales, but I highly doubt it could promise bigger profit growth."

On July 7 we were first to post a report stating that Samsung would attempt to release new Phablets in an attempt to get ahead of Apple's next-gen iPhones. On July 21 the earlier news was confirmed in the Korean press. Bloomberg also now confirms that Samsung will unveil its next Note device on Aug. 13, earlier than the company's usual schedule.

In contrast Apple had another stellar quarter for iPhone sales establishing a new June Quarter record. Apple's iPhone unit sales grew 35% which is almost 3X the rate of growth of the smartphone market overall.