In March, a Bloomberg report noted that Stanford University researchers were stunned to find that 11,000 people had signed up for a cardiovascular study using Apple's new ResearchKit, less than 24 hours after the iPhone tool was introduced. With ResearchKit, Apple has created a pool of hundreds of millions of iPhone owners worldwide, letting doctors find trial participants at unprecedented rates. Already five academic centers have developed apps that use the iPhone's accelerometers, gyroscopes and GPS sensors to track the progression of chronic conditions like Parkinson's disease and asthma. In a new report that was published just yesterday, we learn that more than 75,000 people have enrolled in health studies that use specialized iPhone apps.

Dr. Michael McConnell, a Stanford University cardiologist, who's using an app to study heart disease, stated that a smartphone "is a great platform for research. It's one thing that people have with them every day." 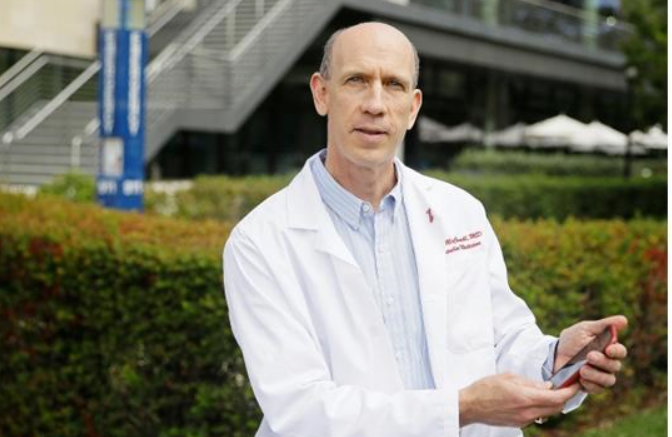 While the studies are in early stages, researchers also say a smartphone's microphone, motion sensors and touchscreen can take precise readings that, in some cases, may be more reliable than a doctor's observations. These can be correlated with other health or fitness data and even environmental conditions, such as smog levels, based on the phone's GPS locater.

For scientists, a smartphone app is a relatively inexpensive way to reach thousands of people living in different settings and geographic areas. Traditional studies may only draw a few hundred participants, said Dr. Ray Dorsey, a University of Rochester neurologist who's leading the Parkinson's app study called mPower.

Smartphones also offer the ability to collect precise readings, Dorsey added. One test in the Parkinson's study measures the speed at which participants tap their fingers in a particular sequence on the iPhone's touchscreen. Dorsey said that's more objective than a process still used in clinics, where doctors watch patients tap their fingers and assign them a numerical score.

Some apps rely on participants to provide data. Elizabeth Ortiz, a 48-year-old New York nurse with asthma, measures her lung power each day by breathing into an inexpensive plastic device. She types the results into the Asthma Health app, which also asks if she's had difficulty breathing or sleeping, or taken medication that day. 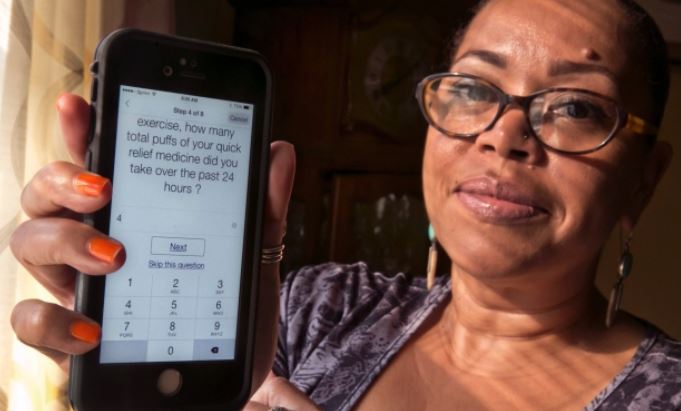 "I'm a Latina woman and there's a high rate of asthma in my community," said Ortiz, who said she already used her iPhone "constantly" for things like banking and email. "I figured that participating would help my family and friends, and anyone else who suffers from asthma."

Eric Schadt, a genomics professor who's using an iPhone app to study asthma at New York's Icahn School of Medicine at Mount Sinai stated that "Diseases like asthma are very complicated. They're not caused by a single gene or environmental influence. The only hope you have of really going further in resolving this disease is for researchers to get to more people."

None of the apps test experimental drugs or surgeries. Instead, they're designed to explore such questions as how diseases develop or how sufferers respond to stress, exercise or standard treatment regimens. Stanford's McConnell said he also wants to study the effect of giving participants feedback on their progress, or reminders about exercise and medication.

The report noted that McConnell had further noted that in the future, researchers might be able to incorporate data from participants’ hospital records. But first, he added, they must build a track record of safeguarding data they collect.