Late yesterday Microsoft introduced the next evolutionary step for their current Xbox Music experience, now titled Groove, with new features that they think fans will love. Microsoft states that "Groove describes what people feel and do with music, and is more intuitive for our Windows 10 customers on what they'll find with the app." Groove will also be coming to the iPhone shortly according to Microsoft. Now that Apple Music has launched, Microsoft knew that they had to modernize and update their music service to just stay in the game, marginally. 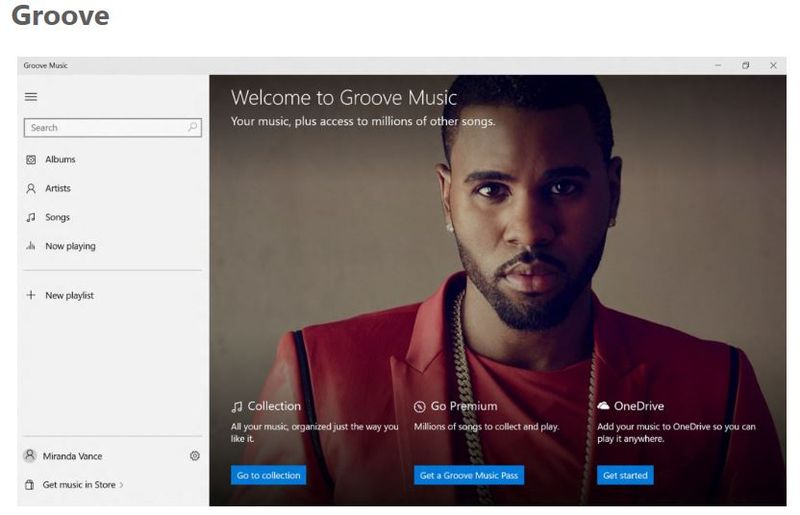 The Look and Feel: According to Microsoft, Groove provides an improved experience for listening to and managing your music in Windows 10. Getting into music is faster than ever with easy-to-use menus and navigation controls that work well with both mouse and keyboard, and with familiar touch gestures on touch-screen devices. Pinch to zoom in or out of different views, drag your favorite tracks in to playlists, hover over the Taskbar icon for playback controls, or right click for contextual menus to pin an album to your Start menu. And you can also infuse your personality in to Groove – choose a light or dark theme for the app depending on your mood, or pick an accent color in Windows Settings and the Groove app makes it shine.

Accessing Your Music on your favorite devices: Groove will also allow users to users to access their content across their mobile devices – with built-in OneDrive integration making favorite songs only a few clicks away. Users will be able to upload all of their MP3's to OneDrive, even songs purchased from iTunes, and access them all for free with the Groove app on your Windows devices, Xbox, the web — and even on your Android phones and iPhones (coming soon).

Music and the Windows Store: Users will be able to sign up for a Groove Music Pass subscription – a premium ad-free listening experience with no interruptions. $9.99/month or $99/year gets you complete access to stream and download music from the Windows Store — one of the largest music catalogs on the planet with over 40 million tracks.

Subscribers can also create custom radio stations based on their favorite songs, albums and artists. If you already have an Xbox Music Pass, don't worry – it'll automatically become the Groove Music Pass without having to do anything. For more on Groove, click here.