A recently published patent application from Microsoft reveals that they're attempting to bring virtual Xbox gaming controls to touch screen devices like their Surface tablet and far beyond. Microsoft has over the last few years, taken us on a journey into various future scenarios for gaming from pre-HoloLens gaming helmets to virtually taking over our gaming room environments to clippable tablet controllers and even other virtual controller ideas. So today's invention is just one of many available to Microsoft – and yet it's the closest they've come to mimicking their Xbox gamepad. Interestingly Microsoft hints that their virtual control invention could mimic other gamepads from Sony and Nintendo as well as introduce custom gamepad UI designs for specific games. If you're an Xbox gaming fan, then check out the full report on this latest invention at Patently Mobile. 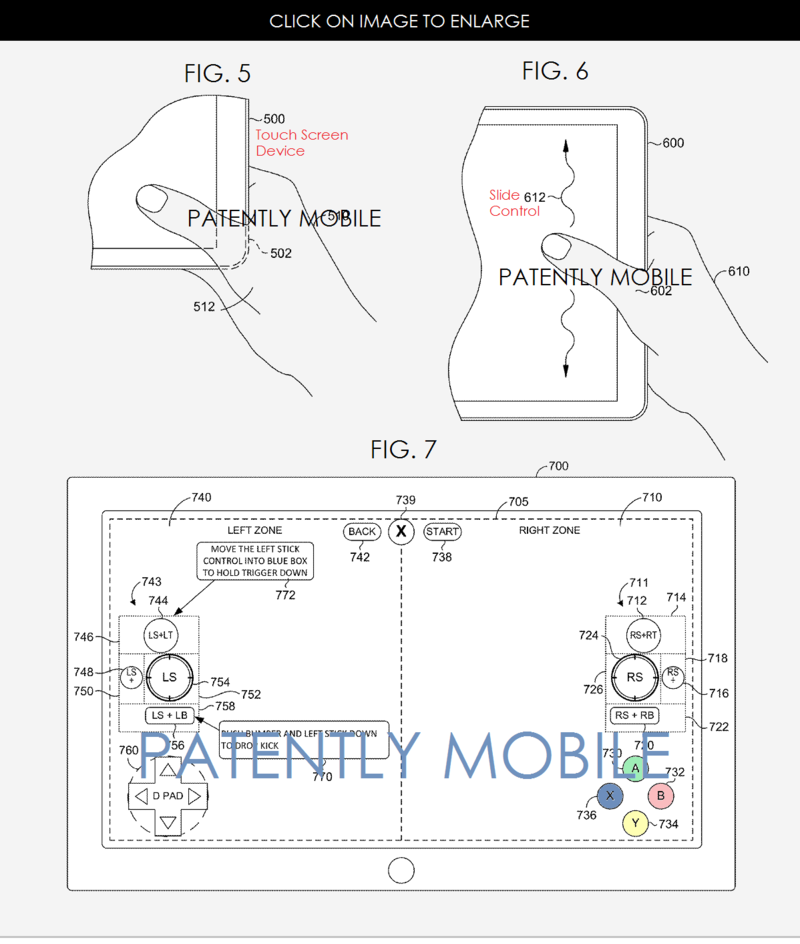