Believe it not, Apple's engineers actually began working on Force Touch sensors for future iDevices way back in 2006 in relation to force sensors for the iPad bezel and display. Since that time there have other force touch inventions that have been published relating to the Apple Watch and MacBook. The latest buzz is that Apple's next iPhone is likely to introduce the Force Touch feature and today a related force touch invention for the iPhone and other iDevices surfaced in Europe. If Apple launches this feature in September, then this will be another patent fulfilled.

In some cases, it may be advantageous to detect and measure the force of a touch that is applied to a surface to provide non-binary touch input. However, there may be several challenges associated with implementing a force sensor in an electronic device. For example, temperature fluctuations in the device or environment may introduce an unacceptable amount of variability in the force measurements. Additionally, if the force sensor is incorporated with a display or transparent medium, it may be challenging to achieve both sensing performance and optical performance in a compact form factor.

Apple's Invention Relates to Force Touch for the iPhone

Apple's invention may take the form of an optically transparent force sensor, which may be used as input to an electronic device. The optically transparent force sensor may be configured to compensate for variations in temperature using two or more force-sensitive layers that are disposed on opposite sides of a compliant layer. In some embodiments, anisotropic piezoelectric materials are used to compensate for variations in temperature. 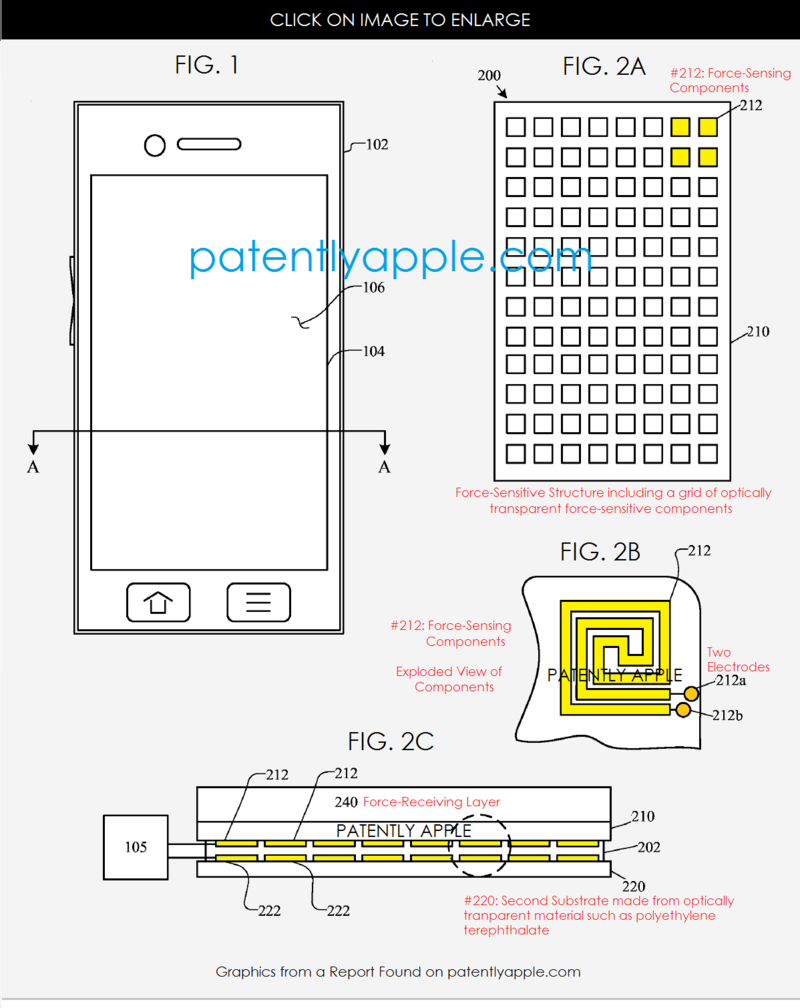 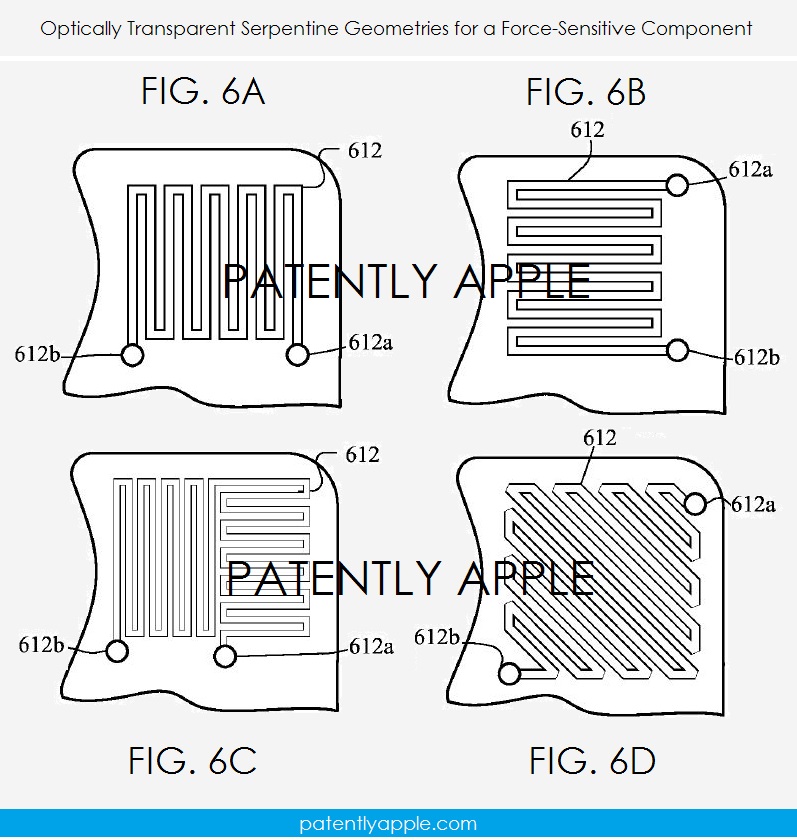 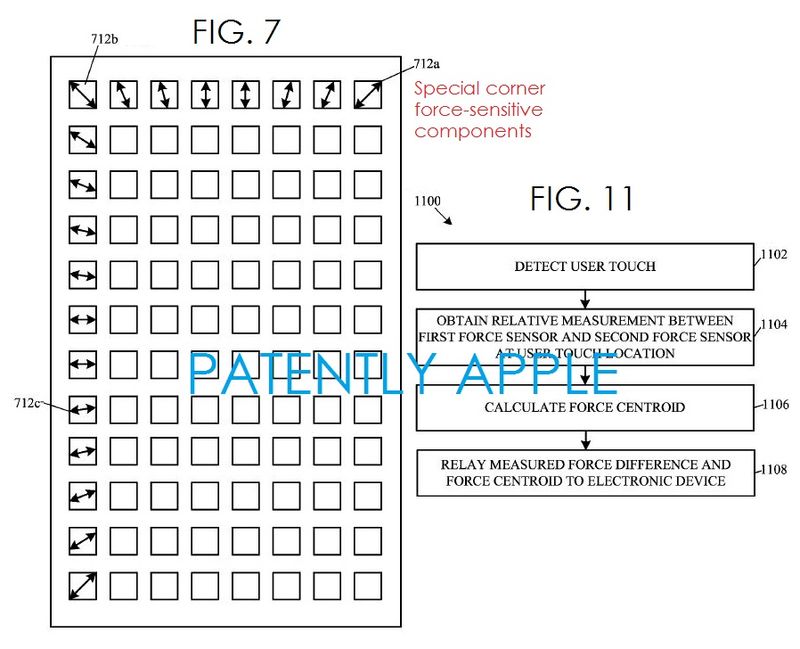 Apple's patent FIG. 11 noted above is an additional process flow diagram illustrating example steps of a process 1100 for operating a temperature-compensating force sensor.

Apple notes that their invention relates to a wide variety of possible future devices including the iPhone, iPad, a computer display, a notebook computing device, a desktop computing device, a computing input device (such as a touch pad, keyboard, or mouse), a wearable device, a health monitor device, a sports accessory device, and so on.

Apple's invention was published and found in Europe today. Apple's international filing was originally made in January 2015. Considering that this is a patent application, the timing of such a product to market is unknown at this time – though rumors point to this invention being fulfilled with the new iPhones debuting this September.