The U.S. Patent and Trademark Office officially published a series of 47 newly granted patents for Apple Inc. today. In this particular report we cover a single granted patent for another PrimeSense invention relating to optical projection. Apple was granted related patents back in May covering a 3D Camera invention focused on time-coded illumination and another for a projector system designed for controlling games on iDevices via gestures.

Apple's newly granted patent covers their invention relating to optoelectronic devices and specifically to integrated projection devices. The photonics modules are useful as projectors of patterned light, for example in 3D mapping applications, but they may also be used in various other applications that use optical projection and sensing, including free-space optical communications. 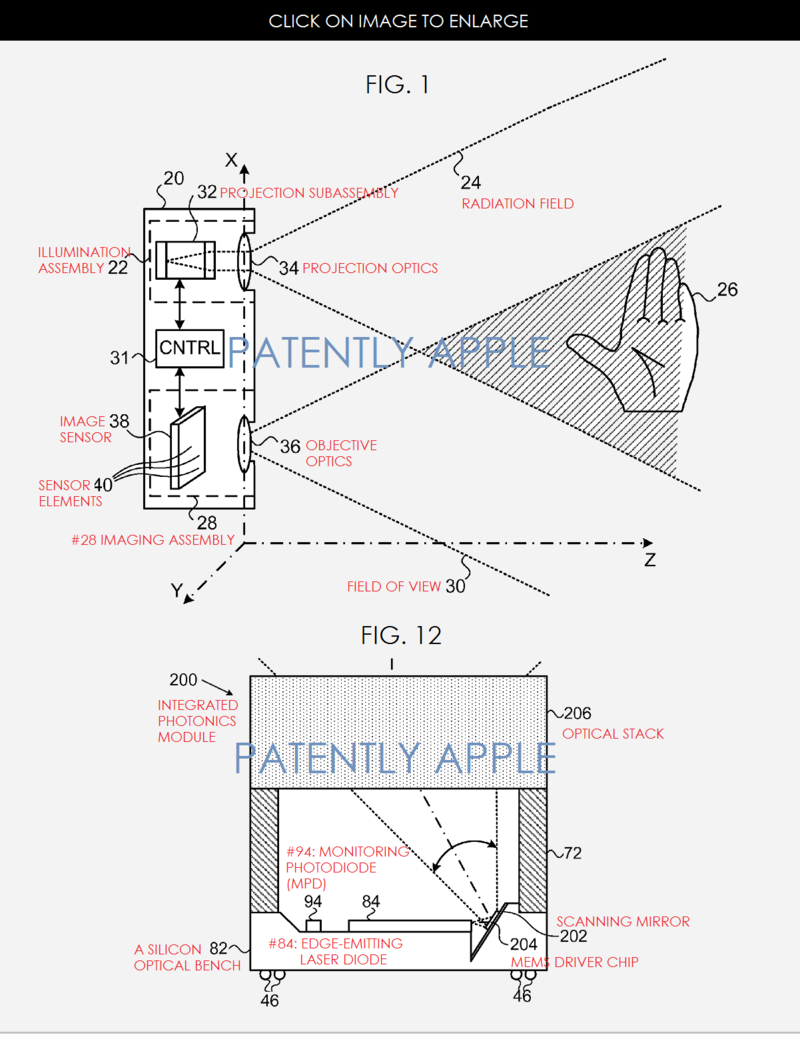 Apple credits Israel Petronius, Zafrir Mor, Mordehai Margalit, Benny Pesach and Alexander Shpunt as the inventors of granted patent 9,091,413 which was filed back in Q2 2014 and published today by the US Patent and Trademark Office. This is a highly sophisticated invention. To review the details of this invention, click here.