Home Archives Contact Us Subscribe Twitter MeWe Facebook Patently Mobile
Google is silently advancing their Glass Product Exclusively for Businesses
Prior to the GTAT Fiasco, Apple had invented a New Way to Manufacture near Defect-Free Sapphire for the iPhone

Sources familiar with Apple's plans for the next generation of Apple TV tell BuzzFeed News that Apple intends to announce its next-generation device in September, at the same event at which it typically unveils its new iPhones.

According to the BuzzFeed report, Apple TV is now "more polished" after some additional tweaks. Paczkowski says to expect a refreshed and slimmer chassis and new innards; Apple's A8 system on chip; a new remote that sources say has been "drastically improved" by a touch-pad input; an increase in on-board storage; and an improved operating system that will support Siri voice control. Crucially, the new Apple TV will debut alongside a long-awaited App Store and the software development kit developers need to populate it.

We covered the Apple TV delay back in June stemming from a Wall Street Journal report.

Apple's last two patent applications (one and two) regarding a future version of the Apple TV remote have shown it to include a touchpad and custom gestures for Apple TV. Additionally, the latest Apple patent also goes further to show home automation may be integrated into Apple TV acting as in-home hub that could one day control everything from your appliances to your thermostat and security systems. We first talked about this possibility over a year ago.

The specific new features that will actually debut with the new remote in September still remains a mystery and hopefully we'll be surprised. 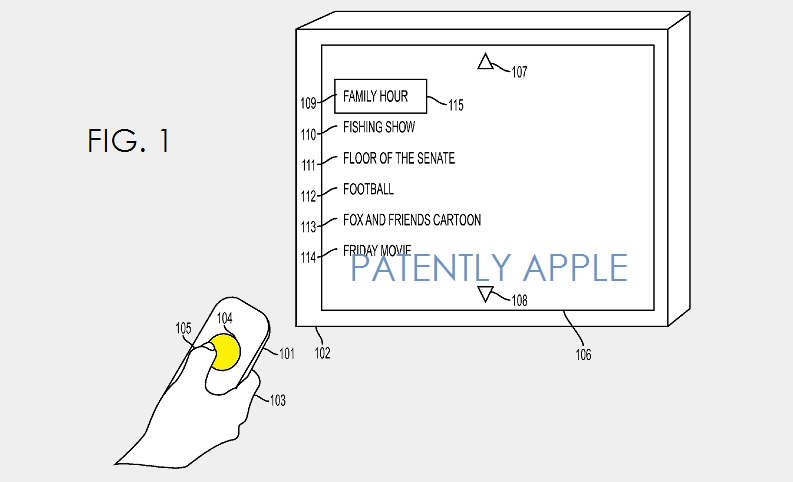 Last year Amazon surprised the market during the holiday shopping season by launching a new home device called "Echo," with its Siri competitor "Alexa." With Echo, consumers could wirelessly connect their smartphones and play music from Spotify with Echo's built in speaker and ask "Alexa" questions. It would be great if Apple could introduce Siri so as to work with Apple Music and Apple TV. Will Apple pull it off? Only time will tell.