On July 23, 2015, the U.S. Patent & Trademark Office published a patent application from Apple that reveals that their lightning connectors use graphene signal paths.

Electronic devices often include input-output connectors and other structures that are formed from molded plastic parts. It can be challenging to route signals within these molded plastic parts. Some connectors form signal paths using stamped sheet metal. Stamped sheet metal structures may, however, be bulky. Metal can be deposited using physical vapor deposition techniques, but metal coatings that are formed in this way may not be conformal and may be overly thick.

It would therefore be desirable to be able to form improved structures for electronic devices such as molded plastic structures for input-output connectors or other device structures.

In Apple's patent FIG. 11 below we're able to see a connector 72 (lightning connector) coupled to a signal cable such as cable #98. Cable #98 may contain a bundle of metal wires surrounded by an insulating plastic jacket. Each metal wire in the cable may be connected to a respective printed graphene trace #80 in connector 72 (as an example). Inkjet-printed graphene traces #80 may be formed on the upper and/or lower surfaces of plastic connector tongue #84. The tongue may be mounted within connector shell #76. 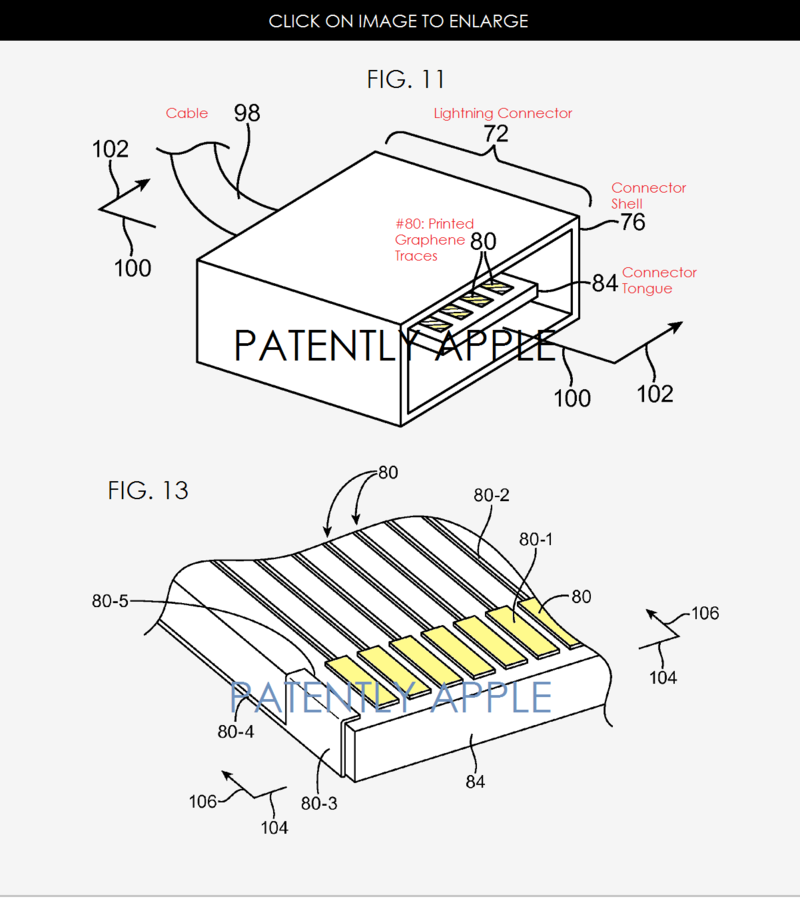 Apple's patent FIG. 13 is a perspective view of a tip portion of tongue member #84 in an illustrative connector configuration having printed graphene traces #80 that form signal contacts and a ground conductor (i.e., a ground contact, ground shielding structure, or other ground). As shown in FIG. 13, inkjet-printed graphene traces may have enlarged portions that form connector contacts 80-1. 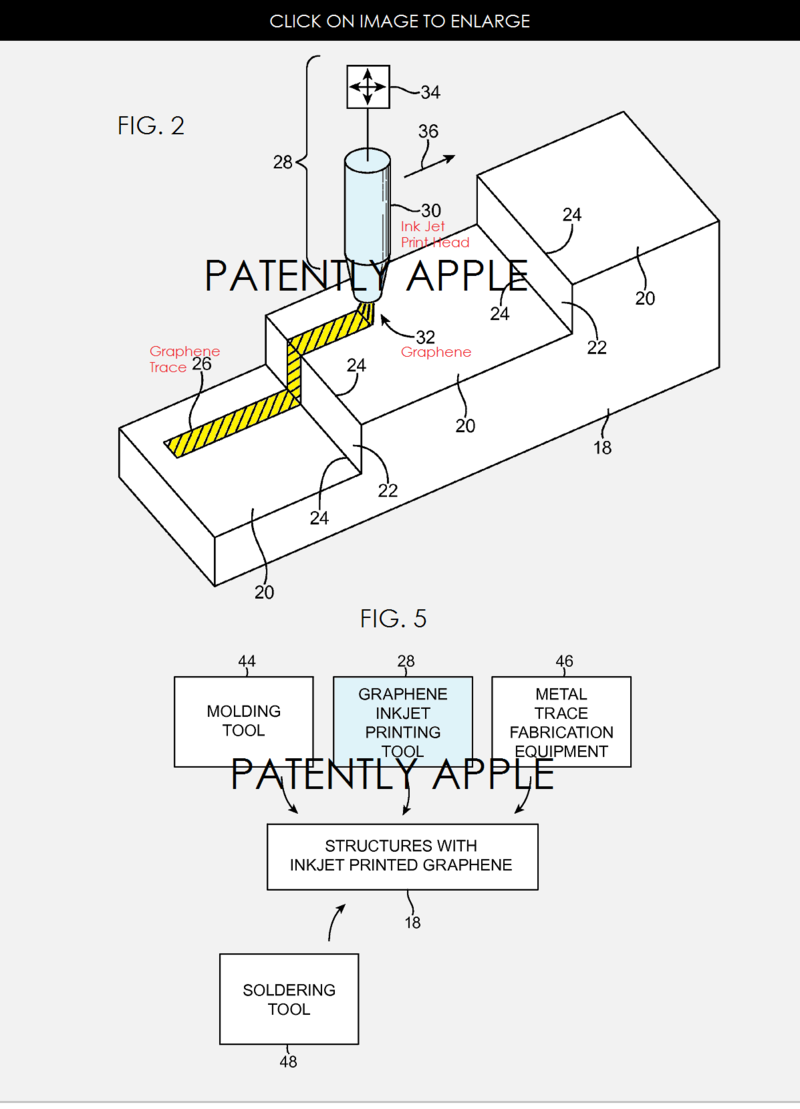 Apple's patent FIG. 2 noted above is a perspective view of an illustrative structure on which a printed graphene trace is being formed. As shown in FIG. 2, structure #18 may include horizontal surfaces #20 and vertical surfaces #22 that are joined by right-angle bends #24 Inkjet-printed graphene trace #26 may overlap bends #24. The structure may be formed from polymer, glass, ceramic, metal, carbon-fiber composite material or other fiber composite material, other dielectrics, other materials, or combinations of these materials.

Apple credits Ibuki Kamei, Eric Jol and Warren Jones as the inventors of patent application 20150207254 which was originally filed in Q1 2014.