Everyone that uses EarPods knows the delights of tangled wires. One of the inventions revealed today by the U.S. Patent & Trademark Office shows that Apple has come up with a way for their future EarPods to be magnetically mated to keep them together. It may not completely solve tangled wires, but it's a start. Apple notes that the "magnet assemblies or magnet systems of the left earphone and the right earphone are polarized with asymmetry, i.e., the magnet assembly of the left earphone has a magnetic polarity that is opposite to that of the magnet assembly of the right earphone. Because of the opposite magnetic polarities, the earphones will attract each other such that, for example in the case of symmetrical earphone housings, the same sides of the two earphone housings could come into contact with each other and be held in that position to in effect form a single unit." 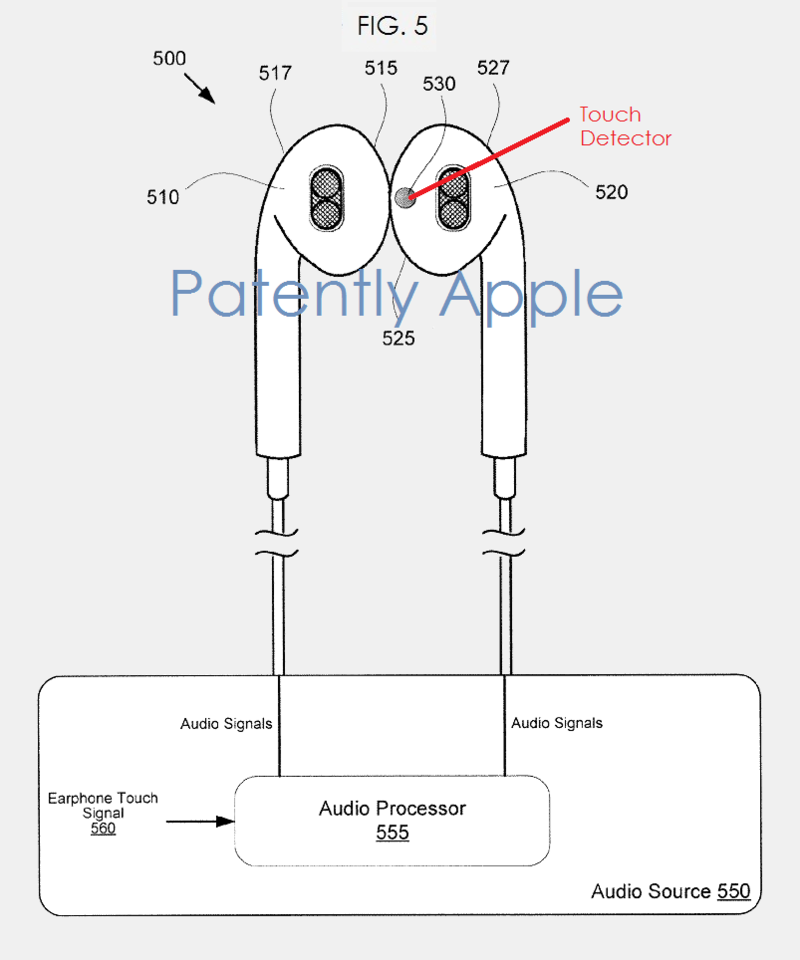 Apple notes that the touch detector #530 sends an earphone touch signal #560 to the audio processor #555 through the wired connection or it may do so wirelessly. In one embodiment, the touch detector is a physical mechanical switch that, when actuated by the housings of the left and right earphones coming together to touch each other (due to magnetic attractive forces discussed above), asserts the earphone touch signal 560 to the audio processor 555.

Apple credits Yacine Azmi and Esge Andersen as the inventors of patent application 20150195639 which was originally filed in Q1 2014. Considering that this is a patent application, the timing of such a product to market is unknown at this time.