Keeping our MacBooks and other devices charged is always a priority and Apple has a new invention that could use solar cells integrated into trackpads, the Magic Mouse, Magic Trackpad, Apple's wireless keyboard and into parts of the iPhone that could provide added stored power. Apple notes that "the wireless device has a touch sensor and a solar cell that converts ambient light into electrical power. Wireless communications circuitry transmits the touch input to the external equipment using the electrical power from the solar cell. Energy storage devices such as a capacitor and a battery can be charged using the electrical power." Solar Cell ambient light sensors for the iPhone were covered much deeper in our June 2014 patent report that you could review here. To date Apple has more than 16 inventions relating to solar power aimed at future Apple computers/devices.

It would therefore be desirable to be able to provide improved wireless electronic devices such as wireless input-output devices for controlling external electronic equipment.

A wireless input-output device may gather touch input from a user. The touch input may be wirelessly transmitted to external wireless equipment such as a computer. The wireless device may be a track pad, a touch sensitive computer mouse, a keyboard with an integrated trace pad, or other wireless accessory.

In Apple's patent FIG. 1 we're able to see a power circuitry #34 that may include a light-based source of power such as solar cell #36. Solar cell 36 (sometimes also referred to as a photovoltaic cell or light-based power source) may be based on inorganic semiconductors (e.g., crystalline silicon, polysilicon, amorphous silicon, cadmium telluride, gallium arsenide, etc.), organic semiconductors (e.g., polymers such as polyphenylene vinylene), or other suitable materials. 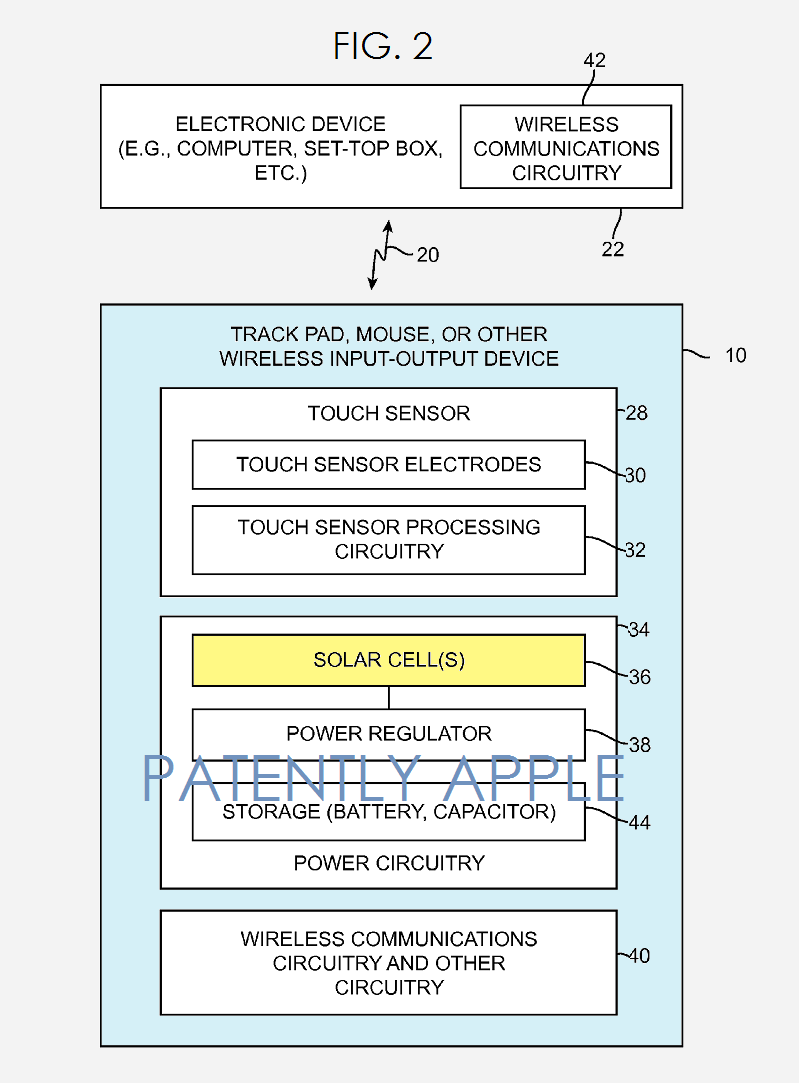 Apple's patent FIG. 6 is a cross-sectional side view of an illustrative wireless track pad of the type that may be powered using a solar cell. 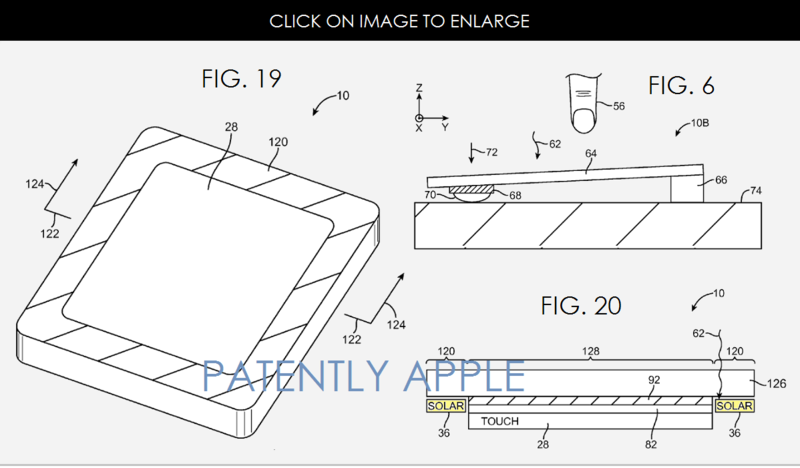 Apple credits Matthew Lang as the sole inventor of patent application 20150199062 which was originally filed in Q1 2014. Considering that this is a patent application, the timing of such a product to market is unknown at this time.

Apple has more than 16 inventions relating to solar power being used in future computers/iDevices and because of that Patently Apple has just opened a new Solar Energy Archive.