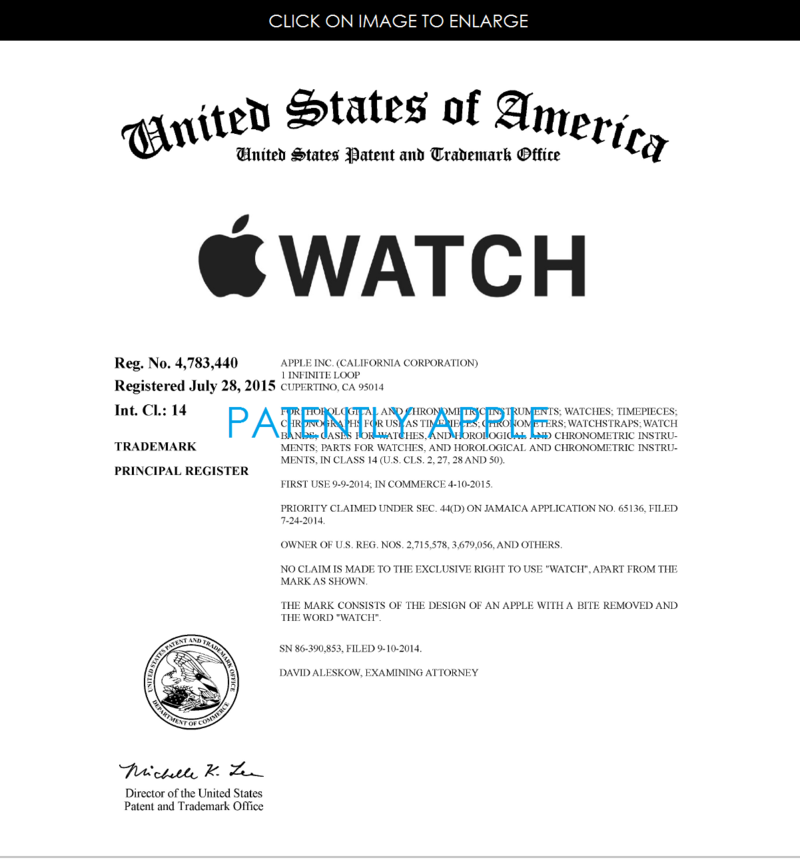 The U.S. Patent and Trademark Office also issued two additional Registered Trademark Certificates to Apple today. The first is for "Apple Watch" (Alternate trademark style with just words and no Apple Graphic) under number 4,783,437. The trademark was filed under the same International Class 0014; the second is for "TestFlight" under RTM number 4,780,494.

It should also be noted that over the last two weeks Apple has received 45 design patents relating to Apple Watch designs, the Apple Watch charger, related packaging and more from the Patent and Trademark Office in Hong Kong China as noted in our reports listed below: