The U.S. Patent and Trademark Office officially published a series of 47 newly granted patents for Apple Inc. today. In this particular report we cover one of Apple's original biometric patents that describe adding a tactile feedback feature to future iDevices like the iPhone. Our report also covers a granted patent for the Apple Watch charger and beyond. We wrap up this week's granted patent report with our traditional listing of the remaining granted patents that were issued to Apple today.

Apple's newly granted patent covers their invention relating to the field of electronics, and, more particularly, to the field of finger biometric sensors, and associated manufacturing methods. 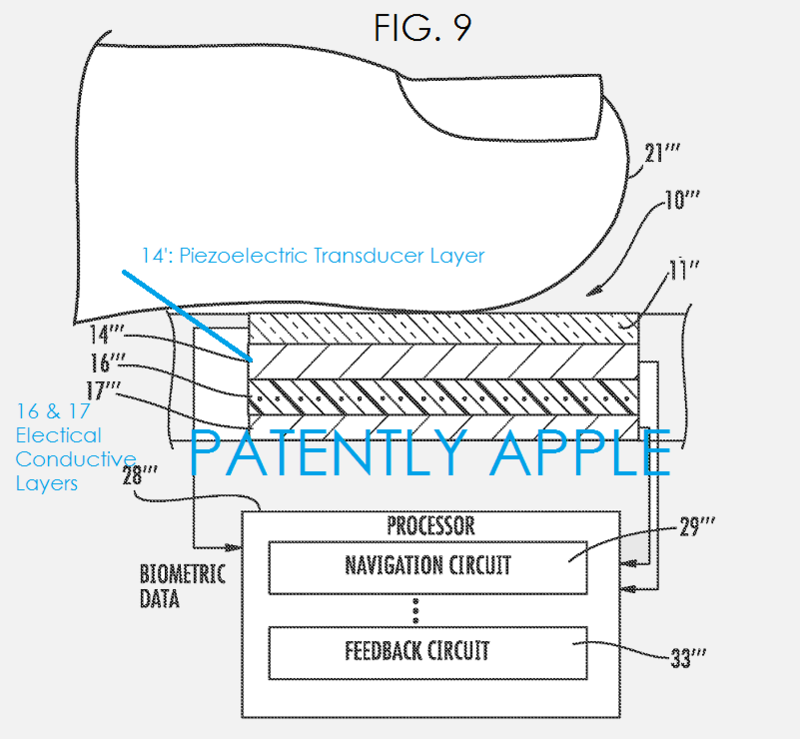 According to Apple, this feedback may be particularly helpful to a user performing a navigation function on an electronic device, such as the cellphone, for example, where a user is scrolling down a menu and the sensor generates a click each time the cursor crosses from one menu item to the next.

Apple credits Dale Setlak, James Neil, Daryl Williams, Richard Jones and Nicolaas Van Vonno as the inventors of granted patent 9,092,653 which was originally filed in Q4 2013 and published today by the US Patent and Trademark Office. 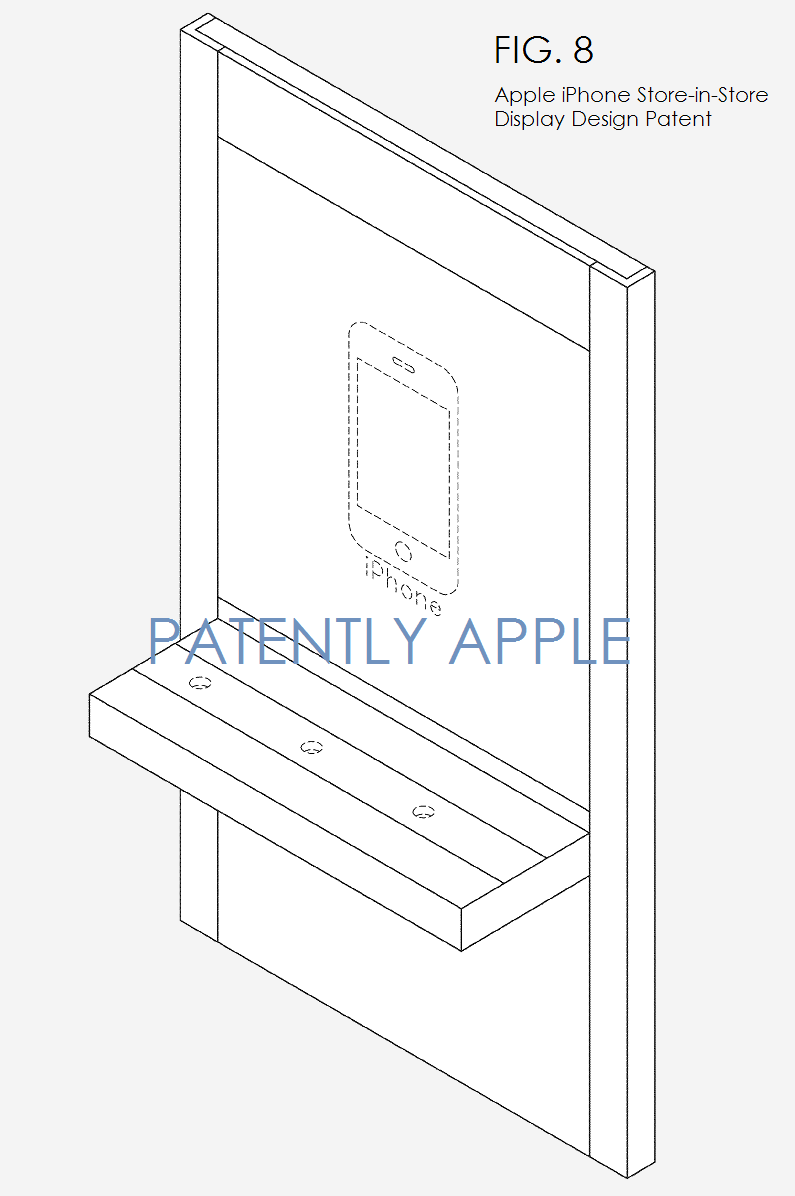 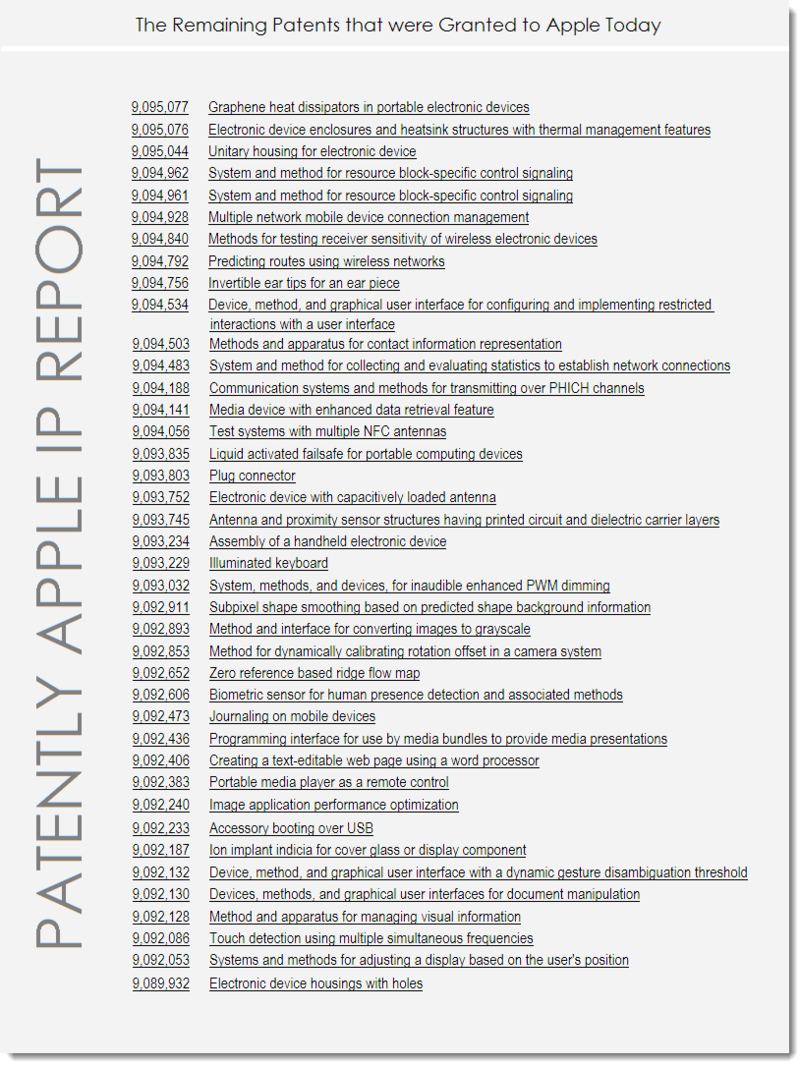