The U.S. Patent and Trademark Office officially published a series of 38 newly granted patents for Apple Inc. today. In this particular report we cover three inventions including a new iPhone tapping feature for games and other applications along with a design patent for an "audio listening system. We wrap up this week's granted patent report with our traditional listing of the remaining granted patents that were issued to Apple today.

Granted Patent: Fine Tuning an Operation Based on Tapping

Apple's patent FIG. 2B noted below is a block diagram illustrating an example of a mobile device that can move a virtual object leftward in response to a tapping against the device's right side. 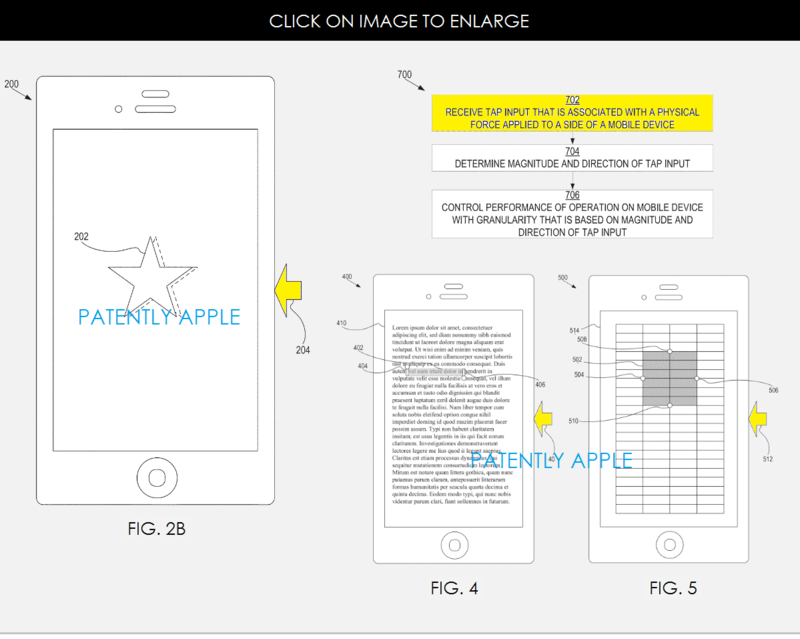 Further to patent FIG. 2B, Physical force 204 can have both a direction and a magnitude. In this example, the direction is leftward. The magnitude can be dependent on how hard the user taps the surface.This could relate to applying "Force Touch" to the side frames of a future iPhone and iPad.

Apple notes that this feature could apply to a wide range of applications including business apps, photography and gaming.

Apple credits Maxim Tsudik, an ex-Anobit Technologies engineer as the sole inventor of granted patent 9,086,796 which was originally filed in Q1 2013 and published today by the US Patent and Trademark Office. Apple acquired Anobit back in 2012. For more on this invention, click here.

Yesterday we posted a report titled "Samsung Invention Points to New Backside Touch Control Aimed at Future Edge Smartphones." While Samsung has applied for a patent for side tapping touch controls, Apple has now been granted a patent for it. Interesting timing. 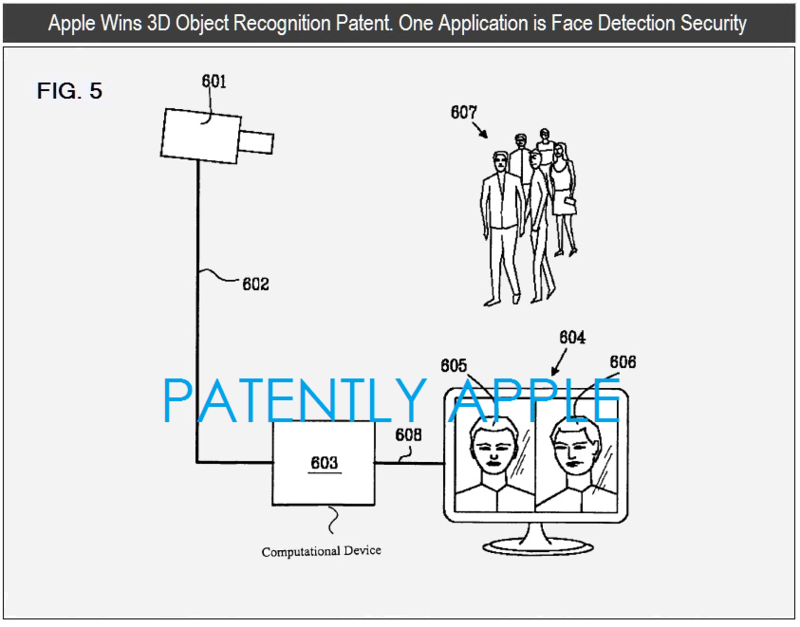 The invention behind Apple's granted patent consists of a statistical model of the shape variations in a class of objects relating the two-dimensional (2D) projection in images to the three-dimensional (3D) shape of the object and the use of the 3D shape information for identification or verification of the object. Furthermore, the present invention relates to an image processing device or system for implementing such a method. The process is fully automatic and may be used e.g. for biometric identification from face images or identification of objects in for instance airport security X-ray images.

This type of Biometric ID is being used in Microsoft's new Windows 10 OS under the feature called "Windows Hello."

Apple credits Jan Erik Solem (Malmo, SE) and Fredrik Kahl as the inventors of granted patent 9,087,232 which was originally filed in 2011 and published today by the US Patent and Trademark Office. 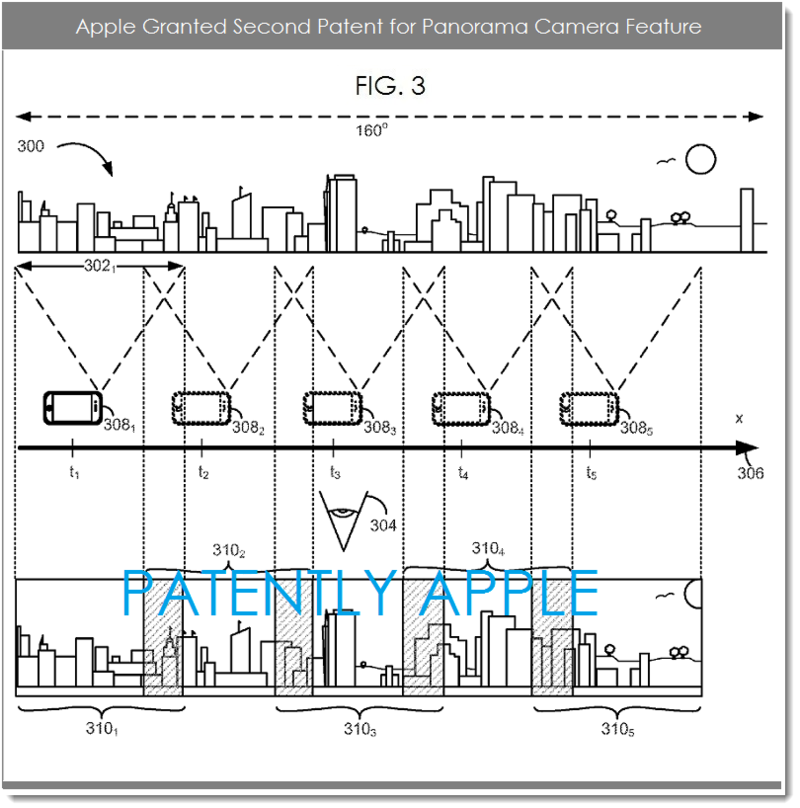 Patently Apple first covered this invention back in 2012 in a report titled "Apple's Cool iPhone 5 Panorama App revealed in 5 Patents." See the original patent report for more graphics and details. Apple was granted a related patent for this feature back in February 2015.

Apple credits Frank Doepke and Ralph Brunner as the inventors of granted patent 9,088,714 which was originally filed in Q2 2011 and published today by the US Patent and Trademark Office.

Apple was granted 6 design patents today. The most interesting of the design patent wins is one for an "Audio Listening Systems," as noted below (D734,744). 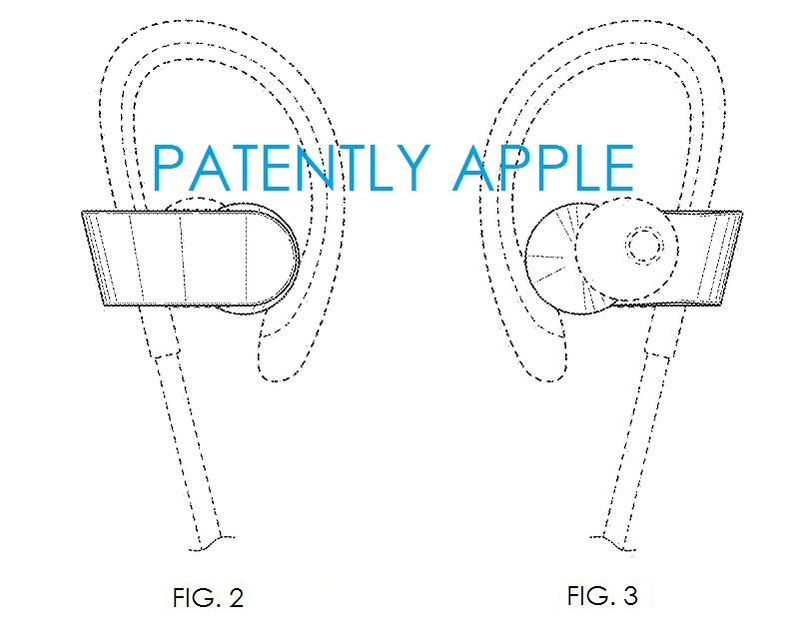 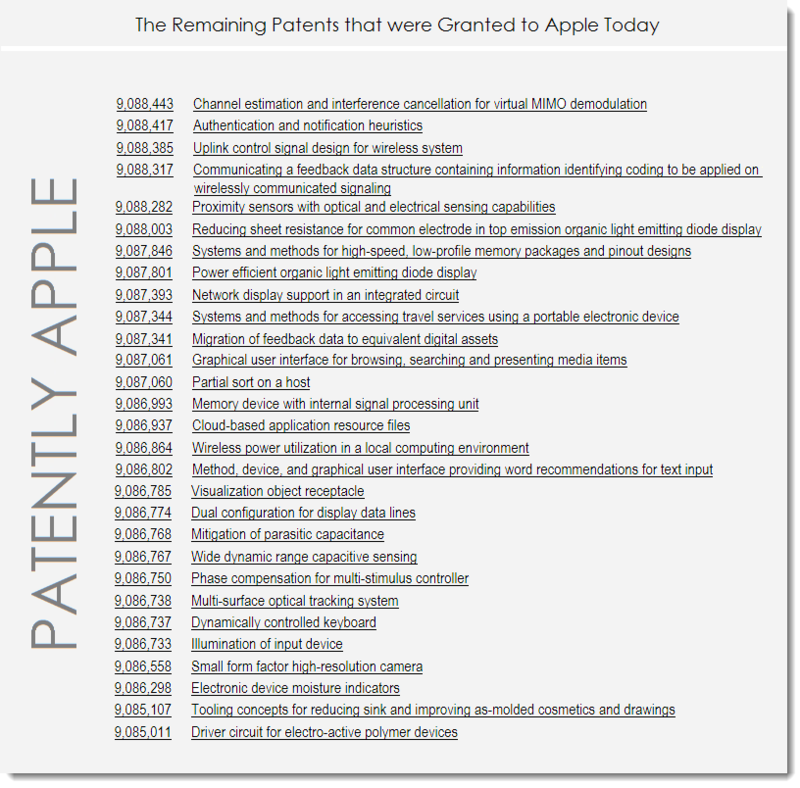