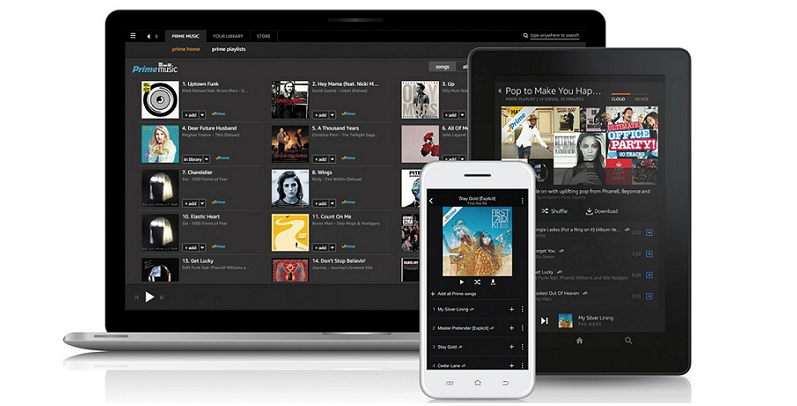 Amazon has launched its music streaming service, Prime Music, in the UK, offering Amazon Prime members access to over a million songs and hundreds of playlists at no additional cost to their membership. According to "The Official Charts Company" streaming music in the UK has almost doubled over the last 12 months. Figures published last week alone revealed the number of streams have now passed the 500m mark for the first time. Streaming music is the new media battle ground and it's why Apple and now Amazon are going all out to get their share of this new revenue stream.

According to the UK's Telegraph, the range of music on offer is significantly smaller than that of Spotify or Apple Music, which each have some 30 million at their disposal. However, both Spotify and Apple Music cost £120 (US$187) per year, whereas Prime Music is bundled with other Amazon Prime services – such as Prime Instant Video, Prime Now, Kindle Lending Library and Amazon Cloud Drive – for £79 (US$123) per year.

The service also does not include songs from Universal Music Group's catalogue, which includes work from artists Kanye West and Lady Gaga, because Amazon has not managed to reach a deal with the music label, but the company said that more music is being added all the time. Taylor Swift's album isn't available either.

Prime members in the UK can start listening to Prime Music today at www.amazon.co.uk/primemusic, or by downloading the latest Amazon Music app from the Android or iOS app store. Anyone who is not already a Prime member can sign up for a 30-day free trial. For more on this, read the full reports from the Telegraph and Guardian.