Apple's second stylus invention published today relates to systems and methods for simulating texture of a surface via haptic feedback from a touch implement such as a stylus. The invention is somewhat less advanced than Apple's first invention on this that we covered earlier today. Whether Apple would start with this invention and graduate to the second invention is unknown at this time.

In this invention, the stylus may include one or more controllers coupled to one or more haptic devices and one or more sensors that detect when the touch implement contacts a surface. The controller may provide haptic feedback via the haptic device(s) to simulate a texture of the surface when the touch implement is in contact. In some cases the texture may correspond to a texture displayed on the surface whereas in other implementations the texture may be unrelated to the appearance of the surface. 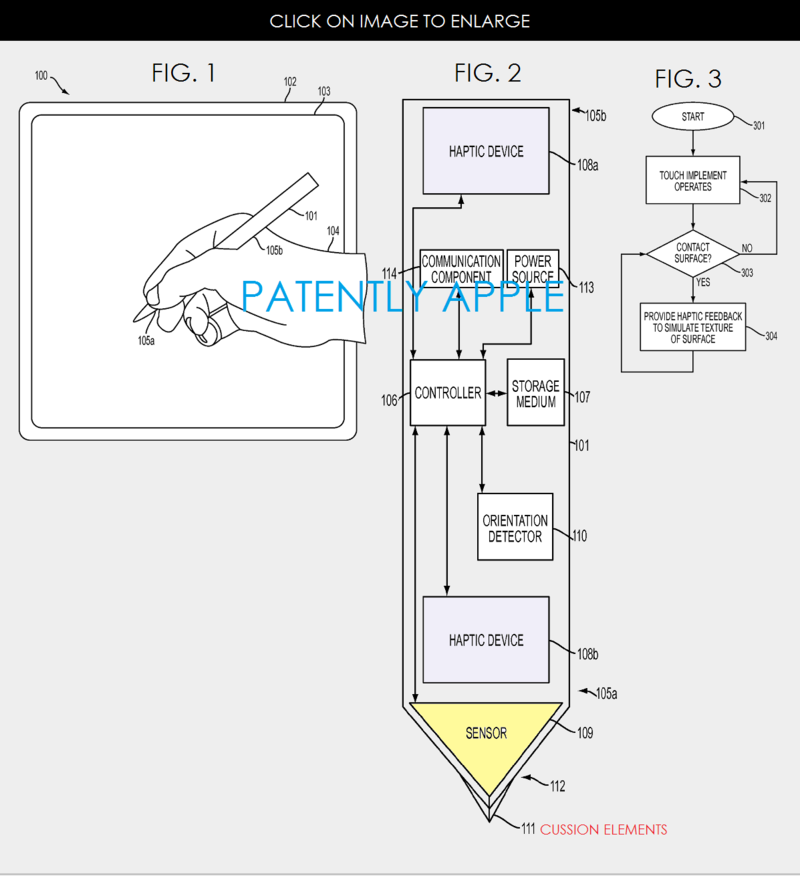 Apple's patent FIG. 2 is a block diagram illustrating an example of a touch implement/stylus #101.

Apple credits Jason Lor, Patrick Carroll and Dustin Verhoeve as the inventors of patent application 20150212578 which was originally filed in Q1 2014. Considering that this is a patent application, the timing of such a product to market is unknown at this time.