The First Lawsuit Involving the Apple Watch has been Filed

Apple has been sued by a Missouri patent troll for infringing their acquired patent relating to a smartwatch. According to MASA LLC, a letter was sent to Apple on February 5, 2014, notifying them that their new Apple Watch Products contained many of the same features claimed in their 2013 patent. 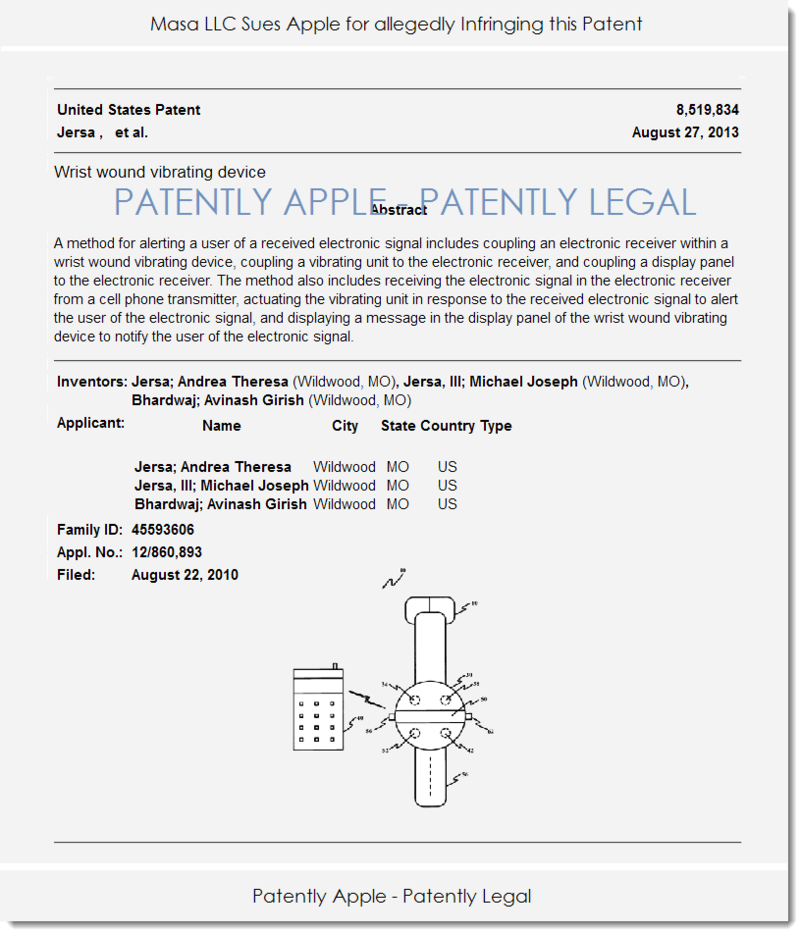 The Facts of the Case According to MASA's Formal Complaint

The claimed vibrating device may include a display panel that can display electronic signals, such as a text message and a phone number associated with an individual that sent a text message.

As shown by way of example in the photograph below, the Apple Watch Products are personal electronic devices that are coupled to a strap and designed to be worn on a user's wrist like a wrist watch.

The Apple Watch Products are designed to be paired via Bluetooth with Apple's iPhone products, and are designed to receive and respond to electronic signals such as text messages or phone calls that a user receives on his or her cellphone. This is depicted, for example, at page 27 of the Apple Watch User Guide Version 1.01 as shown below: 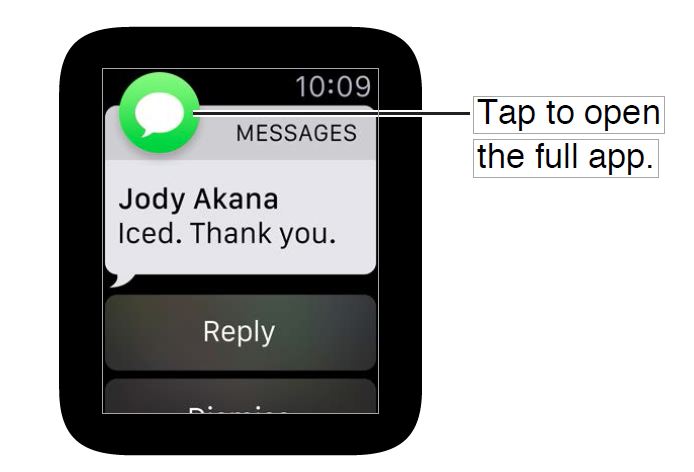 The Apple Watch Products can alert a user to the received electronic signal by creating a vibration on the user's wrist. A user can use a selector option switch (for example, the Apple Watch Products' Digital Crown) to select a stored phone number to send a pre- programmed text message in response.

The Apple Watch Products can also receive electronic signals and send notifications to a user regarding, among other things, date, time, calendar appointments, reminders, and emails.

In a letter dated February 5, 2014, counsel for the Inventors notified Apple of the '834 patent, and informed Apple that the Apple Watch Products contain many of the same features claimed in the '834 patent. Inventor's counsel included a copy of the '834 patent in this letter to Apple.

Apple has directly infringed claims 1-14 of the '834 patent under 35 U.S.C. § 271(a) by making, using, selling, and/or offering to sell, its Apple Watch Products within the United States.

Although no set amount of money is listed in the claim, they ask the court that should Apple be found guilty of patent infringement that the amount awarded to them be tripled due to Apple's infringement being willful, according to Masa's attorneys.

The patent infringement case presented in today's report was filed in the Missouri Eastern District Court by attorney's for MASA LLC on June 5, 2015. The Presiding Judge in this case is noted as being Judge Audrey G. Fleissig.