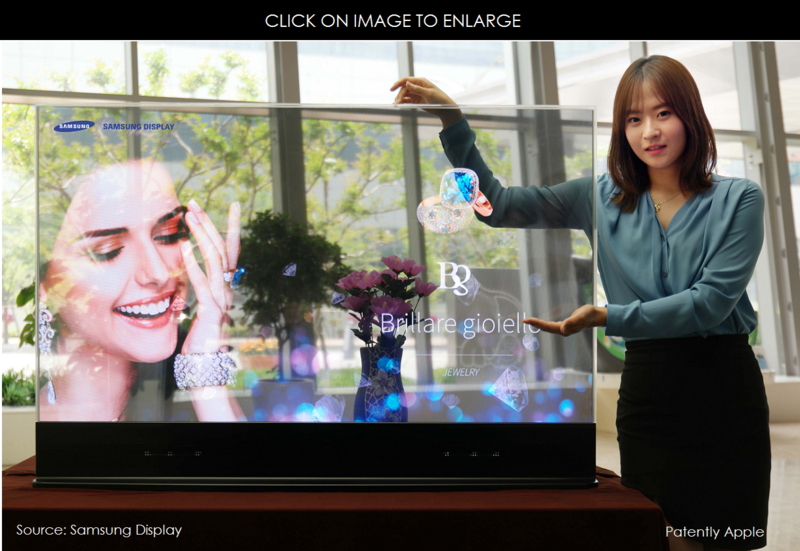 It's being reported today that Samsung Display has teamed with Intel to promote transparent displays. It says its 55-inch transparent display is the world's largest, based on organic light-emitting diode (OLED) technology. Officials say the product represents company efforts to expand in the commercial display market rather than spend more on the development of OLED TVs, which is still at an early stage.

Intel first revealed their 3D Depth Camera at CES back in January 2014 as noted below. 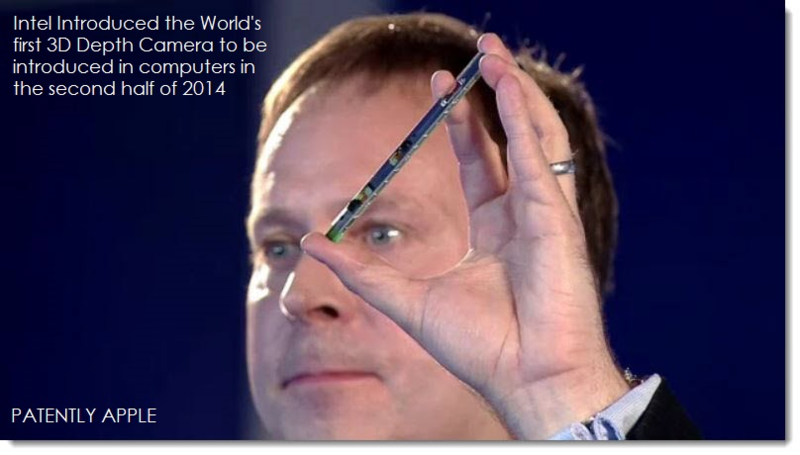 Intel's work on this technology has been rapidly expanding. Intel, who has since officially branded the camera as "RealSense," will be coming to smartphones this fall. In April, Intel's IDF Event in Shenzhen China also presented tablet computers that will adopt RealSense cameras later this year. Yet the leap to working with Samsung on this next venture could be huge for Intel and may point to RealSense coming to other Samsung smart products like phones in the future.

In relation to the new Samsung displays, Samsung's spokesman Kim Ho-jeong stated that "The Intel technology takes human-computer interaction to the next level of visualization, which combines consumer-grade 3D cameras with an easy-to-use, automated library of stored perceptions to simplify the camera enhancement efforts of software developers."

The products will be exhibited from June 9 to 11 at the Retail Asia Expo at the Hong Kong Convention Center, Asia's biggest expo for retailers.

Samsung has been working on this for some time now and Patently Mobile (formerly Patent Bolt) covered their patent application for this back in October 2013. Technically this would mean that it's a patent fulfilled. In fact, the patent application discussed the use of an advanced camera system. This is likely where Intel's RealSense camera is now playing a role in this project/product line.

The technology could eventually lead to a future smartphone using transparent displays as noted in a Samsung patent application back in 2014. Noteworthy is the fact that the technology was also on display at CES in 2010 in context with a notebook display as noted here.

Back in 2011 we also covered Apple's invention relating to similar display technology as noted here. For more on this story, see our full Patently Mobile report.

One last point: LG was noted in the Korean report as investigating this type of product in the future as well. You have to wonder if Apple could partner with LG by using combined technologies that they gained from PrimeSense and more specifically LinX which holds some of the very same technology features that Intel's RealSense possesses. Yes, it's a 1000 to 1 long-shot, but it's worth noting, just in case.