Today the U.S. Patent & Trademark Office published a patent application from Samsung that relates to an electronic device such as their Galaxy Note having an automatically ejectable input touch pen system. What's unique about this invention is that the pen could stay locked into the smartphone and only released until the user provides a special voice command and/or gesture. There have been ongoing rumors that Apple may introduce a smart pen or next generation stylus for their upcoming iPad Pro.  Coincidentally, one of Apple's continuation patents that we covered earlier this morning related to a smart pen holder accessory for the iPad that worked with the use of magnets.  For those wanting to stay on top of what Apple's greatest competitor is up to, then check out our report on Patently Mobile. 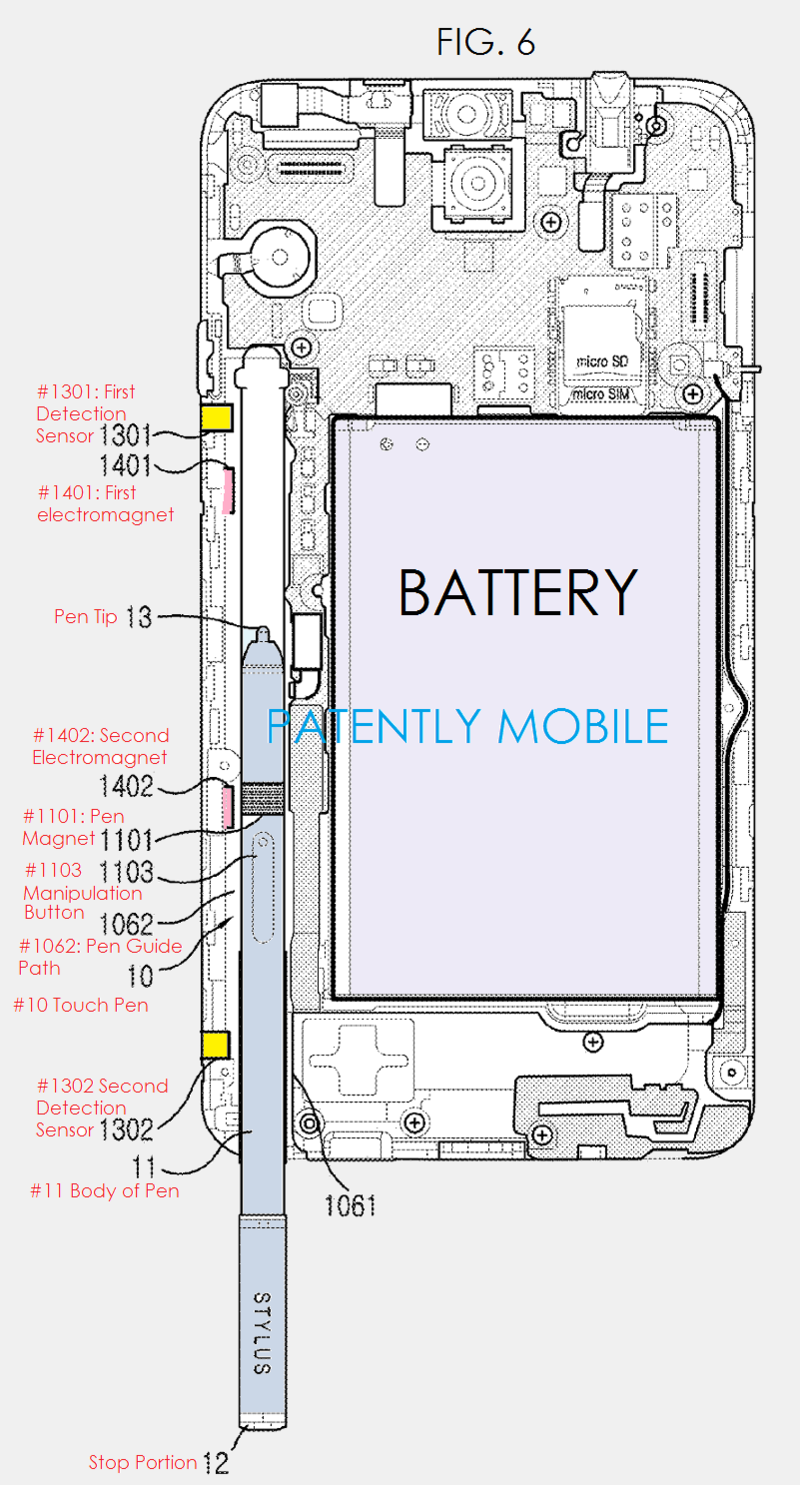