Yesterday we posted a report that revealed that Apple is working on a full iPhone display that will eventually eliminate their iconic Home button. Today we're learning that LG has been granted a U.S. design patent showing that they too are considering a smartphone design that abandons any classic Android button configurations in favor of a larger flex display without any distracting buttons. 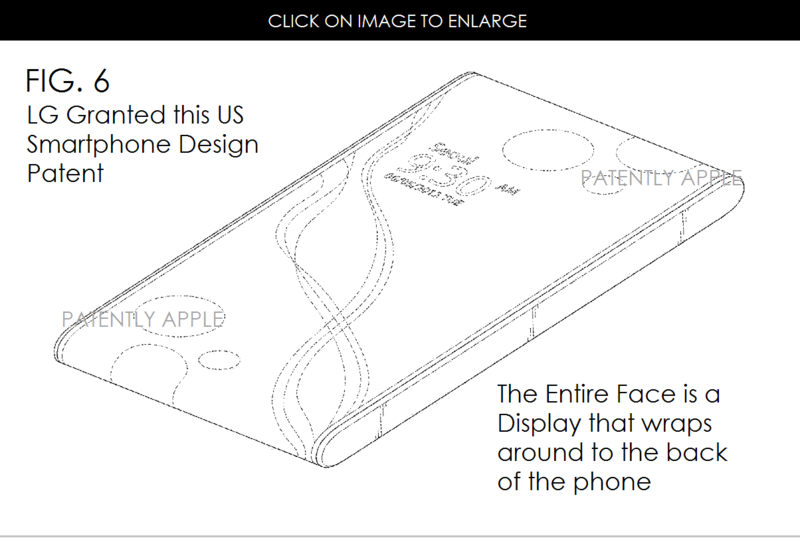 The design has the display wrap around the face to the backside where it could add virtual buttons and list favorite apps and/or service icons. All of a sudden Apple's move in this direction of dropping their Home button doesn't seem all that outrageous a concept anymore. With Apple's Touch ID being able to be set under the display as we presented yesterday, there would be no conflict in going in this direction. With Apple also having patents on record for flexible iPhone displays (one, two and more) it's an idea that's starting to grow on me rather quickly. How about you?