A new report published last night stated that until now, there have only been two players in subscription music: Spotify and everybody else. That is expected to change today with the launch of Apple Music, offering unlimited, on-demand access to tens of millions of songs for $10 a month.

According to the Wall Street Journal, "Apple will rely on its brand, its installed base of users and its marketing prowess to differentiate itself and attract the millions of users it needs to create a successful competitor in a market that so far has had a small, if enthusiastic, user base.

Apple said its new streaming music service will be available later this morning in the U.S. as part of an update for its iOS software. The company is betting that it can convert a meaningful percentage of its 800 million iTunes accounts—most with credit cards attached—to the service.

One of the interesting points made in the Wall Street Journal report is that "Only about 25% of the 110 million iTunes Music customers who bought music last year spent more than $110 on songs and albums, according to people in the music industry. To attract enough users, Apple may have to position its new subscription service as more than just a replacement for downloads." One of the advantages Apple will have with Apple Music is their "Connect" segment where musicians give their fans a closer look at their work, their inspirations, and their world. It's a main line into the heart of music — great stuff straight from the artists. Along with that will be exclusives, a lot of exclusives like the new tune from Pharrell that debuts today called "Freedom," or being able to stream the "1989" album from Taylor Swift. And it wouldn't be surprising in the least to see exclusive concerts coming to "Connect" sometime down the road. For others, it'll be their accompanied radio service that will rev up subscriptions with great interviews and energy by their top DJs.

Today, Apple's iTunes is the number one online music platform in the world with the largest installed base of customers who pay for music.

Today, a new music chapter begins with Apple Music. It's likely to rocket past Spotify in just its first 90 days after the initial 90 day free trial period has been completed. And best of all for the industry, every new subscriber will be a paying one. 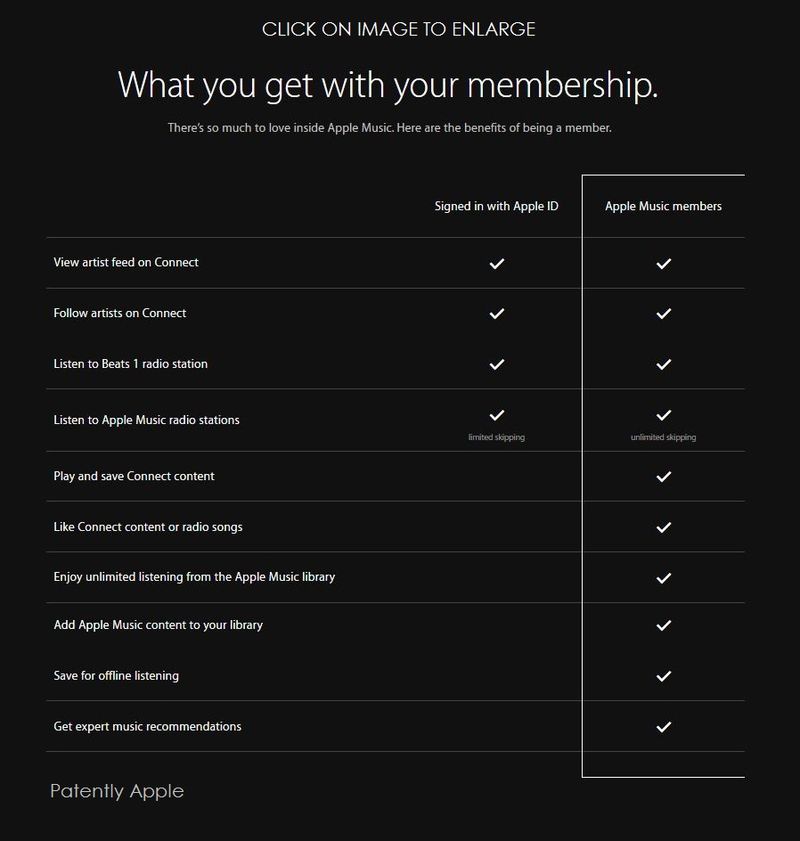 CNBC Video: What to Expect from Apple Music