Love it or hate it, the new MacBook packs a design punch that can't be ignored. Apple reinvented the keyboard using a new butterfly mechanism; they added new precision backlighting; they included a new Retina display with a resolution of 2304 x 1440; they added a new trackpad that includes new Force Touch capabilities that uses Apple's new Taptic Engine; Apple even reinvented how batteries could be layered into the MacBook to jam in more power for mobile users. And lastly, they offered the new MacBooks in three colors like the gold as noted in our cover graphic. And while we never thought about it before, did you notice the perfect color matching between the aluminum and the capacitive glass surfaced trackpad? Well, that didn't come about by accident. It's a patent-pending color matching system Apple invented and today, the U.S. Patent & Trademark Office published Apple's patent application revealing all the magic behind their elaborate color matching system.

Many computing devices have enclosures and coverings that include metallic surfaces that give the devices an aesthetically pleasing and durable look and feel. The metallic surfaces typically have a thin passivation layer that increases the corrosion resistance and wear resistance of the metal. This thin passivation layer is generally formed using an electrolytic process called anodizing, whereby the metal part acts as an anode. During anodizing, a portion of the exposed metal is converted to a metal oxide layer, sometimes referred to as an anodic film or layer. The anodic layer can be dyed to give the metal surfaces any of a number of different colors.

Apple's patent FIG. 1 illustrated below shows us a perspective view of MacBook which includes non-metallic portions that can be colorized to match dyed anodized metal portions using methods described in this patent filing. 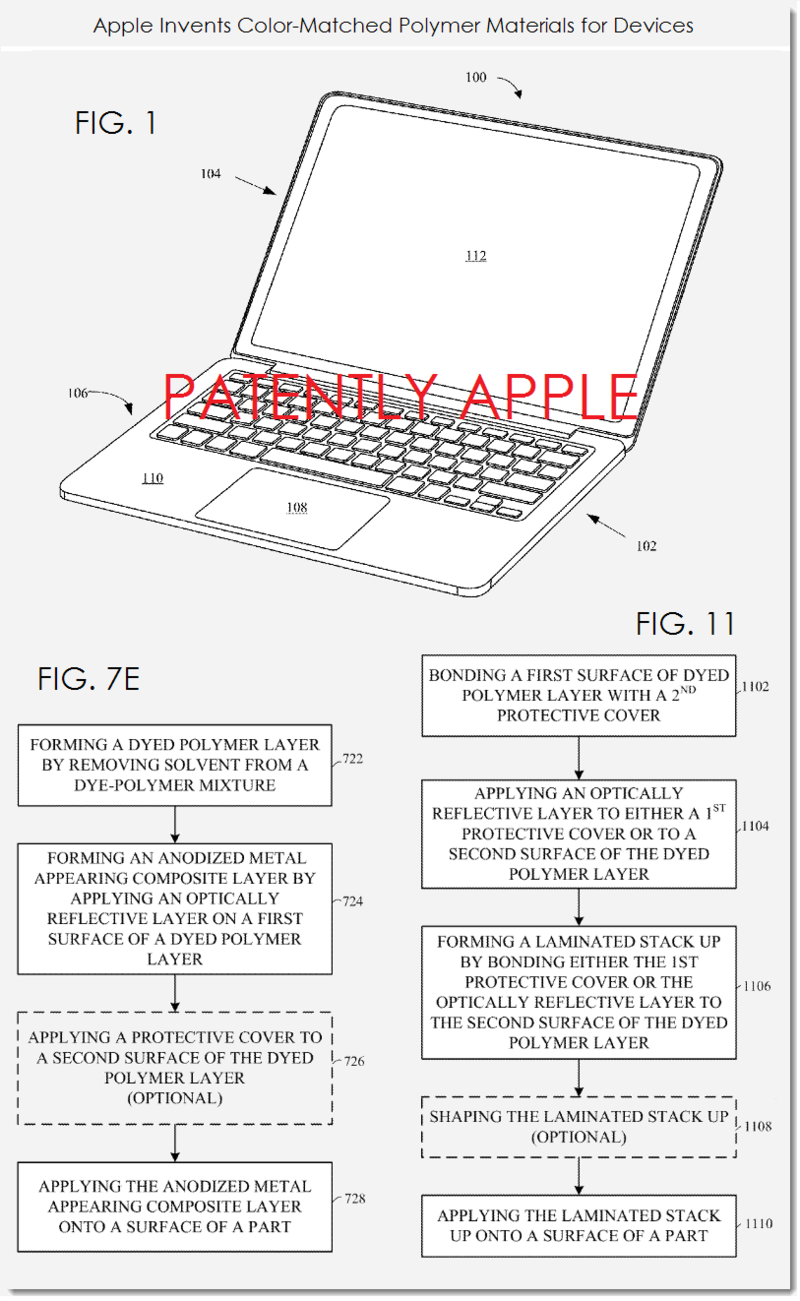 For those interested in exploring all of the finer details behind this invention simply click here.The color matching system also applies to the iPhone. 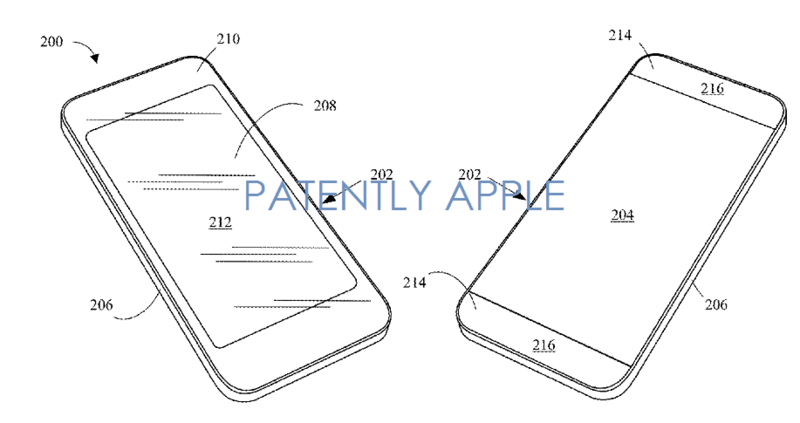 Apple's Jony Ive is a legendary details man and today's invention is reflective of his and his team's fanatical passion to create the tiniest of details that make the new MacBook so seemingly beautiful to hold and work on.

Apple credits Brian Demers, Peteris Augenbergs, Brandon Farmer, Garrett Poe and Joni Kay as the inventors of this patent application which was originally filed in Q3 2014. This is another patent fulfilled.