Last week Apple had added four videos to their "Shot on iPhone 6" World Gallery archive of films and last night Apple added another two shot by iPhone 6 users Jirasak and Willian. The videos are presented below. Also making the news is Apple winning an ad campaign award in Cannes this week related to the Shot on iPhone 6 series.

"It's hard to miss Apple's ubiquitous 'Shot on iPhone 6′ campaign, which is an extension of its World Gallery project," writes Canadian website Mobilesyrup. Apple "selected 162 photographers (and photos) to showcase on its website and, eventually, in its marketing materials. The ad campaign, at its height, was conducted in 75 cities in 25 countries, with more than 10,000 installations in total. The campaign has now spread to video, too, with a series of 15-second films showcased on Apple's website."

The report further noted that "Apple and its collaborating agency, TBWA/Media Arts Lab, have now taken home one of the most prestigious advertising awards in the world for the 'Shot on iPhone 6′ campaign. The company won the 'The Cannes Lion Outdoor' award at the annual Cannes Lion advertising gala. 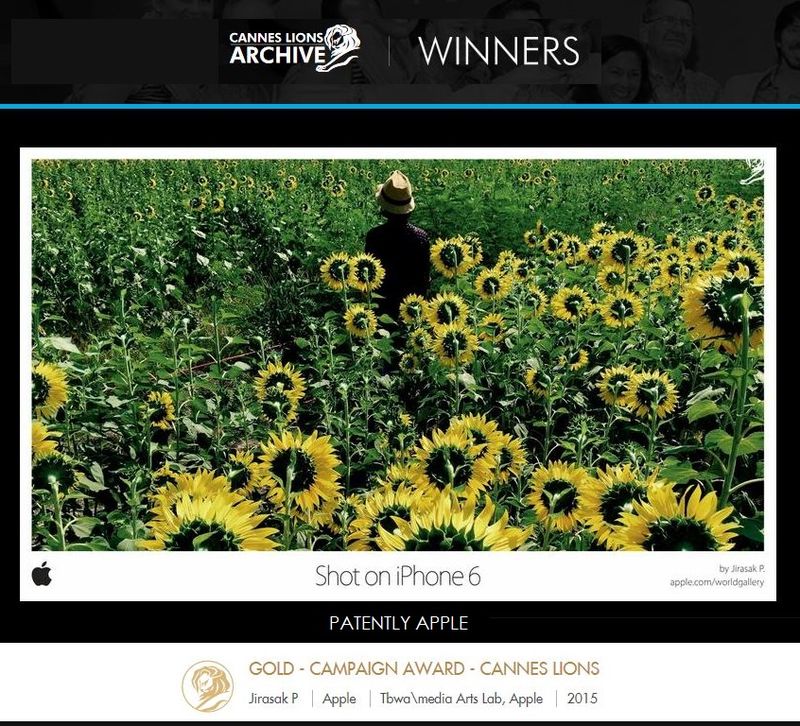 The jury president behind the selection said of the campaign, "It's not just a great idea, it's a game changer. It's really opening a new way of doing things and changing behavior."

The winning photo was shot by Jirasak P. who is the one who created the first new video shown at the top of our report. Congratulations Jirasak!

In May we reported on the new ads created for the new "Mulsanne" by Bentley Motors that was shot using Apple's iPhone 6.