Apple Invents a Method for the iPhone to Locate Friends, Family and/or Colleagues within Buildings like a Mall

Apple notes in a newly published patent application that mobile devices are often configured with hardware and software for determining a location of mobile devices. Typical location determining mechanisms use signals received from global navigation satellite systems (GNSS), cellular transceivers and other wireless technologies. Often these location determining mechanisms work well outdoors but have limited effectiveness in indoor locations. Today, Apple reveals a solution for this which involves location sharing between two devices in an indoor environment. In 2013 Apple acquired WiFiSLAM that owned technology that stemmed from a Stanford University project that we noted in a 2014 report titled "Apple and Google Headed for an Indoor Location Services War." Since that time Apple has filed other patent applications like one relating to seamless transition between outdoor and indoor location tracking for vehicles within Parkades (indoor parking). Today's patent filing from Apple covers location sharing between devices within an office building or mall. 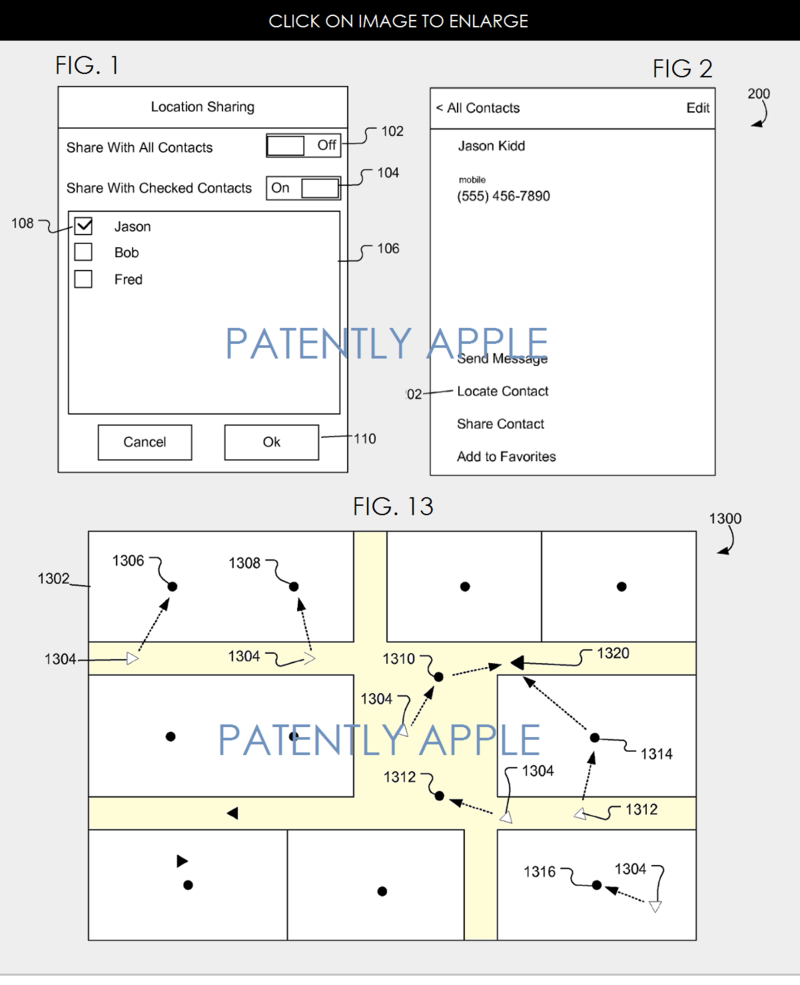 Apple's patent FIG. 13 illustrates an example system for determining a path that a target mobile device has taken through a building. Apple's patent claims note that the invention uses Bluetooth low energy signals, the same technology that's used in iBeacons.