While MIT's top 50 Smartest Companies ranks Apple at number 16, they think that Tesla, Xiaomi, Netflix, Google and Amazon beat Apple. MIT said that sometimes they hear that technology companies have lost their ambition. Too many great minds are pouring their energy into the next app for the affluent, the argument goes. Where is the daring? Right here – on this year's top 50 Smartest Companies List.

This year, when the editors of MIT Technology Review began their annual search for the smartest companies, they did not have trouble finding big ideas. To make the list, a company must have truly innovative technology and a business model that is both practical and ambitious, with the result that it has set the agenda in its field over the past 12 months. Click on the image below to see all of the companies on the list. 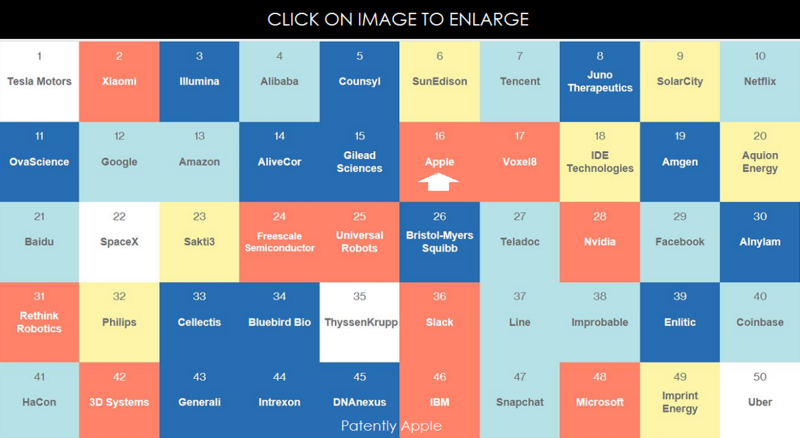 Some of the top companies of interest to me are presented below and I must confess that the list, in some way, is for dreamers. But that's the fun of thinking big and trying new things even if you fail spectacularly. Apple is a great company hands down, but some think that Apple is way to slow at development and they're not pushing enough big ideas relative to their size. I fully understand that there are die-hard Apple fans out there that will yell bloody murder that MIT is stupid for not acknowledging Apple as the number one company based on their profits. But that's not really the criteria was about and they admit it's a bit subjective. They think that Bristol-Myers Squibb is No. 26, for selling an immunotherapy drug that is saving the lives of people with skin and lung cancer. Okay, saving lives is more important than car batteries or cheap phones from Xiaomi. The team at MIT have their priorities a little out of tune. But hey, that's just my take. 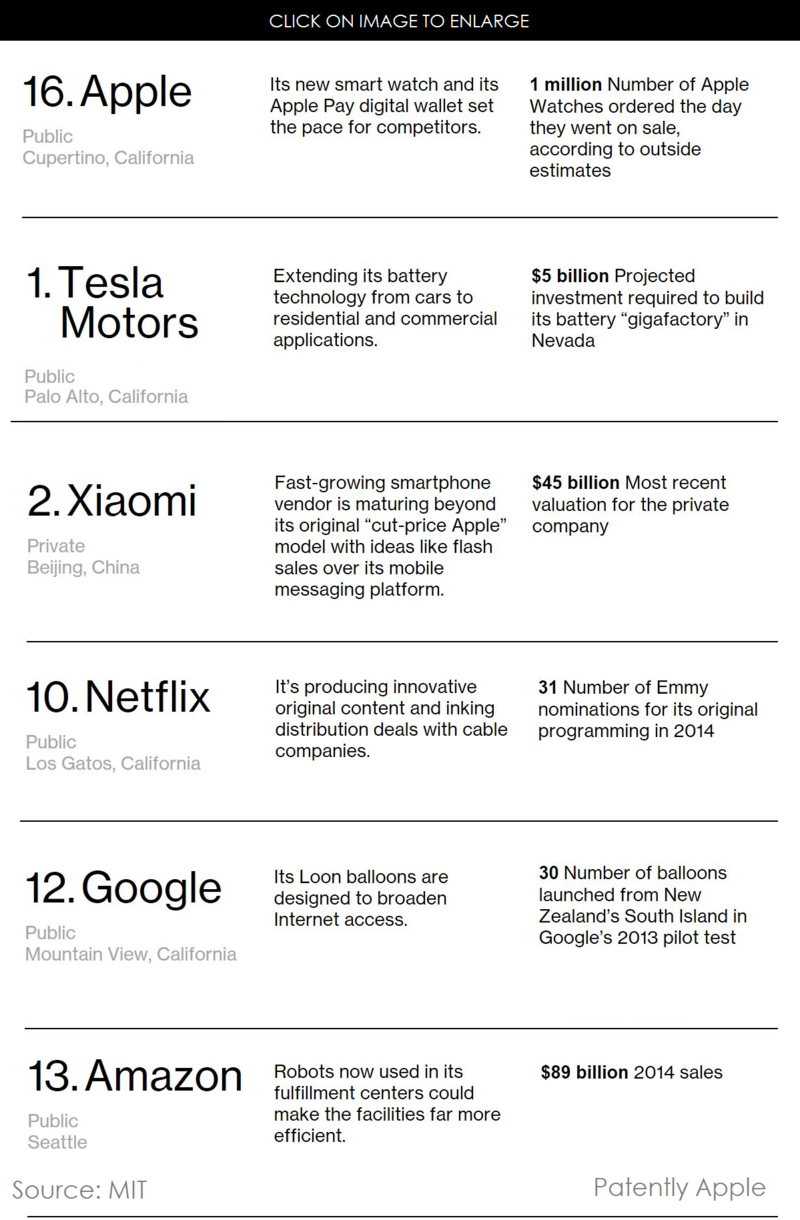 If you happen to want to know a little more about another favorite company of yours that you're following, check out the MIT report and simply click on the company you want as the chart is fully interactive.

For the record, Forbes and others said that Apple didn't make the top 50 when they clearly did. Was there another version of the report? Did MIT change their minds? I don't know. The chart that I worked with above clearly has Apple as number 16 as you could see for yourself. I'm not sure where the confusion came from.