Apple Hiring a Team of Journalists for Apple News, Described as a Jaw-Dropping Development

According to a new report this afternoon, Apple is hiring a team of journalists to run its Apple News service, part of a broader push by the company to personalize the content it selects and delivers to users of its devices.

The Apple editorial team will liaise with publishers, which include the Financial Times, New York Times, The Guardian and The Economist, which have signed up to provide content to the news service.

A job ad posted for Apple News, which replaces Apple's Newsstand and will compete with Facebook's new Instant Articles service, said successful candidates would "identify and deliver the best in breaking national, global, and local news".

It is seeking candidates with more than five years of "newsroom experience" able to "recognise original, compelling stories unlikely to be identified by algorithms". Apple declined to comment beyond the job ad.

According to the Financial Times, "One publisher that has had negotiations with Apple over the news service said the hiring of journalists was 'jaw-dropping' and 'a real surprise.'" 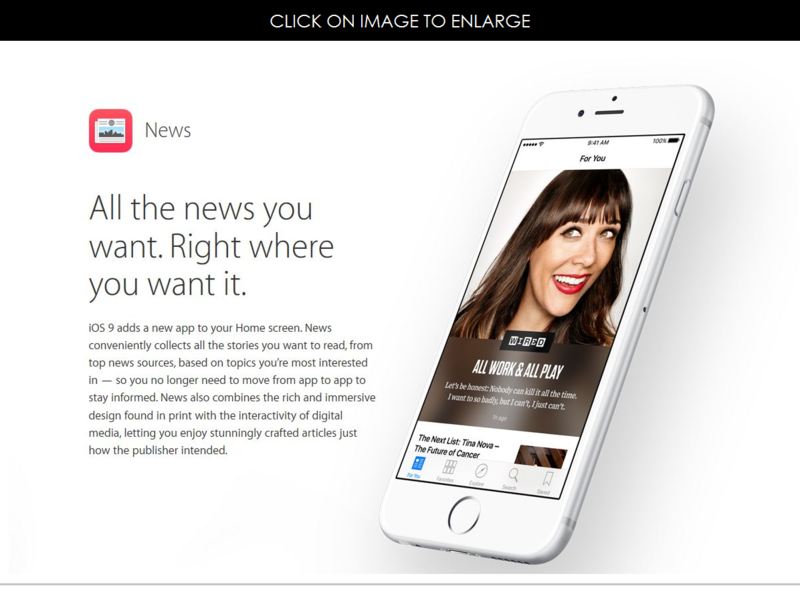 The publishers participating in Apple News will supply Apple with a few stories each day, which will be served as a stream from an icon on the home screen of connected Apple devices. The publishers will keep any advertising revenue they generate from ads sold around these stories; if they want Apple to sell the ads the iPhone maker will keep a 30 per cent cut of any revenues. For more on this read the full Financial Times report here. For more on Apple's iOS 9 app called News, check out Apple's website here.