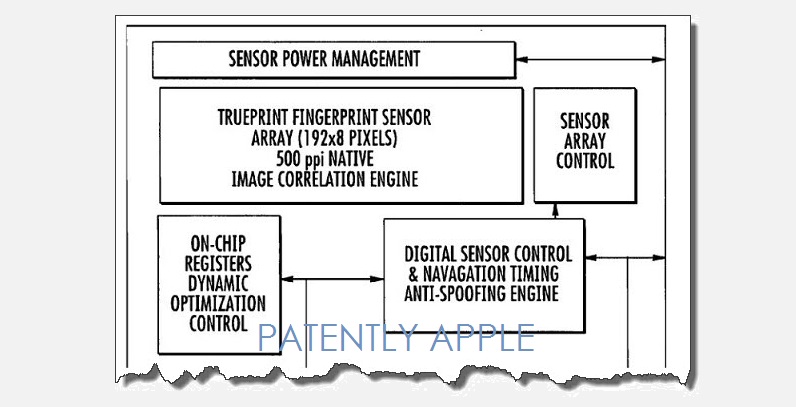 The U.S. Patent and Trademark Office officially published a series of 48 newly granted patents for Apple Inc. today. In this particular report we cover Apple's patent that shows us that Apple is considering integrating Touch ID into future Macs.

In Apple's patent FIG. 1 we're able to see a notebook computer (#10) with enhanced security features. While the computer shown is a notebook, the patent clearly states that the computer could be a desktop or other computer device.

Apple notes that the computer includes a display connected to a base or housing. A keyboard and a biometric security sensor #14 may be included on a top side of the base. 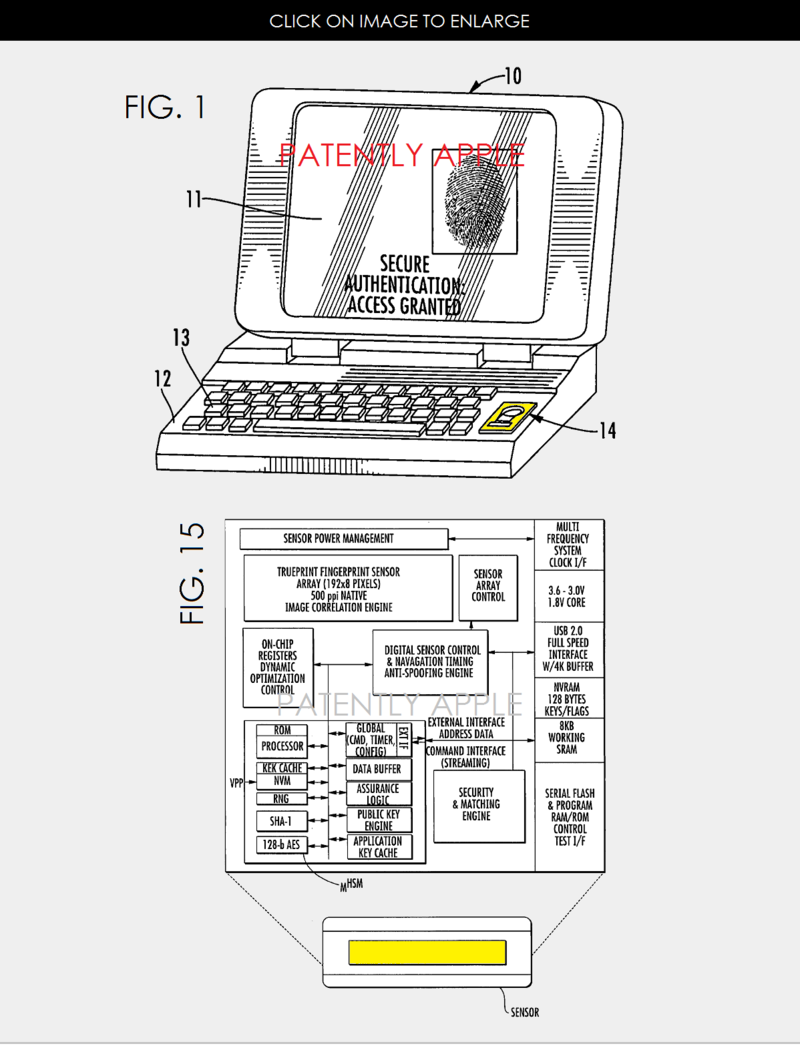 The finger image data may include data based upon ridges, valleys, pores and/or capillaries, at the surface or within the skin, for example. The finger sensing apparatus #110 also illustratively includes match circuitry #118 on the IC substrate #112 for performing finger matching based at least upon the image watermark 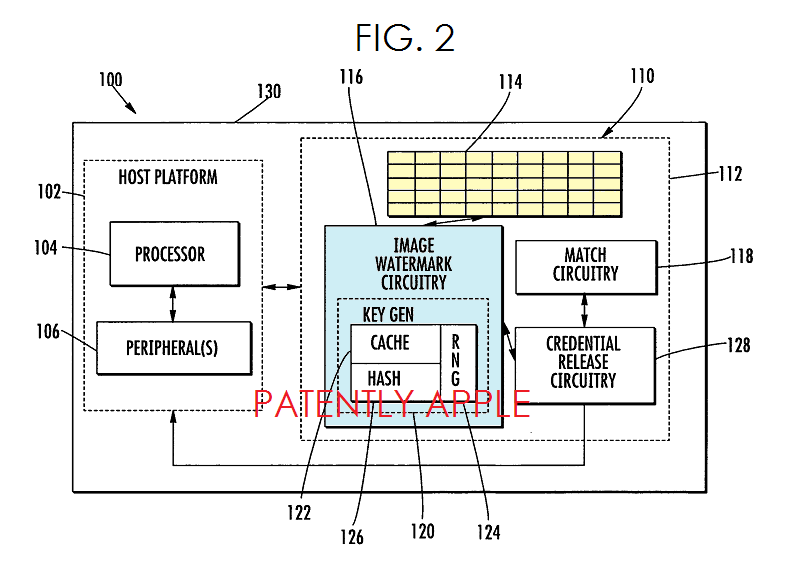 Apple credits their Senior Algorithm Scientist Michael Boshra as one of the inventors of this granted patent. Boshra has extensive research experience in a variety of areas in computer vision, pattern recognition and biometrics. He came to Apple in the Authentec acquisition. Eight engineers in total were credited for this invention (9,053,351). The original filing dates back to 2007.