In June we noted that rumors were surfacing that Apple is working on a 3D camera system. Earlier in April, Intel's RealSense 3D camera was shown to be on a new tablet from Dell and Intel's CEO Brian M. Krzanich revealed during their IDF 2015 event held in Shenzhen, China, that this camera technology was coming to smartphones beginning this fall. Today, the U.S. Patent and Trademark Office officially granted Apple another patent for 3D mapping related to a possible future 3D iDevice camera.

Apple's newly granted patent covers their invention relating to computer vision, and specifically to three-dimensional (3D) mapping and imaging. Apple's patent FIG. 1 below is a schematic side view of an imaging device for 3D mapping. 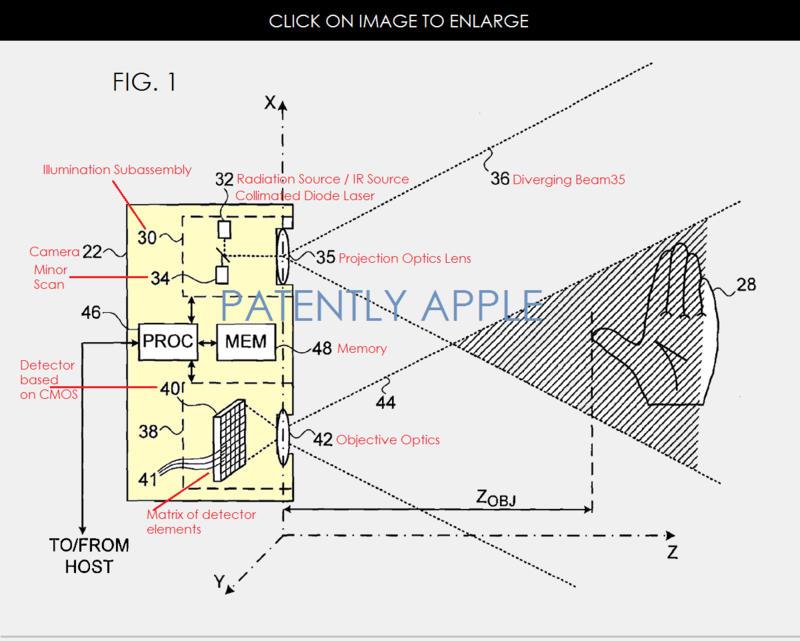 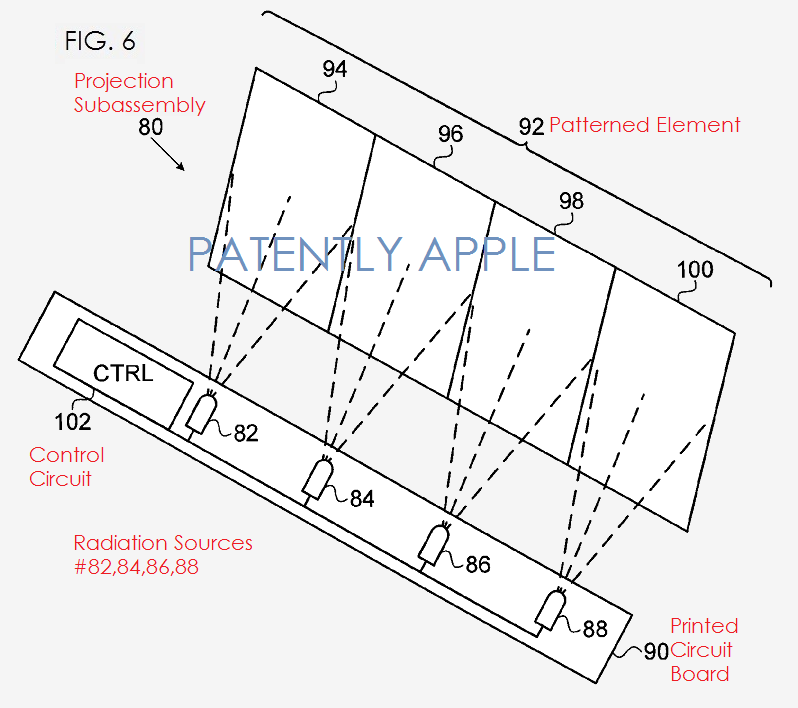 Apple's patent FIG. 6 noted above is a schematic pictorial view of an illumination subassembly.

Apple credits former PrimeSense engineer Alexander Shpunt as the sole inventor of granted patent number 9,066,087 which was originally filed in Q2 2012 and published today by the US Patent and Trademark Office.

Other granted patents relating to this technology could be found here: December 2014 "Apple wins a 3D Mapping Laser Beam Projector System Patent;." May 2015 "Apple Wins Patent for a Projector System Designed for Controlling Games on iDevices via Gestures."

Other PrimeSense Patents that Apple now owns have been covered in a number of our patent reports and here are just a few examples:

Three: Take a Peek at a Few Key PrimeSense Patents that Apple Gained

Six: Apple Granted another Major 3D Sensing Patent that could be used with Future Macs, Apple TV and beyond