The U.S. Patent and Trademark Office officially published a series of 52 newly granted patents for Apple Inc. today. In this particular report we cover a tool designed to create the chamfered edges found on the iPhone 5S and the apertures found in all iPhones. Apple's second patent covers hearing aid detection technology using magnetics. This covers more of Apple's work for the disabled. Last week we reported that Apple was one of Five Honorees at the Helen Keller Achievement Awards Event held in New York. We wrap up this week's granted patent report with our traditional listing of the remaining granted patents that were issued to Apple today.

Apple's newly granted patent covers their invention related to cutting and to surface finishing. More specifically, Apple's invention covers methods and a diamond cutting tools that creates chamfered edges and cutting a highly reflective and smooth surface on a finished product like the iPhone 5S as noted below.

The shank is preferably made from a rigid material, such as carbide, to rigidly maintain the position of the cutting tool during cutting, thereby allowing a smoother finished cut to be made. The shape of the shank can vary to maximize rigidity during the cutting procedure. 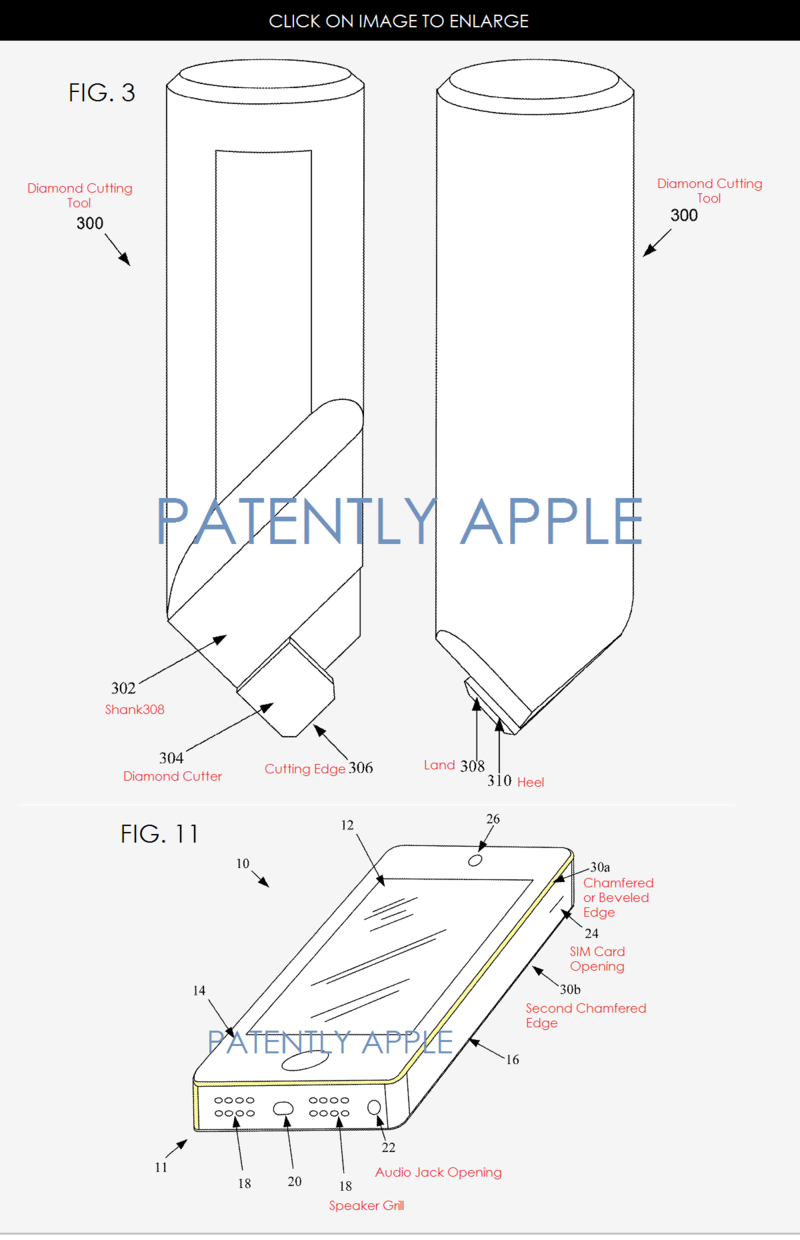 Apple credits Napthaneal Tan and Lucy Browning as the inventors of granted patent 9,061,358 which was originally filed in Q3 2012 and published today by the US Patent and Trademark Office.

Apple's newly granted patent covers their invention related to a portable audio device that detects the presence of a hearing aid and provides an output signal according to the presence or absence of the hearing aid. Apple credits Shaohai Chen and Ching-Yu Tam as the inventors of granted patent 9,065,929 which was originally filed in Q3 2011 and published today by the US Patent and Trademark Office. Apple was granted a related patent back in 2013 that covered a T-Coil solution. 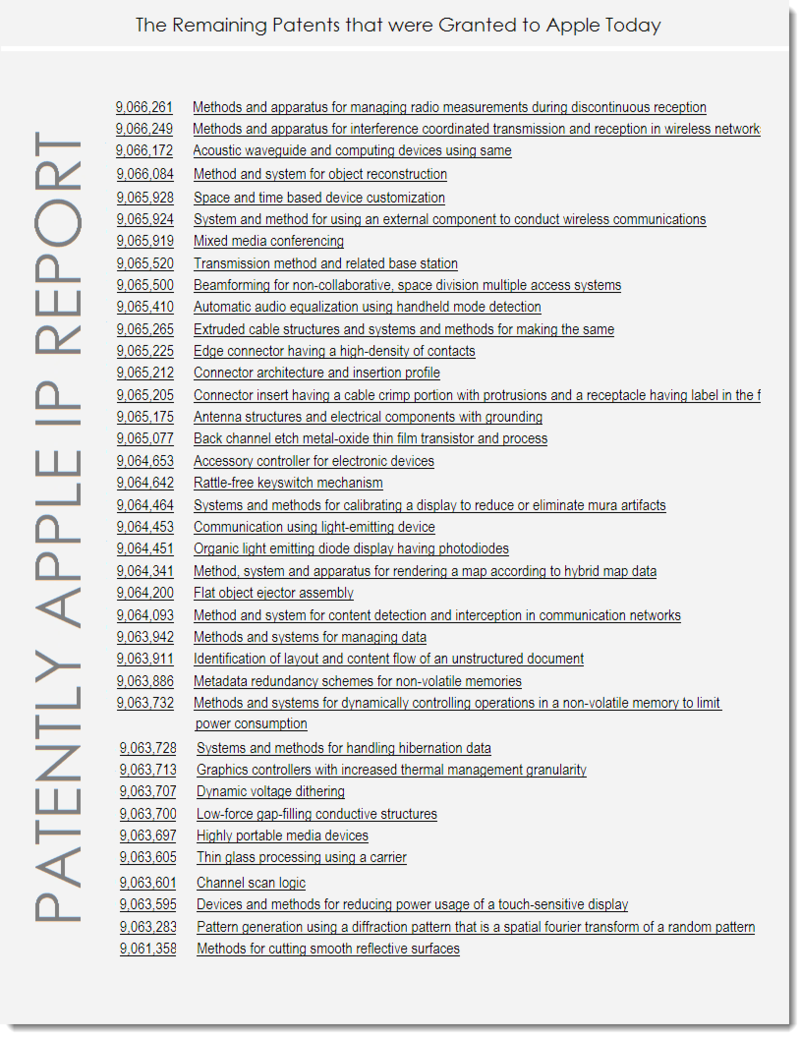