The U.S. Patent and Trademark Office officially published a series of 42 newly granted patents for Apple Inc. today. In this particular report we briefly cover Apple's patents relating to an advanced robotic arm, a new liquid metal related invention and a few other minor patents of interest. We wrap up this week's granted patent report with our traditional listing of the remaining granted patents that were issued to Apple today. 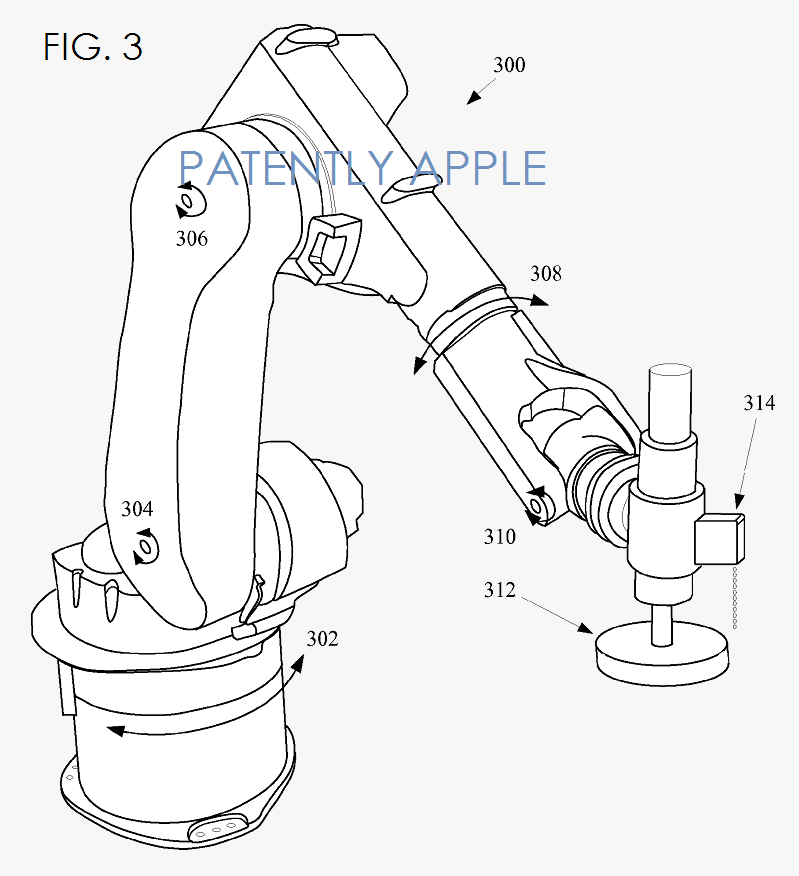 Patently Apple originally covered this invention as a patent application back in Q1 2014. See our original report for more details.

Apple credits Shravan Bharadwaj as the sole inventor of granted patent 9,044,839 which was originally filed in Q3 2012 and published today by the US Patent and Trademark Office.

Apple's newly granted patent covers their invention relating to a method of selectively depositing molten bulk metallic glass (BMG). In one embodiment, a continuous stream or discrete droplets of molten BMG is deposited to selected positions. The deposition can be repeated as needed layer by layer. One or more layers of non-BMG can be used as needed. 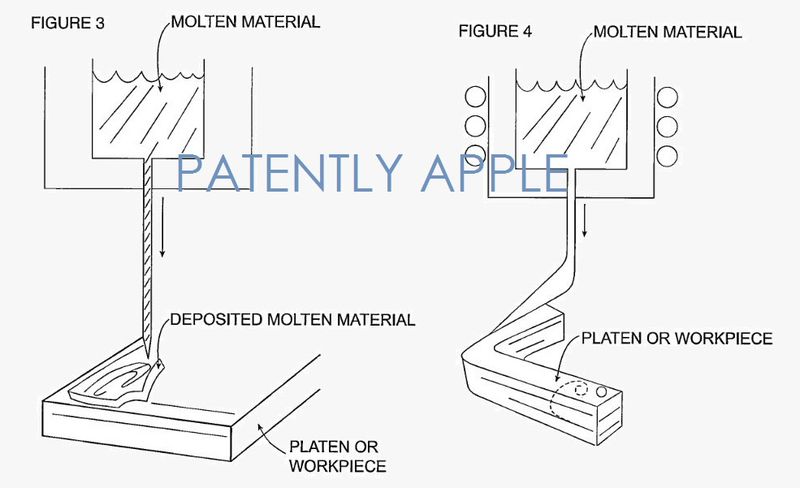 Apple's liquid metal (BMG) related patents are never specific as to what products or product parts the metal will be used for. Instead they consistently take a shotgun approach and list a wide variety of possible devices as follows:

"it can be a telephone, such as a cell phone, and a land-line phone, or any communication device, such as a smart phone, including, for example an iPhone.TM., and an electronic email sending/receiving device. It can be a part of a display, such as a digital display, a TV monitor, an electronic-book reader, a portable web-browser (e.g., iPad.TM.), and a computer monitor. It can also be an entertainment device, including a portable DVD player, conventional DVD player, Blue-Ray disk player, video game console, music player, such as a portable music player (e.g., iPod.TM.), etc. It can also be a part of a device that provides control, such as controlling the streaming of images, videos, sounds (e.g., Apple TV.TM.), or it can be a remote control for an electronic device. It can be a part of a computer or its accessories, such as the hard drive tower housing or casing, laptop housing, laptop keyboard, laptop track pad, desktop keyboard, mouse, and speaker. The article can also be applied to a device such as a watch or a clock." 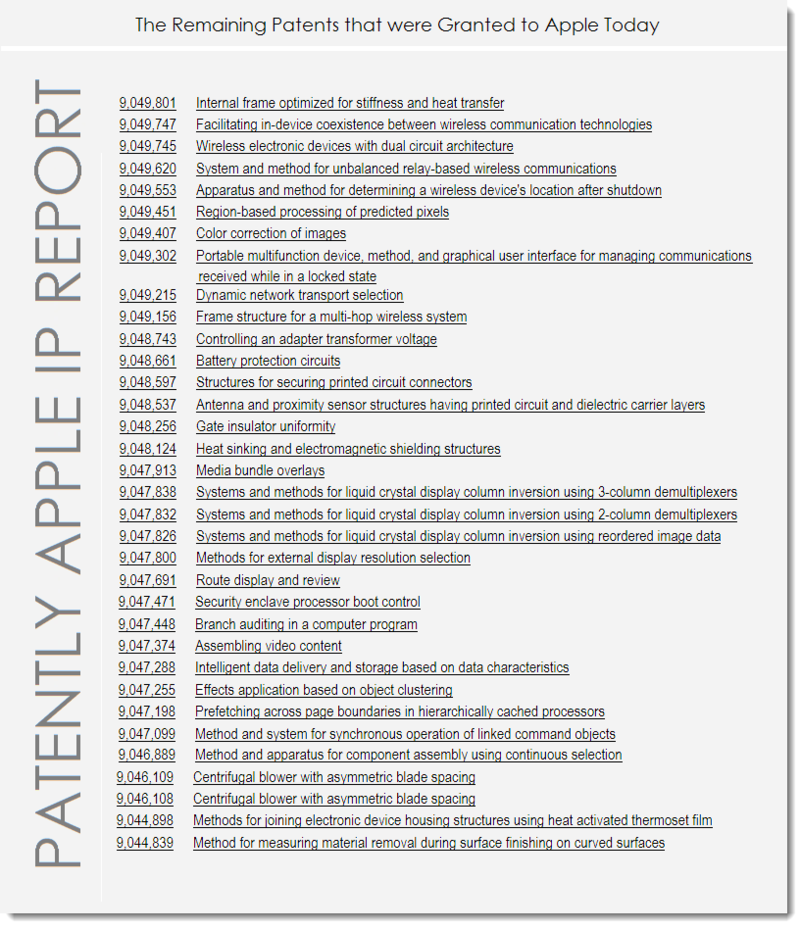