Apple Describes the Creation of the Band for Apple Watch Sport 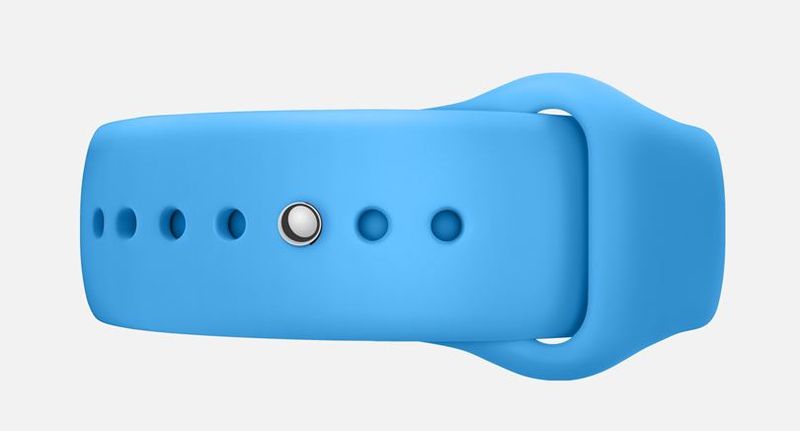 On June 25, 2015, the U.S. Patent & Trademark Office published a patent application from Apple that reveals how they invented Apple Watch bands such as the one for Apple Watch Sport. The newly designed method could later be extended to create purse straps and articles of clothing. Apple notes that the woven fabric band, which contains polymers, includes two different layers of materials which have distinctly different melting points so that the items could be shaped to specifications. 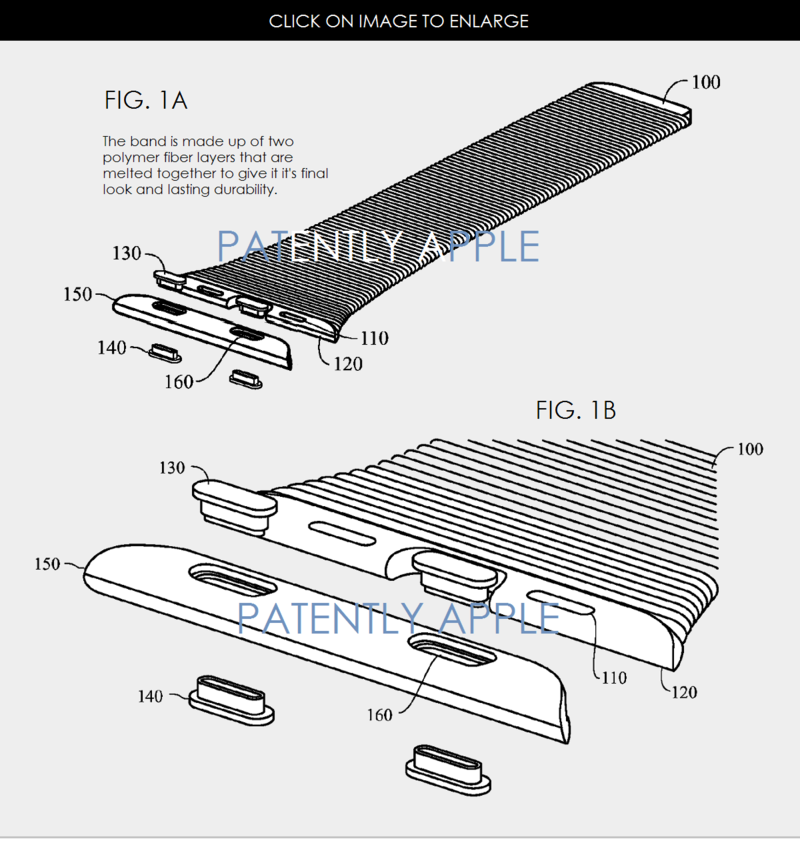 Apple notes that although the term fabric is used herein, it is contemplated that the embodiments and methods described herein may be applied to various materials that can be woven together. It is also contemplated that the material, when woven together, may be cut, manufactured or manipulated into various shapes, articles and objects having varying dimensions. Non-limiting examples of the fabric may include nylon and other such polymers.

Apple's patent FIGS. 6A to FIG. 6C noted below illustrate an exemplary woven fabric band #600 having a plurality of threads #640 for securing an object #630 to the woven fabric band. Although the term fabric is used herein, it is contemplated that the embodiments and methods described herein may be applied to various materials that can be woven together to form a strap, band, article of clothing and the like. 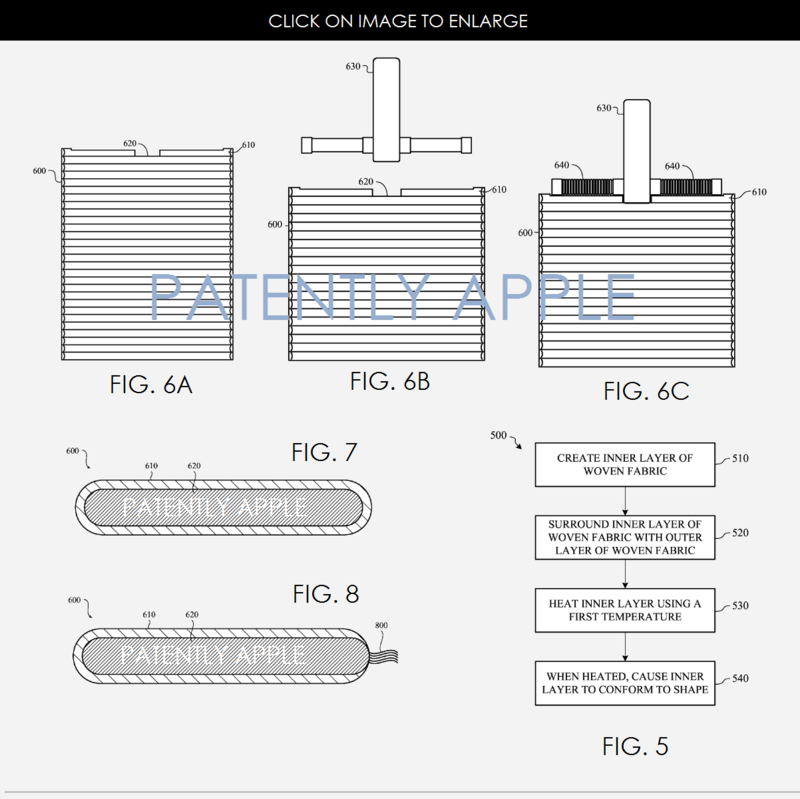 Apple's patent FIG. 8 illustrates a cross-sectional view of the woven fabric band 600 with a plurality threads extending out that will later be removed.

Apple's patent FIG. 5 noted above is a flow diagram that illustrates a method #500 for creating a woven fabric band. The method may be used to create ornamental designs or shapes on the woven fabric band including holes, depressions, logos, ridges, bosses, links, protrusions and the like. The method may also be used to generate a number of different three-dimensional shapes and configurations.

While Apple never reveals the type of polymers used for the creation of these bands, it's a known fact that Apple uses Fluoroelastomer for the Apple Watch Sport. The performance of fluoroelastomers in aggressive chemicals depends on the nature of the base polymer and the compounding ingredients used for molding the final products.