Apple Acquires the Majority of the Fingerprint Patent Portfolio from Privaris

It's being reported today that Privaris, a Charlottesville, Virginia, based startup, has recently transferred 26 of its 31 patents to Apple. Privaris primarily makes tiny fingerprint readers that attach to your key chain. More interesting is that the Privaris website news hasn't been updated since November 2009. That doesn't sound like a start-up. Further, they still list Authentec as one of their technology partners, a company Apple acquired in 2012.

According to the report, "Apple acquired its first three Privaris patents on December 19, 2012, and Apple bought most of the other Privaris patents in October 2014." Considering their website hasn't been updated in four and half years, Apple has likely acquired the patents but not the company as the report suggests.

It's interesting that the report notes that Privaris has patents that could potentially make the iPhone's TouchID sensor a whole lot more useful as the patents cover the ability to use a touchscreen and fingerprint reader at the same time. However, that's something that Apple has already filed patents for via AuthenTec's technology.

Another invention of Privaris' could allow you to open a door with your iPhone by scanning your fingerprint and holding your phone up to a reader, similar to how you pay for items with Apple Pay. 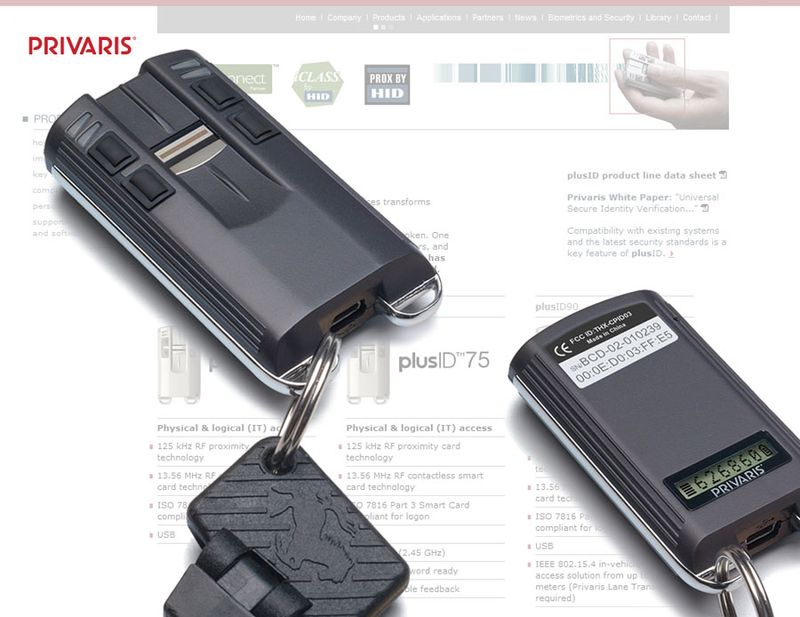 Most of Privaris' patent portfolio is made up of fingerprint and touchscreen technology to make transactions, control machines, and back up personal data. For more on this, see CNN Money's full report. Apple recently acquired Metaio, creator of Thermal Touch technologies which is very cool.

So there's no doubt that Apple is aggressively acquiring fingerprint technologies. But in the case of Privaris, Apple's interest may be restricted to their patent portfolio and little else – but only time will tell.

The Privaris website describes their company in this way:

"Privaris focuses its technology expertise on the intersection of high security biometric applications and the individual's right to personal privacy.

The company's hardware and software products apply the power and security of fingerprint biometrics to everyday life.

Privaris has designed and developed a family of key-fob sized, personal, mobile devices that authenticate an individual's identity before interacting with their existing security systems used for granting access to buildings, offices, and garages (physical security), and computers, networks, and websites (logical security), as well as with the latest "wave and pay" contactless point-of-sale terminals for biometrically authenticated credit card transactions.

Privaris products are targeted for use by the average consumer, small businesses, corporate enterprises of all sizes, and federal, state and local governments.

Privaris Inc. was founded in 2001 and is a privately held Delaware corporation with its headquarters in Charlottesville, Virginia."

A Sample of Privaris Patents

US Patent # 7,481,364 – “Biometric Identification Device with Smartcard Capabilities”   This patent relates to a smart card reader that is part of a separate portable device used for biometrically authenticating its user, prior to approving transactions involving a smartcard.  The patent also discloses the biometric enrollment in a smartcard before its use with the smartcard reader.  An example is Privaris’ bioBase® – a wearable smartcard reader that extends the capabilities of traditional smart cards by adding biometric authentication for both physical and logical access, with long range communication capability. 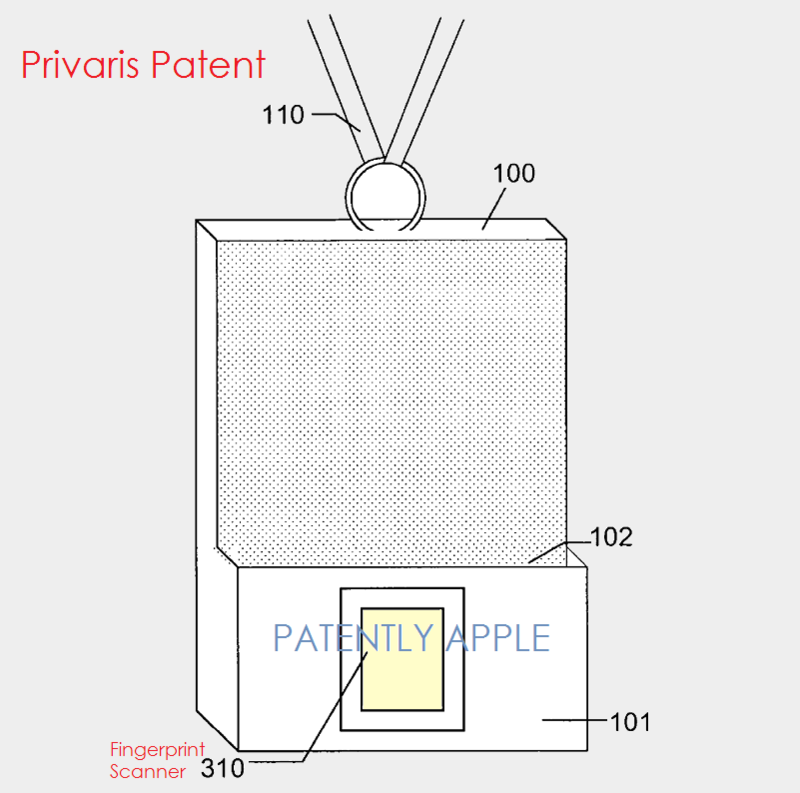 US Patent # 7,525,537 – “Man-Machine Interface for Controlling Access to Electronic Devices”   This is the second in a family of patents that addresses the use of biometrics with touch screens (e.g., high resolution LCD touch screens) that are capable of capturing touch screen input (e.g., fingerprint images) suitable for identity verification.  It relates to the biometric authentication of its user, for example, on-screen or connected wirelessly to another device that subsequently transmits authorization to a separate application.  An example of the latter is the Privaris plusID® personal biometric token, which wirelessly transmits authorization for both physical and logical access.

US Patent # 7,587,611 – “In-Circuit Security System and Methods for Controlling Access to and Use of Sensitive Data” This patent relates to a secure integrated circuit (IC) for use in identity verification, as well as the apparatus surrounding it.  Examples include the Privaris plusID and bioBase personal biometric devices, as well as the secure IC contained in each.  More specifically, this patent relates to a secure IC that is tamper resistant, can support multiple cryptographic services (including generating private keys), can operate wirelessly via RFID and longer range RF, and contains an identity verification subsystem that verifies the identity of its user prior to the IC functionality being unlocked.  The secure IC can be used for identity verification, biometric or otherwise.

US Patent # 7,590,861 – “Methods for Secure Enrollment and Backup of Personal Identity Credentials Into Electronic Devices”   This patent relates to a process for manufacturing a secure biometric device. The process provides users of the biometric device the capability to identify legitimate devices and thus prevent fraudulent devices from being accepted.  The secure manufacturing process disclosed in this patent is embodied in Privaris’ device management software, which confirms the integrity of a device prior to allowing a user’s biometric information to be enrolled.