In late April we posted a report titled "Samsung is so Despised in Japan that they decided to remove their Logo on the Galaxy S6 going on Sale in Japan this Week." The report spelled out that Samsung had been thinking of pulling out of the smartphone market in Japan like they did years ago with televisions. In an effort to gain market share growth in the Japanese market, Samsung came up with a lame plan to stamp their phones with the brand names of Japanese wireless carriers like the Docomo S6 instead of their own branding. So, how did that strategy turn out for Samsung? Well, not so well according to a new report published today.

According to a new report Samsung's new Japanese business model of removing their brand in favor of locals is failing miserably. The new Galaxy S6 is a sales disaster in Japan.

According to a new report by Japanese market research firm BCN, the Galaxy S6 Edge ranked 26th in the Japanese smartphone weekly sales rankings from April 27 to May 3. The sale of the model appeared to be smooth at first, ranking 10th the first week of its launch. However, its ranking went down by 16 notches in just one week. The Galaxy S6 also suffered from a drop in the rankings from 17th in the first week of its release to 30th place in the following week.

This phenomenon is said to be somewhat relevant to Apple's good performance in the Japanese market. The iPhone 6 is the number one smartphone model in Japan. A total of six models made by Apple are in the top 10.

To excuse the Japanese market, the report tries to blame the disastrous sales in Japan on the "growing anti-Korean sentiment in Japan as Japan-South Korea relations have recently gone sour, arising from disputes over history. That sentiment is considered to be another stumbling block to let Samsung soft-land its new model in the Japanese market."

Then the report brings up ancient history to justify Samsung's failure to connect with Japanese consumers. The report notes that "Experts are saying that the reason for lackluster sales of the Galaxy S6 in the Japanese market lies in the so-called MacArthur Syndrome, which could be summarized as the West is believed to be superior to the East. The country was under U.S. occupation from 1945 to 1952." OMG - really?

When a company as big as Samsung and their supporters have to blame geographical history to explain why their product isn't selling well – it's a lost case.

The new report tried to explain that the Galaxy S6 series is popular everywhere but Japan. The report noted that the new Galaxy S6 is one of the top five smartphones in the U.K. and third in German. Funny, isn't it number one anywhere in the world? Being that the report failed to quote a single country where the S6 is leading, it mustn't be leading anywhere.

The thing is even their home turf Korea doesn't think much of the S6 either. The Korean Press noted that the first ten days of sales in Korea were dismal. Is it because the country is really made up of Japanese nationals? Ha! – I don't think so. But I do know that the iPhone 6 was sooooooo popular in Korea that it smashed a sales record for smartphones sold by a foreign company. The excuse then turned to Apple taking advantage of smartphone subsidies.

There's no end to the excuses given for the new Galaxy S6's poor sales and inability to topple Apple's iPhone 6 sales after being on the market now for seven plus months. 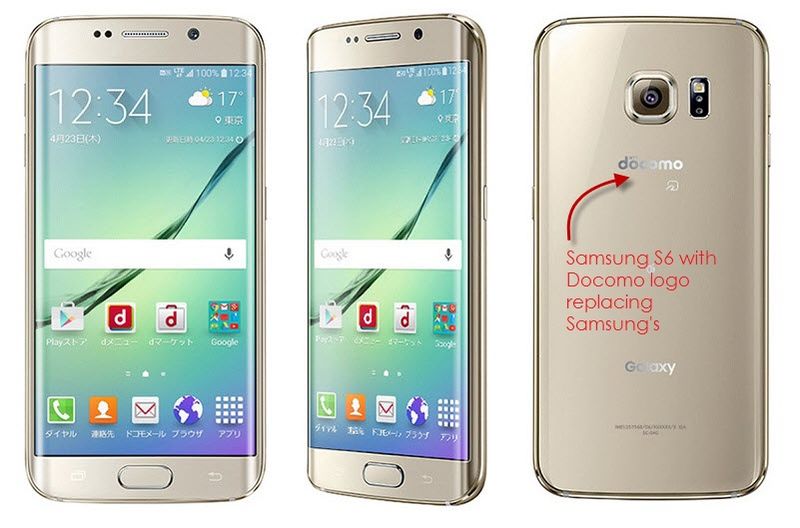 For now, the news is simple. Apple's iPhone 6 is so strong in Japan that Samsung's new S6 is a sales disaster even when removing their brand name. I guess the Japanese wanted to send a message: Do you really think we're dumb enough to not know that the S6 is from Samsung and not Docomo? Putting lipstick on the S6 Pig changed nothing. Perhaps Samsung's first thinking was correct. Perhaps it's time to get out of Dodge – and leave the Japanese market before the rest of the world realizes that the Japanese have gotten it right all along.